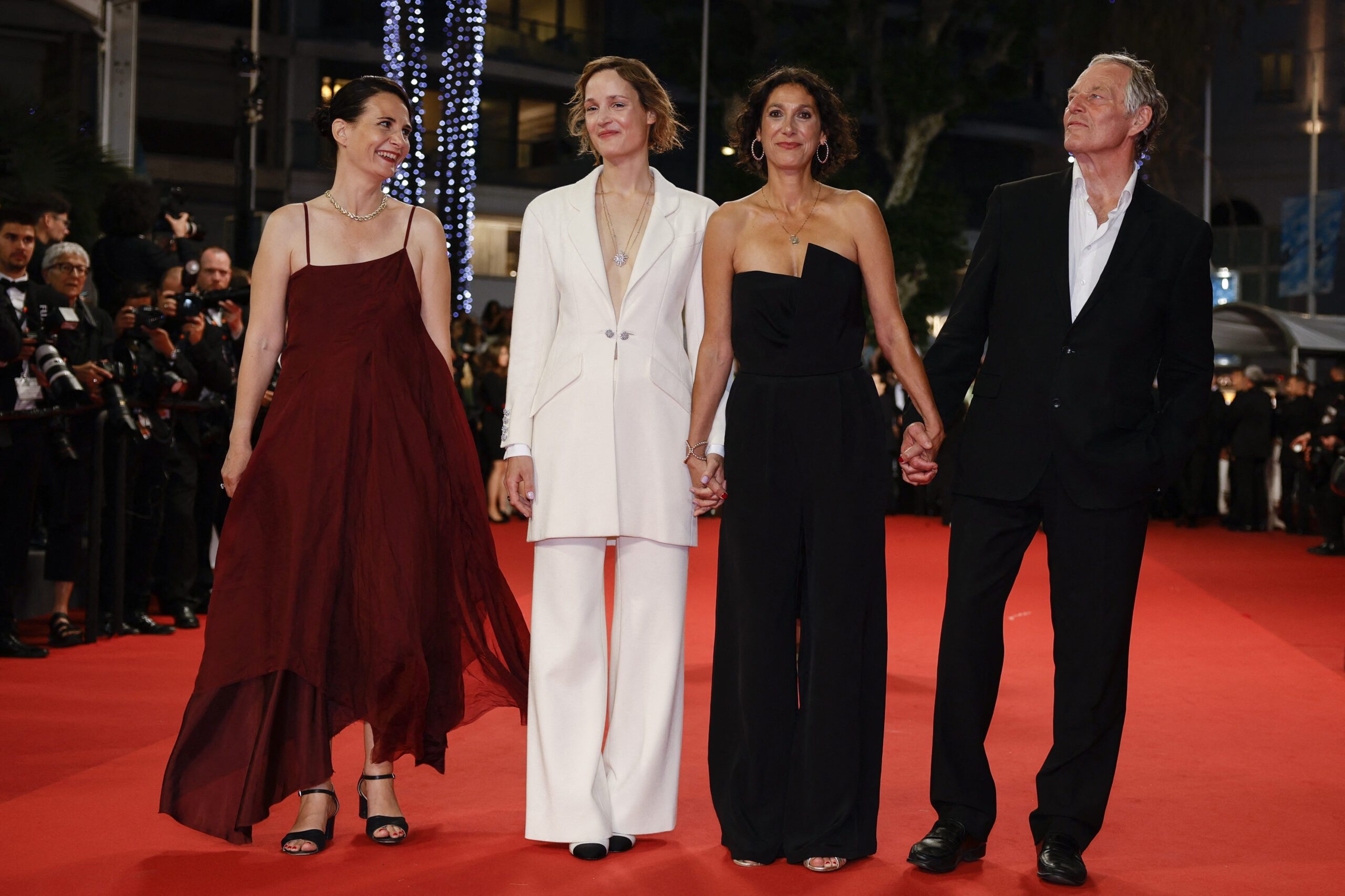 The 75th Cannes Film Festival - Screening of the film "R.M.N." in competition - Red Carpet Arrivals - Cannes, France, May 21, 2022. Director Emily Atef, cast members of the film "Plus Que Jamais" (More Than Ever) Bjorn Floberg and Vicky Krieps and a guest arrive.

Facebook Twitter Copy URL
Copied
Director Emily Atef says the movie is about choice: 'It's about 'how do I want to live that moment as peacefully and as harmoniously for me as possible'

CANNES, France – Late French actor Gaspard Ulliel’s last movie Plus que jamais or More than ever, which premiered at the Cannes Film Festival, explores life and death with the story of a couple confronted with the wife’s terminal illness.

Known for his role portraying fashion designer Yves Saint Laurent in a 2014 biopic, as well as appearing in Chanel perfume ads, Ulliel died following a ski accident in January, prompting an outpouring of grief from fans, fellow stars and public officials.

The 37-year-old actor died just months after filming the movie, in which his character Mathieu and his wife Helene, played by Vicky Krieps, struggle with decisions over how she should live her final months.

Remote fjords in Norway served as a striking backdrop for the film, which was shown in the “Un Certain Regard” section of the world’s biggest film festival. “Un Certain Regard”, or “a certain glance”, runs alongside the main “Palme d’Or” competition and aims to recognize young talent and encourage innovative film-making.

“We were in an incredible place, a beautiful place,” the film’s director Emily Atef told Reuters. “All we did was hike and swim and eat and dance and rehearse outside.” Co-star Krieps, described the natural setting as “absolutely magical”.

“It’s just so pure. The green is so green. The blue is so blue,” said Krieps.

The film is about choice, said Atef, noting that dying patients often do not dare tell family members they want to be alone.

The director recalled a moment with Ulliel last year when they discovered Krieps had two films heading to Cannes.