MANILA, Philippines – Attention Tributes! The games will begin soon as Lionsgate unveils on Sunday, June 5, the first teaser of The Ballad of Songbirds and Snakes, the prequel to the hit Hunger Games franchise.

The one-and-a-half minute clip didn’t show any actual footage from the film, but the chilling teaser featured an icy golden snake slithering along a branch and an icy golden bird – both of which shedded snow from themselves.

“You’re invited to return to the games. In 2023, the world will discover who is a songbird and who is a snake,” the clip said. 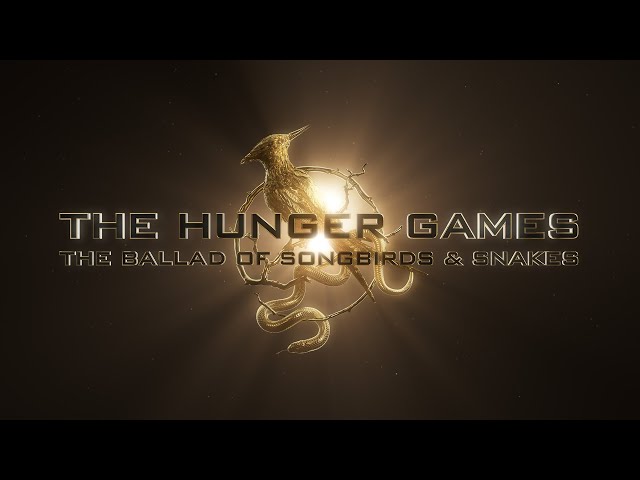 Since The Ballad of Songbirds and Snakes is a prequel to the trilogy, the movie is set years before Coriolanus Snow becomes the tyrannical President of Panem. It instead will follow an 18-year-old Snow, the last hope of his fading lineage, who is alarmed when he is assigned to mentor Lucy Gray Baird, the girl tribute from the impoverished District 12.

“After Lucy Gray commands all of Panem’s attention by defiantly singing during the reaping ceremony, Snow thinks he might be able to turn the odds in their favor. Uniting their instincts for showmanship and newfound political savvy, Snow and Lucy Gray’s race against time to survive will ultimately reveal who is a songbird, and who is a snake,” the film synopsis reads.

The teaser comes after the actors for Snow and Lucy Gray were announced. Coriolanus Snow will be played by Billy The Kid and The Gilded Age actor Tom Blythe, meanwhile, West Side Story breakout star Rachel Zegler will take the role of Lucy Gray Baird.

The successful Hunger Games franchise of four films is based on Collins’ best-selling trilogy that includes the young adult dystopian novels The Hunger Games (2008), Catching Fire (2009), and Mockingjay (2010). Scholastic released Collins’ prequel novel of the same name in May 2020.

The Hunger Games: The Ballad Of Songbirds And Snakes is set to premiere on November 17, 2023. – with reports from Rainielle Kyle Guison/Rappler.com