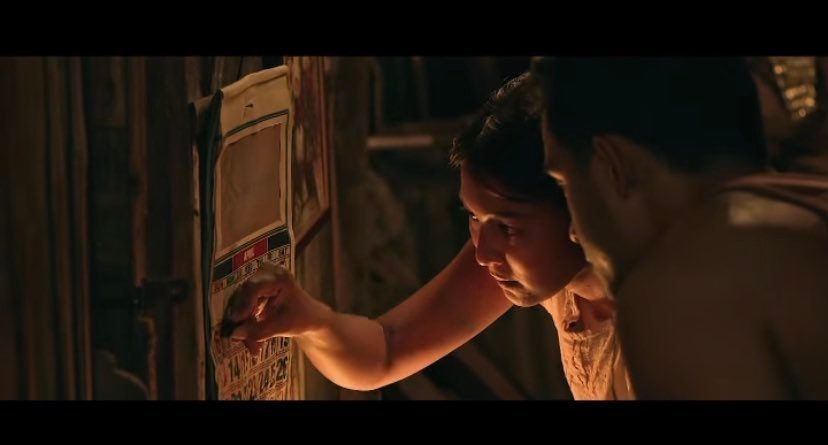 The 45-second clip starts off with romantic day-to-day scenes between Nadine and Diego. The couple, who stays in a dilapidated house, tries their luck in the lotto in hopes for a better future. They appear to have won the jackpot when they start jumping with joy after looking at their lotto ticket.

However, things take a darker turn when the couple get into an apparent altercation. It ends with Nadine’s character, now covered in blood, repeatedly hitting another person while laughing maniacally.

Not much has been revealed about the final plot of the movie, but director Yam has previously said that it falls under the horror or thriller genre. Aside from Nadine and Diego, Epy Quizon is also part of the film.

Greed is set to premiere in April.

Greed marks Nadine’s first movie with Viva Films after she attempted to part ways with Viva Artists Agency in January 2020. The move sparked a legal battle between the two camps, but in December 2021, they finally reached an agreement. They will continue their professional relationship on an “exclusive basis” until 2029, but Nadine retains her right to decide on her branding and image. – Rappler.com