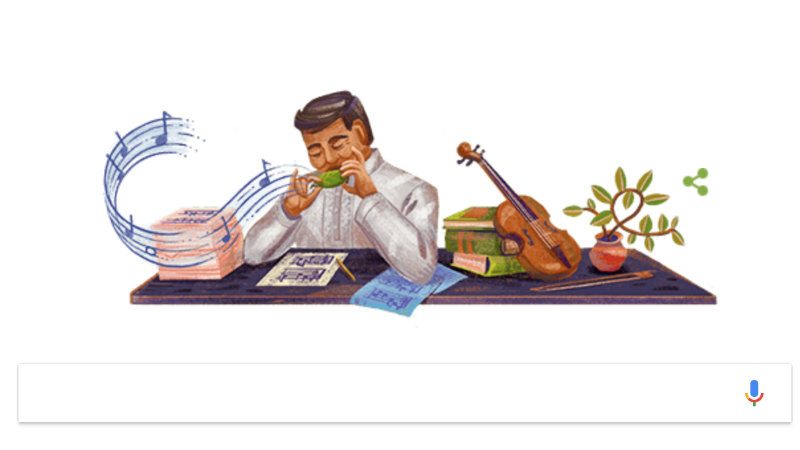 MANILA, Philippines – National Artist for Music and Literature Levi Celerio was honored by tech giant Google on Monday, April 30, with a Google Doodle on its homepage.

Celerio passed away on April 2 and would have turned 108 on April 30.

The Google Doodle shows Celerio surrounded by sheet music, books, a violin, and a plant as he plays music on a leaf.

Described as a “prolific lyricist and composer for decades” by the National Commission for Culture and the Arts, Celerio translated the lyrics of traditional songs including “O Maliwanag Na Buwan“, “Ako ay May Singsing“, and “Alibangbang.”

Most people might remember Celerio for his ability to make music using only a leaf – a feat that landed him a spot in the Guinness Book of World Records.

Celerio was born in Tondo and later joined the Manila Symphony Orchestra as its youngest member. He was a scholar at the Academy of Music in Manila.

“A great number of his songs have been written for the local movies, which earned for him the Lifetime Achievement Award from the Film Academy of the Philippines. Levi Celerio, more importantly, has enriched the Philippine music for no less than two generations with a treasury of more than 4,000 songs in an idiom that has proven to appeal to all social classes,” reads the NCAA citation on Celerio. – Rappler.com