Boyzone is coming back to Manila for their farewell tour 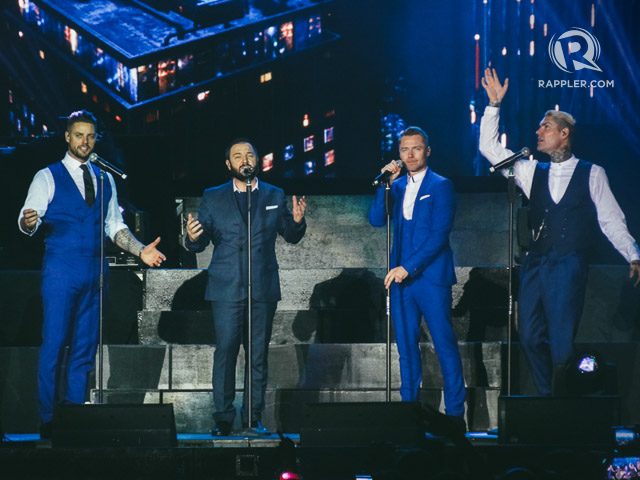 MANILA, Philippines – Three years after their last concert in the Philippines, Irish boyband Boyzone will return to the country as part of their 25th anniversary and farewell tour. The concert will be held at the Mall of Asia Arena on August 26.

The Philippines is one of the stops in their world tour before they formally disband next year.

They previously performed in the country in 2015 at the Smart Araneta Coliseum. The group, composed of Ronan Keating, Shane Lynch, Mikey Graham, and Keith Duffy will perform their classic hits such as the Bee Gee’s “Words,” “Love Me for A Reason,” “Picture of You,” and more.

Formed in 1993, Boyzone became one of Europe’s most popular bands. The group initially disbanded in 1999 but got back together in 2007. Following the death of co-member Stephen Gately in 2009, the boys went on as a foursome, releasing 3 more albums, including this year’s Thank You and Goodnight.

Tickets to the concert will go on sale July 5.