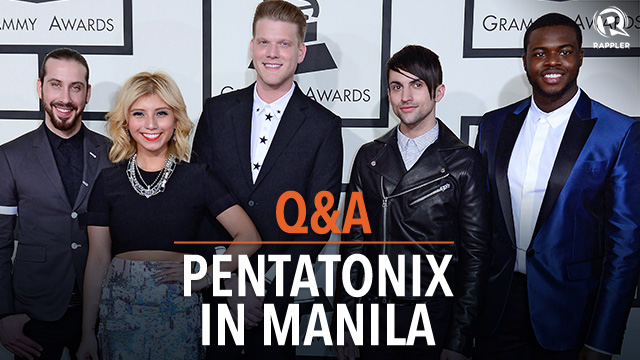 MANILA, Philippines – They were the season 3 winners of The Sing-Off, and after Pentatonix burst onto the scene in 2011, the worlds of a cappella and music were never the same again. (WATCH: 10 best moments from the Pentatonix Manila concert)

So inventive with their sharp, clean beats, creative arrangements of both popular and original songs, Kirstin Maldonado, Avi Kaplan, Kevin Olusola, Scott Hoying, and Mitch Grassi are taking the world by storm, touring all over the globe. Now, they’ve finally made their way to the Philippines for a two-night show (the other in Cebu). (Pentatonix is coming to Cebu!)

Pentatonix, which picked up a Grammy this year for Best Arrangement, Instrumental Or A Cappella for their show-stopping arrangement of a Daft Punk medley, took time to answer a few questions from the media. (Sadly, Kevin couldn’t make it to the press con.)

Here are just a few awesome facts about the group: 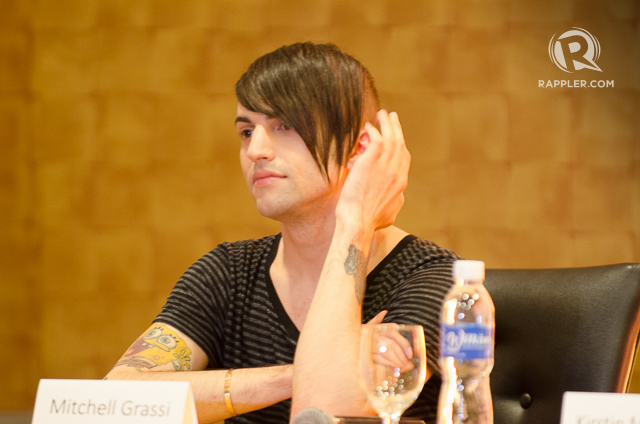 1. Their favorites of their own work: Mitch and Kirstie love the Daft Punk medley. “I’m so proud of the arrangement, how complex it is, and it’s the one that got us our Grammy!” said Mitch.

“That was the one that we first went full out like crazy with the makeup and the hair….I really liked that one,” said Kirstie. 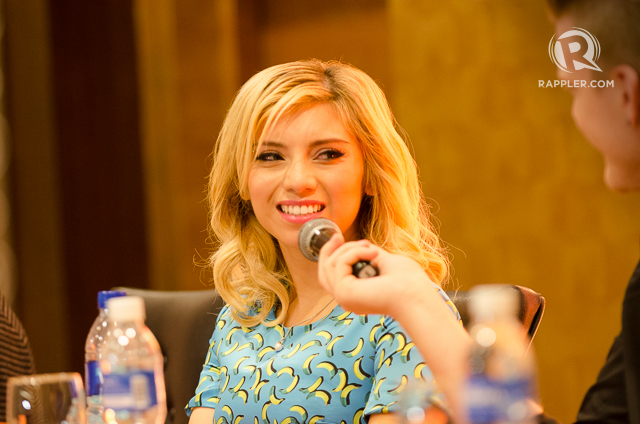 “I would say, ‘On My Way Home’ would be may favorite, because it is an original song, and it’s the one I’m just the biggest fan of, too. It’s the one I listen to the most,” said Scott. 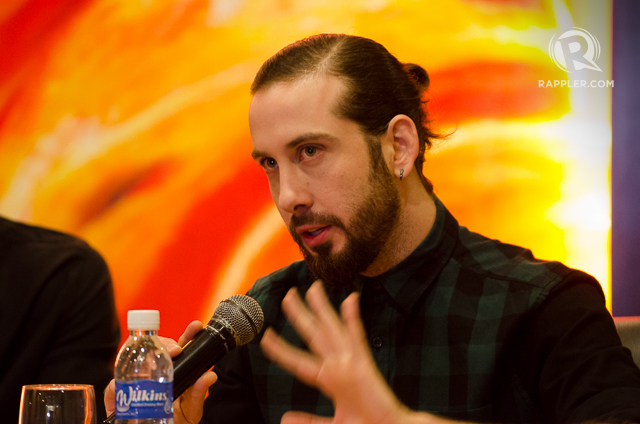 Avi: “‘Run To You’…it really took us back to our chorale roots, and I really enjoy that type of stuff.”

2. Kelly Clarkson is their biggest celebrity fan. They’re touring with Kelly very soon, too. “We’re actually touring with her this summer, too,” said Scott. “We love her.”

3. To warm up, the group prays, Kirstin sometimes brushes her teeth, Scott might chug a Red Bull, and Avi takes a nap. “It relaxes me, but it also makes my voice lower,” he said.

4. A new full-length album is on the way. “A bunch of original music, that’s kind of where we’re heading right now. And it’s scary, but it’s gonna be really awesome to finally feel like an artist because we have so much to say, and we just can’t wait to share it with all our fans,” said Scott.

5. They’ve met Charice – and Scott Hoying is a big fan. “We met her very briefly at a gig recently, and I had wanted to meet her for a long time. I’ve been a big fan for a while, I think she’s awesome,” said Scott. 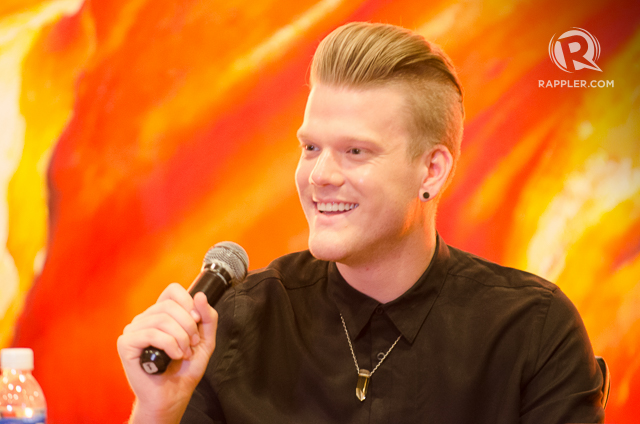 6. Aside from helping put together Fil-Am a cappella group The Filharmonic, with whom they appeared in Pitch Perfect 2, Avi knows plenty of Filipinos and feels what makes them special is how family-oriented Pinoys are. (Q&A: The Filharmonic on ‘Pitch Perfect 2,’ being Pinoy, and YouTube fame)

“What I love about Filipino culture is not that they’re just friends-based, they’re so, so family-based. Not only am I friends with them, I’m friends with their entire family….It’s such a cool, warm culture that’s so full of music and full of life,” he said.

7. Plus, he’s familiar with exactly one Filipino tune: the Visayan folk song “Rosas Pandan,” which he says he used to sing in college.

8. What happens when someone makes a mistake? No biggie. “We all make mistakes…I think one thing about being a performer is when you make a mistake, you don’t act like you made a mistake. We really do our arrangements so if you do make a mistake, it could be on purpose, it could not be, so you don’t really know…unless it’s a very glaring one….We just do our best, and if it happens, it happens. Nobody’s perfect, especially in a cappella.”

Bonus: In case anyone were wondering, yes, Pentatonix goes fully a cappella, with no instruments. (WATCH: Manila crowd sings with Pentatonix at PH concert)

Scott addressed this question head on.

“We’ve always had people say stuff like that. They’ll comment on our videos and they’ll be like, ‘He’s using a sampler outside of the frame.’…I promise you, it is all a cappella. We do add stomping and clapping, but I mean, that’s the closest thing to an instrument, definitely, we don’t use anything [else].” (WATCH: Pentatonix serenades PH fan onstage at Manila concert)

They ended with some very inspiring words for their fans: “I would say, just run with opportuities. How Pentatonix came about, it happened so fast, so organically, you never know what’s gonna lead you to the next thing and so, [don’t be] afraid to really follow that,” said Scott. 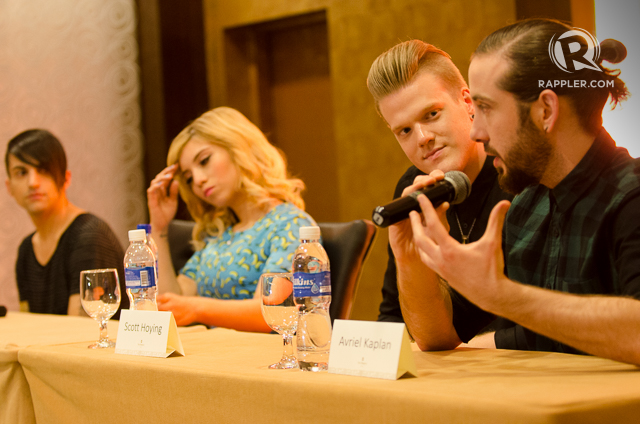 “I would say if someone really, really has the passion to do it and it makes them so happy, they should put their whole heart into it, and make sure that they actually try to do it, because if they don’t do it at the time that they can, they’ll always wish that they had,” said Avi.

“We love you so much, Filipino fans….We will see you next time we’re here!” said Scott. – Rappler.com