KEAN CIPRIANO. The former Callalily frontman says he is moving on from the band.

MANILA, Philippines – Kean Cipriano is moving on from Callalily after nearly two decades of being the band’s frontman.

“Callalily is done. I’ve moved on, moving forward, and I wish them all the best,” he said in an interview on Push TV.

He also said “I believe we’re not in good terms…I don’t think we’re okay, that’s that.”

Despite that, he reiterated that he wishes his former bandmates the best.

He also shut down the idea of a band reunion in the future, saying, “Hindi na magbabalik yung dating Callalily (The old Callalily won’t be back).” 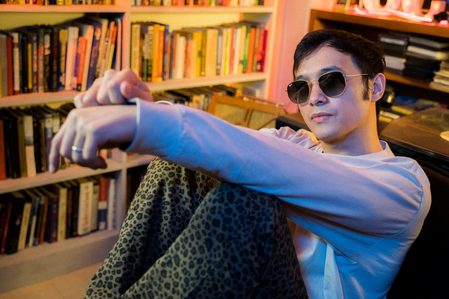 Callalily, meanwhile, has changed its name to LILY Music, according to their official Facebook page.

Callalily first came together in 2005. They are known for their songs “Magbalik,” “Stars,” and “Take My Hand,” off their debut album Destination XYZ.

While Kean only recently left the group officially, he has been focusing on his solo projects in the last few years.

He launched his own record label O/C records in 2018, and has been producing songs for their artists.

He also released debut solo album childlike in May 2021. – Rappler.com