The nominees for this year’s Billboard Music Awards are in, and SB19 has made it to the Top Social Artist category – a first for any Filipino act. 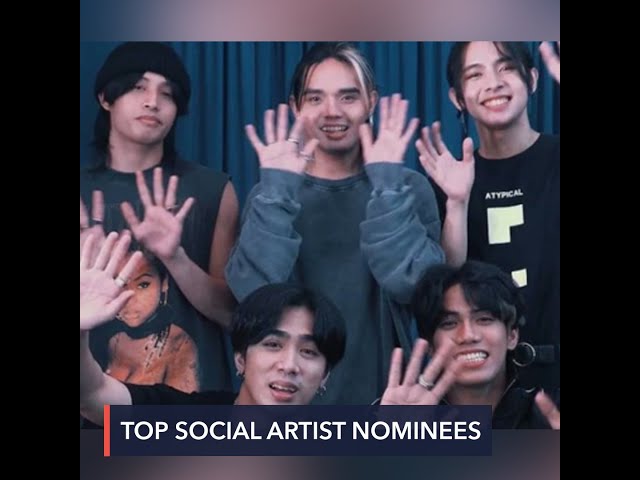 The BMAs released this year’s nominees for the 51 categories on Thursday, April 29 (US time), via livestream. YouTube star Bretman Rock announced SB19’s inclusion in the fan-voted category, as well as the group’s fellow nominees – K-pop sensations BTS, BLACKPINK, and Seventeen; as well as pop star Ariana Grande.

SB19 also shared the news on Twitter, thanking their fans for their love and support.

“WE MADE IT, A’TIN! We are so grateful for your love and support. We wouldn’t have come this far without all of you. A’TIN ‘TO! Iwawagayway ang WATAWAT,” they wrote.

SB19 members Ken, Justin, Josh, Pablo, and Stell have made history as the first Filipino act to be nominated under the prestigious category, which was founded in 2011. Winners are based on global voting, social engagement, music streams, and fan interactions.

The 2021 Billboard Music Awards will be held on May 23, 8 pm (US time) ET, at the Microsoft Theater in Los Angeles. – Rappler.com