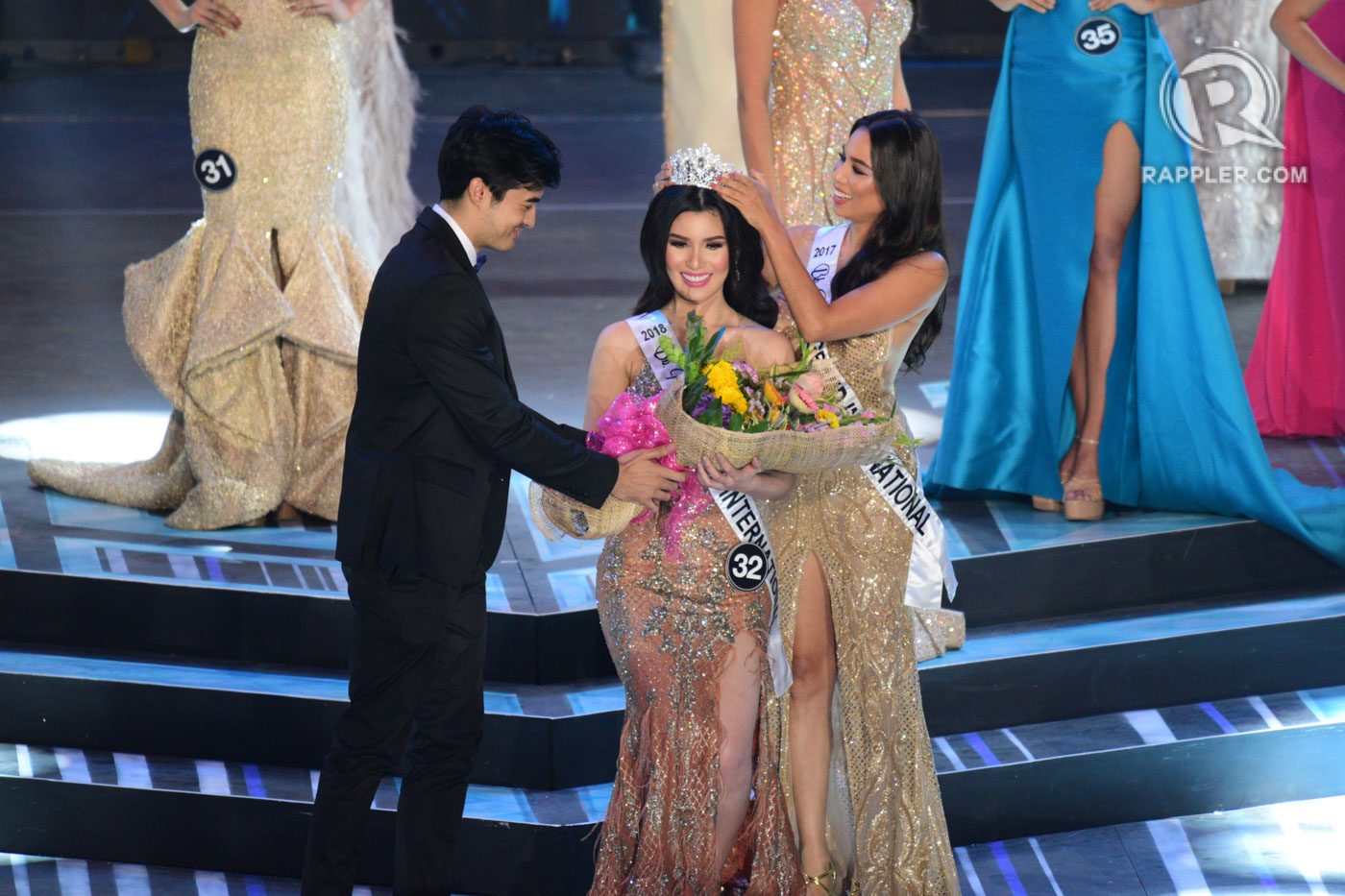 On March 19, Facebook user Pry Rivera posted a video of Patalinjug’s answer beside a screenshot of a 2017 Mega Magazine campaign featuring Nadine Lustre. “Sounds [familiar]? Lol. Read then watch,” said Rivera. Rivera later edited his post to say that because he thought Patalinjug’s words sounded familiar, he googled them, and Lustre’s quote was the first one he saw.

The copy of Mega Magazine’s campaign read: “In these times when fear and uncertainty have seemingly taken over, as a united nation, we remain steadfast and unfazed in the midst of challenges. I believe what we need as one nation now is unity. As we celebrate our country’s independence, let us march forward towards the future, in the hopes of building a better nation, #TheNewPH. This is my stand and my pledge for humanity.”

Patalinjug, who was asked what a beauty queen’s role was in the Philippine economy’s success, answered: “A role of the beauty queen is to be a voice. I am here to make a message to all of you. In these times of uncertainty and fear that have seemingly taken over our country, we have remained steadfast and unfazed amidst all the challenges. As a united nation, what we can do is to set aside our political differences, forget our academic and social preferences, and let love and loyalty for our country rise above all. So we can march towards our future in the hopes of making a peaceful country.”

Kagandahang Flores (KF) founder Rodgil Flores told Rappler that he has yet to talk to Patalinjug about the issue. KF was Patalinjug’s pageant training camp. Rappler has also reached out to Binibining Pilipinas Charities, Incorporated for comment. – Rappler.com