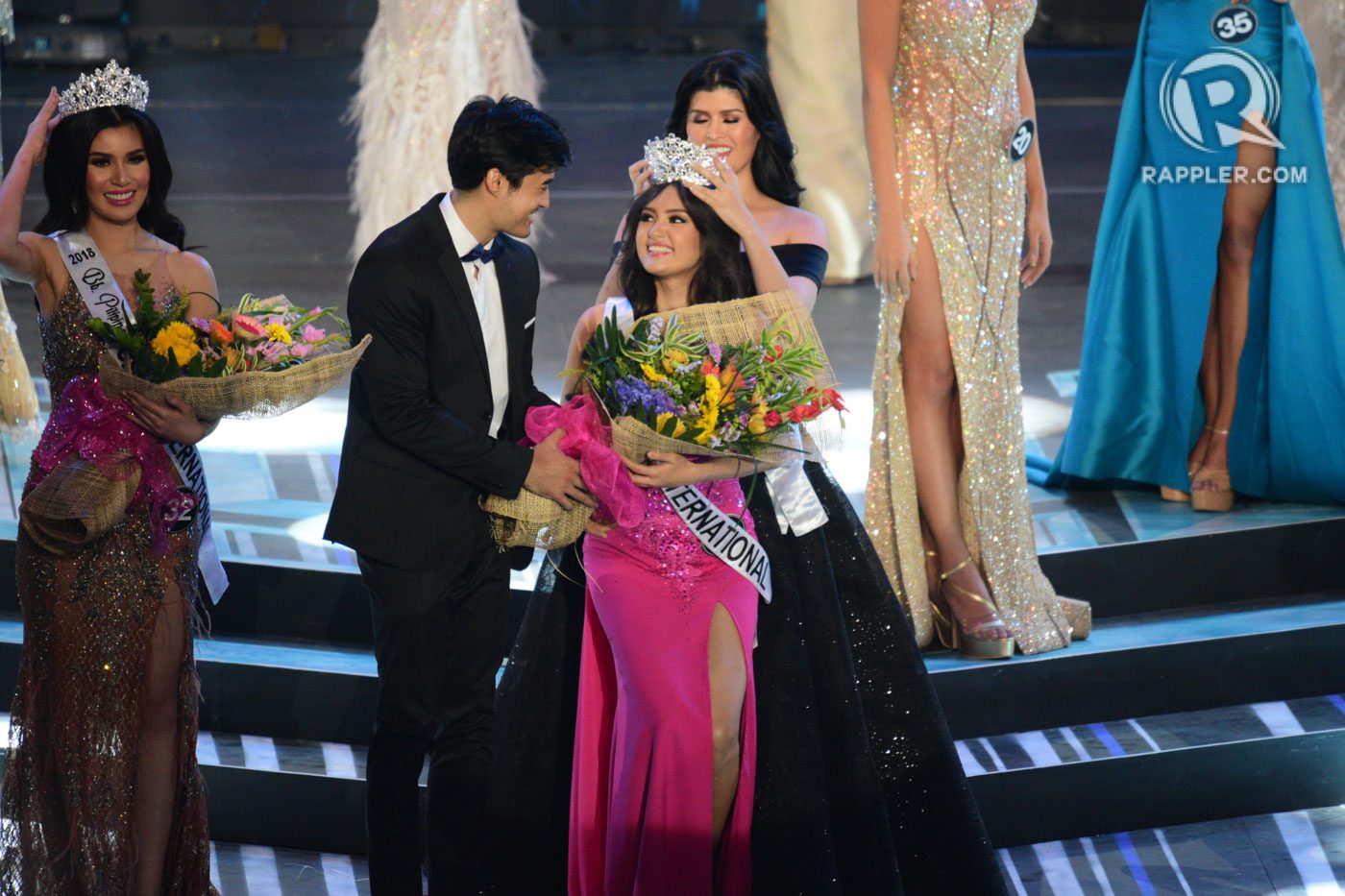 MANILA, Philippines – Ma. Ahtisa Manalo was not one of the most hyped ladies for the 2018 Binibining Pilipinas pageant. But during the press presentation of the candidates, Ahtisa got everyone’s attention, with many pageant watchers commenting that she peaked at the right time, making her one of the candidates to watch out for. And on Sunday, March 18, Ahtisa was crowned by Mariel de Leon as the new Binibining Pilipinas International. She now has the daunting task of aiming for the country’s 7th Miss International crown, following the recent wins of Kylie Verzosa in 2016 and Bea Rose Santiago in 2013.

Let’s get to know Ahtisa more.

1. She’s the youngest in this year’s batch of queens. Ahtisa won the Binibining Pilipinas International title at just 20 years old. But according to designer Mikee Andrei, who did her evening gown for coronation night, Ahtisa is mature when it comes to making decisions. 2. She hails from Quezon. Ahtisa is from Candelaria, Quezon. It’s a town known for its churches and Mount Mayabobo, a tourist destination.

3. She’s a graduate of Accountancy. Ahtisa graduated with a degree in Accountancy from the Manuel S Enverga University Foundation. In her Bb Pilipinas video interview, Ahtisa said she enjoyed the basics of accounting so she decided to pursue the degree.

4. She was a festival queen. Before joining Bb Pilipinas, Ahtisa was a representative of Quezon in the Reyna ng Aliwan Festival in 2017. Before representing her province in that pageant, she was named queen of the Niyogyugan Festival.

This was my festival costume the time I represented Quezon Province’s “Niyogyugan Festival” in the Festival of Champions, Aliwan Fiesta’s Festival Queen competition.  For reference: “Niyogyugan” is from the words “niyog” (coconut) – Quezon's main agricultural product and “yugyog” (to shake or move). This festival showcases the province’s culture and bountiful coconut harvest. ⬇️ So.. If you love coconut, you ought to visit Quezon Province! You’ll find every possible coconut product there is in this planet! (If you want cheaper coconut products, visit on its festival month, August.) #NiyogyuganFestival #Quezon

5. She was ‘one of the boys’ when she was young. In her Bb Pilipinas video interview, Ahtisa shared: “I grew up with my guy cousins and would have a lot of guy playmates…. I [had] toy guns, I [had] character cards, soldiers, just usually what guys have.”

Ahtisa also mentioned that she wanted to become a cop back then, after meeting a general when she was 9 years old.

6. Fans are saying she’s similar to Kylie Verzosa. People online have been commenting on Ahtisa’s beauty and how she seems to have a Kylie vibe.

Coincidentally, Kylie wore the same color as Ahtisa during coronation night, saying on Instagram: “Congratulations queens! And how cute, ka-outfit peg ko (I have the same outfit peg as) Miss International this year!”

On Tuesday, March 20, Ahtisa took to social media to give her message for her family, friends, other supporters, and fellow Bb Pilipinas candidates.

“I have been told that I couldn’t, so I did. One thing I want to tell every dreamer out there is that don’t let people tell you what you can be, what you cannot do, and who you will be. You are never too young to achieve your dreams!” she said.

“And to my Binibini sisters, I am very glad I met all of you! I am missing you already! Araneta feels empty without all of you!” she added.

“This is [the] start of another journey. Journey I am taking for the Philippines.”

I have been told that I couldn’t, so I did. One thing I want to tell every dreamer out there is that; don’t let people tell you what you can be, what you cannot do and who you will be. You are never too young to achieve your dreams! This dream wouldn’t have been a reality if it weren’t to my family, my friends, my knights in shining crown- Kuya Jojo and Kuya Eys, my Aces & Queens family- most especially Mama J, Mama Ru, Tito Nad, Albert, Kuya Pao and Momi Mikee, my supporters- #Ahtistahins, the Qrown PH, my core group- Oyelle, Dale, Nico and Tim, and all the people who helped me during this journey. Maraming Salamat po! And to my Binibini sisters, I am very glad I met all of you! I am missing you already! Araneta feels empty without all of you! Shoutout to my fave girls @iamwynonahb @kayeshachua @trix_marana @mjshaka @ayabesamis! Let’s play UNO!!!! This is a start of another journey. Journey I am taking FOR THE PHILIPPINES. #Binibini17 #BbPilipinasInternational2018 #MissPhilippinesInternational2018 #forthephilippines