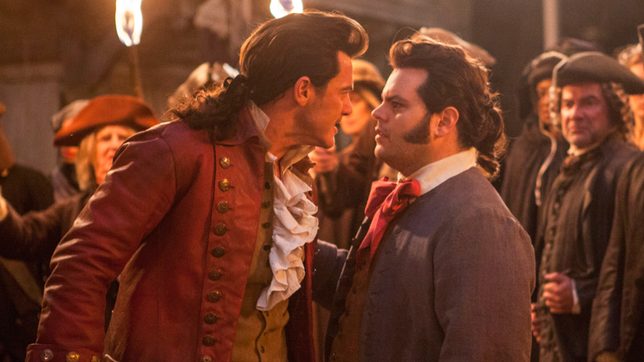 PREQUEL. Luke Evans and Josh Gad will reprise their roles as Gaston and LeFou in a Disney+ 'Beauty and the Beast' prequel.

A Beauty and the Beast prequel series is coming to Disney+, this time focusing on the arrogant Gaston and his trusty sidekick LeFou.

According to a Deadline report, Luke Evans and Josh Gad will reprise their roles of Gaston and LeFou, respectively, from the Disney’s 2017 live-action film. Briana Middleton (The Tender Bar) joins as the female lead Tilly, LeFou’s step-sister.

Tentatively titled Beauty and the Best, it will follow “Gaston and LeFou as they set off with LeFou’s step-sister, Tilly, after a surprising revelation from her past comes to light, sending the unlikely trio off on an unexpected journey filled with romance, comedy, and adventure.”

Gary Marsh, president and chief creative officer of Disney Branded Television, said that the prequel will provide answers and “provoke a whole new set of questions.”

“For anyone who’s ever wondered how a brute like Gaston and a goof like LeFou could have ever become friends and partners, or how a mystical enchantress came to cast the fateful spell on the prince-turned-beast,” he shared.

The eight-episode musical series will feature an original soundtrack from composer Alan Menken. Liesl Tommy will direct the first episode.

The project marks Disney’s celebration of the 30th anniversary of the Beauty and Beast animated 1991 classic. “For three decades, this tale as old as time has inspired generations of fans around the world,” said Michael Paull, president of Disney+, told Deadline.

Paull added, “We can’t wait to welcome our guests back to the magic and musical world of Beauty and the Beast for an all new chapter with LeFou, Gaston, and a fantastic new cast of characters.”

Other cast members have yet to be announced but production is slated to begin in 2022.

Beauty and the Beast recorded a P667.44 million in cumulative gross earnings when it opened in the Philippines in March 2017. The movie starred Emma Watson as Belle and Dan Steven as Beast. – Rappler.com