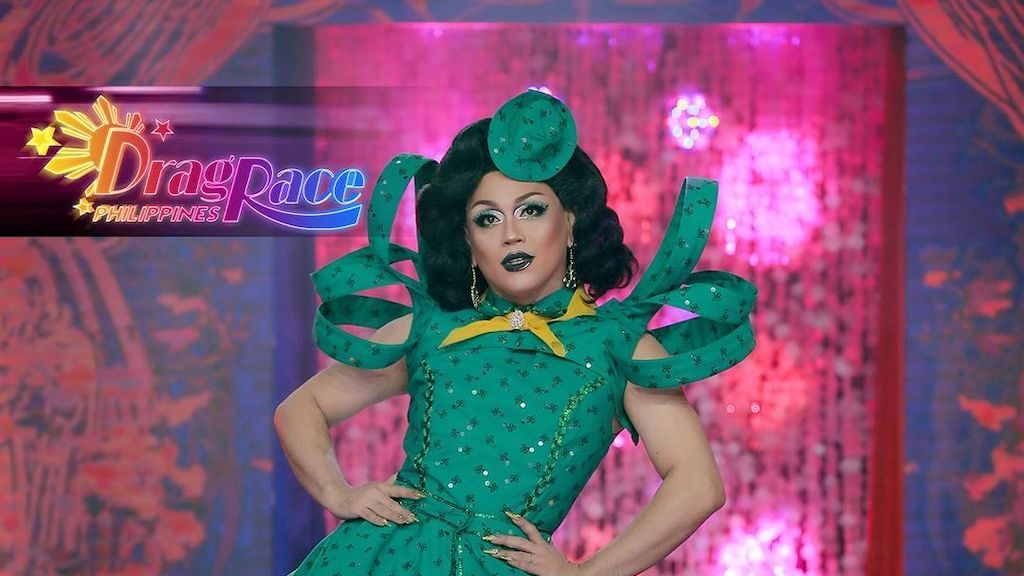 MANILA, Philippines – It’s been only nine weeks since Drag Race Philippines first aired but it feels much longer than that.

In just that time, the show has birthed countless memes, fan groups, Twitter threads, and discussions, and, most importantly, made the world fall in love with our long-undersung drag artists.

Because this is the finale, it started off different from all the other episodes, bypassing the werk-room chitchat and cutting straight to business.

The queens of the season walk out on the main stage – Prince with her infamous shoes, Corazon in a show girl look, Gigi Era in an intricate ensemble inspired by her hometown of Davao, Turing in a flowy goddess dress, Lady Morgana resplendent in Mindanao beads, Viñas Deluxe in red and black – and her foot in a cast, Brigiding in blue flounces from head to toe and a sparkly mini dress underneath, and, fresh from elimination, Minty Fresh in a silver gown with statement shoulders and an elaborate backpiece.

In true Drag Race fashion, the show’s main host Paolo Ballesteros emerges in a big red ballgown and turns out her own lipsync performance to Zsa Zsa Padilla’s quintessentail ‘80s hit “Point of No Return” – complete with a ruveal into a mosaic bodysuit.

After the performance and a costume change, Mamwa Pao thanks and applauds the queens, and introduces the judging panel for one last time.

On the runway, the queens show off two grand finale extravaganza looks.

For the first look, category is: “Bongga Camp ‘Day” and Precious Paula Nicole kicks off the runway, walking in a ball gown inspired by the Girl Scouts of the Philippines.

Eva Le Queen follows in a lumpiang togue mini-dress with a matching lumpia-laden hat and a bottle of suka to top it all off.

Xilhouete pays tribute to the mother of camp, Cher, wearing a couture dress with her face on it, a cartoon-y version of Cher’s 1986 Oscars headdress, and, finally, big hair – truly big hair, and not the Carly Rae Jepsen hairstyle she wore a few episodes back.

Marina Summers walks out tsinelas-purse first with a relatively plain look inspired by tumbang preso – a red tight mini dress, a “Sana Marina Corned tuna” de lata headdress, and a pair of tsinelas with which to quickly play the game on stage.

In between runways, we get a video montage recalling the entire season – a rundown of all the show’s iconic moments, making us realize that despite all the snags and production issues, Drag Race Philippines and all its queens have truly made Filipino queer history.

In a cloud of nostalgia, we head into the second runway, where the theme is “indigenous extravaganza.”

Precious serves a Dinagyang-inspired neon look made from local materials. Eva goes for a geometric terno, with a gold headdress made of bamboo fans.

Xilhouete wears a flouncy assymetrical gown made of piña fabric and accesorizes with a taxidermied headdress. Marina also goes the piña route in an evening gown made of the fabric, beaded with capiz, and accentuated with a banig train.

After the runways, Mamwa Pao announces a special award: the Miss Congeniality title, with the winner bringing home P40,000 and crowned by no less than Miss Universe 2015 herself, Pia Wurtzbach (who also guest judged on the Miss Shutacca episode).

Lady Morgana is named the first Drag Race Philippines Miss Congeniality – cue one big chorus of “Dasuuurv” – and in true Morgana fashion, she moves viewers to tears with her heartfelt speech that ended with her giving everyone a “Dalaygon.”

Lipsync smackdown for the crown

After Morgana’s crowning moment, Mamwa Pao announces the main event: the lipsync smackdown for the crown.

At this point, we have yet to see Marina and Precious lipsync on the show – though they are known to be lipsync assassins outside of drag.

Xilhouete and Eva have lipsynced for their lives on the show before, and while neither are particularly known for their dancing skills, we can’t count them out just yet because they did win their respective lipsyncs.

Determined by the spin of the wheel, Precious Paula Nicole is paired against Eva Le Queen for the first lipsync round, leaving recently-reconciled drag mother and daughter Xilhouete and Marina to go at it in round two.

I expected quintessential Filipino gay anthems to be the lipsync songs of choice, but (perhaps fulfulling franchise requirements?) the queens instead performed to RuPaul originals.

Precious and Eva go first, winding up with “Sissy that Walk” after choosing the second of two lipsync song boxes.

Precious comes with a lot of tricks up her sleeve – from her eagle props to a heavy ruffled robe made for a dramatic ruveal. Eva holds her own as she dances across the stage, but in the end, the winner is clear even before Mamwa Pao announces that Precious gets to shantay.

Before Eva sashays away, she thanks everyone – especially the team behind the cameras, “the unsung heroes,” as she describes them, and she walks offstage in a dignified exit.

Then comes Marina and Xilhouete’s battle, set appropriately to “Call Me Mother.” Marina starts off wearing a heavy tulle dress, but steps out of it soon enough to reveal a feathered and stoned bodysuit that allows her to vogue and strut and twirl all over the stage.

Xilhouete keeps up, but Marina is a tough lipsyncer to battle with. Even with two ruveals, Xil is unable to top Marina’s lipsync masterclass, and she ultimately sashays away.

Of course, before her exit, she delivers one last Xilhouete speech – but magically, it’s not overlong this time, just long enough to say the appropriate amount of thank yous: “Thank you because finally you gave a platform for the bakla.”

After a costume change, Mamwa Pao walks out again to introduce the final round of lipsyncs.

The top two queens walk out on stage, both in royal blue gowns. The final song is announced: Gloc-9’s “Sirena.”

It’s lip sync for the ages – a truly well-matched battle, made even more meaningful as the two queens display their queerness in all its glory, while lipsyncing to lyrics that talk about the abuse Filipino LGBTQ+ kids endure.

It’s no surprise that by the end of it, the judges give them a crying, standing ovation.

It’s a tough call, and if they could double-shantay a winner, it would be perfect – but someone has to win.

At first, we think RuPaul will be announcing the winner’s name via video dispatch – but the very obviously pre-filmed spiel did not leave room for a winner’s announcement.

It’s just as well. This is Drag Race Philippines after all, and there is no one better than the show’s Filipino host to call out the winner.

And just like that, the first season of the Philippines’ first drag reality show is over. It didn’t come without a hitch, and there are lots of things to be improved upon, but ultimately, we’re celebrating the long-overdue spotlight that now shines on the Philippines’ hardworking drag queens, finally.

Now, when is season two? – Rappler.com