Facebook Twitter Copy URL
Copied
Are you ready for a 'heist without limits?' 'Money Heist: Korea – Joint Economic Area’ reveals more of the exciting plot in this new teaser!

MANILA, Philippines – The masks and the faces behind it have been revealed, and the date is already set. But what about the heist’s details?

Nearly a month before its June 24 premiere date, Netflix released an all-new teaser trailer on Friday, May 20 for Money Heist: Korea – Joint Economic Area that gives us more background on the series’ plot. 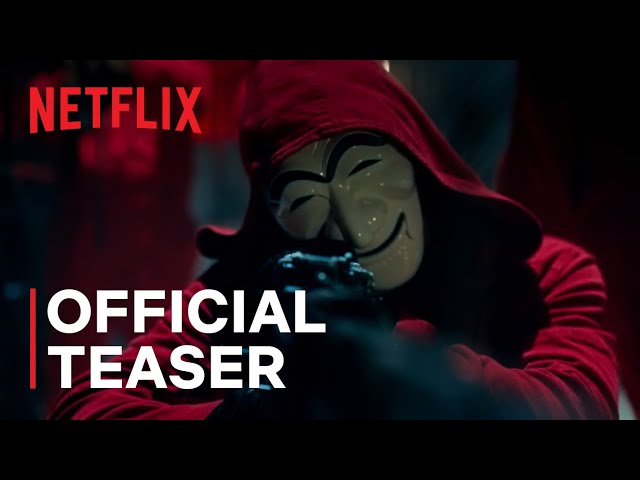 “A bold new vision of the ultimate heist in a country without borders,” reads the YouTube synopsis.

The crime drama series adaptation finally reveals its edge with the one-minute teaser. The show will be set in the Korean Peninsula where South Korea and North Korea are on the brink of reunification.

“The themes of a common currency and a mint built in the Joint Security Area (which divides North and South Korea today) are the premise of the series, which adds the Korean flavor and excitement to the original story,” said series writer Ryu Yong-jae.

Aside from the chilling plot, the teaser for the “heist without limits” also highlights the characters – Professor performed by Yoo ji-tae, Tokyo (who is now an ex-soldier instead of an ex-robber) performed by Jung Jong-seo, and Berlin performed by Park Hae-soo of Squid Game. They are all seen, for the first time in action, wearing the iconic red jumpsuits and traditional yet eerie Hahoe masks.

Just like the original Money Heist, also known as La Casa de Papel, the story centers on a society’s economic inequality where “only the rich got richer” and how an unprecedented heist can create heroes out of masked thieves. Directed by The Guest director Kim Hong-sun, the six episodes of the first part of Money Heist: Korea – Joint Economic Area will premiere on June 24 on Netflix.

The original Money Heist follows a group of thieves behind elaborate bank robberies, masterminded by the mysterious Professor (Alvaro Morte). Part 1 premiered on Netflix in 2017, and was a hit around the world, becoming Netflix’s most-watched non-English series. – with reports from Elle Guison/Rappler.com