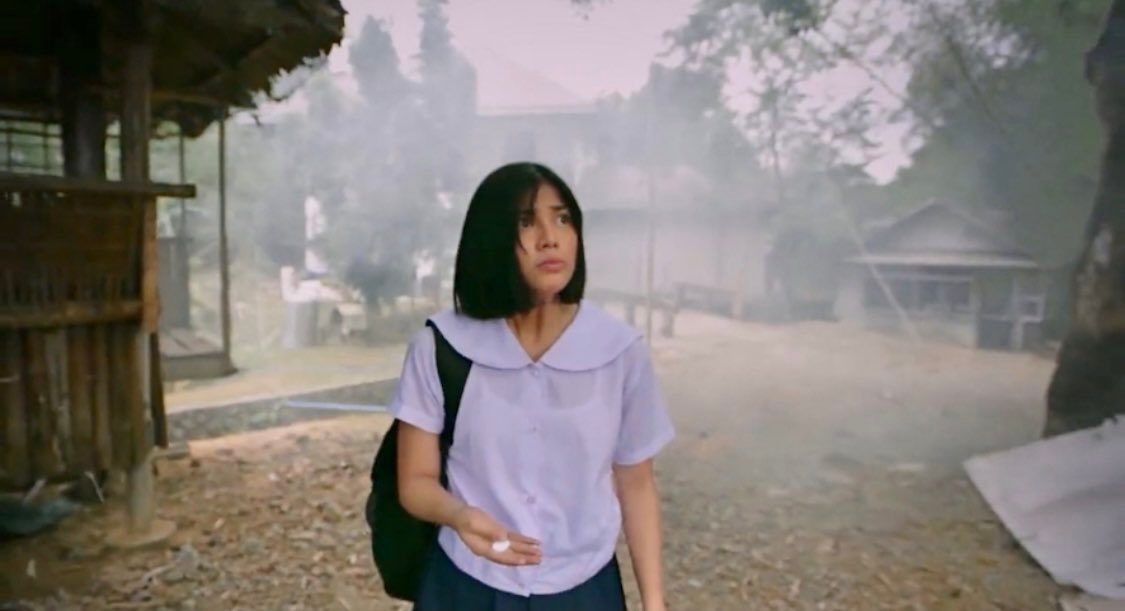 Facebook Twitter Copy URL
Copied
'Marvel and DC superheroes...will never be our heroes because they will never tell our stories. Only Darna can.'

As an academic who studied Darna, friends, colleagues, and even some acquaintances in media have asked me if Darna is still relevant in the age of transmedia storytelling of superheroes and the advances in visual effects and other related technology. How can Darna compete in this landscape? My answer has always been the same: she will continue to be relevant because she is our superhero. Even if Marvel and DC superheroes regale us with interconnected stories and some of the most sophisticated VFX, they will never be our heroes because they will never tell our stories. Only Darna can.

Darna through the years

For Filipinos, Darna is already a household name. She was created by Filipino komiks legend Mars Ravelo and illustrated by Nestor Redondo. She first appeared as Varga in Bulaklak Magazine in 1947 before moving on to Pilipino Komiks, where the character was relaunched as Darna in its May 1950 issue. From her origins in the komiks, she has conquered various media platforms: film, television, theater, and ballet. Other superheroes have nothing on Darna if we are talking about how she has penetrated and saturated every aspect of our popular culture.

Superheroes are always a product of their times and Darna is no different. According to popular culture scholar Soledad Reyes, Darna first appeared at a time when the Philippines was struggling to rebuild itself in the aftermath of World War II, and she symbolized the country’s yearning to go back to simpler times. Likewise, movies such as Darna and the Giants shown in 1973 was an allegory of the fear and violence that gripped the country when martial law was declared; Darna Vs. The Planet Women in 1975 was an example of how the former dictator Ferdinand Marcos Sr. utilized movies as propaganda for his programs, in this case, his population control program; and how Darna: Ang Pagbabalik shown in 1994 articulated the trauma of those who survived government neglect after a devastating disaster, something so eerily similar to the Mount Pinatubo eruption which happened three years prior to the movie.

How has ABS-CBN’s reimagining of Darna continued this tradition?

The 2022 Darna TV series, starring Jane de Leon as Darna and her mortal alter-ego Narda, Zaijan Jaranilla as Ding, and Janella Salvador as the villain Valentina, premiered on August 15, almost 10 years since ABS-CBN first acquired the rights. This is the fourth live-action adaptation of Darna: the first one starred Lorna Tolentino in 1977 and was produced by RPN-9, the second featured Angel Locsin in 2005, and the third starred Marian Rivera in 2009, both of which were produced by GMA-7. The online reviews and reactions on the first few weeks of the newest version of Darna have mostly been positive in terms of the story, acting, visual effects, and fight scenes. The television series format has allowed for greater flexibility in telling Darna’s story and expanding its universe. The current series has also improved on several tropes and conventions associated with Darna’s mythology.

For one, Narda is finally shown with her mother, played by Iza Calzado, who is considered in this version as the original Darna who came from Planet Marte. In Darna’s mythology and even in most live-action adaptations, Narda is typically portrayed as an orphan living with her grandmother and with her younger brother Ding. While Angel Locsin’s version also showed her parents and how she became an orphan, what is interesting in the 2022 version is that it was Narda’s mother who trained her to become a warrior even before she inherited the stone from her. Iza Calzado’s turn as the original Darna was a welcome addition to the superheroine’s origin story. It provided the story of Narda with a richer context and aligned itself with contemporary literature on the need for female superheroes to be mentored by women, in this case her own mother. It also echoes what superhero scholar Jennifer Stuller says about superheroines being heroes not just for women, but also being heroes with them.

The character of Ding is also worth noting. In previous incarnations of Ding, he exists to accompany Darna on her adventures, to be her cheerleader, and is the one who provides comic relief, especially if the role is played by a child star. Since Vilma Santos’ turn as Darna, Ding became the de facto stone keeper. But aside from this, and, comparing him with other superhero sidekicks, he is utterly useless because he doesn’t have any skills and might actually be a hindrance to Darna in a fight. However, Zaijan Jaranilla’s Ding is well versed in modern technologies, typical of Gen Zs, and has also been trained to fight by another character in the series. Here, he finally becomes a useful “guy in the chair” – a much more modern term for sidekick.

Another character that has benefited from the television series format is Darna’s arch-nemesis, Valentina, whose mortal alter-ego is named Regina Vanguardia. Superhero scholars consider the villain a more important character in the superhero genre since they are the ones who move the plot forward and the superhero only reacts to their actions. In the original Mars Ravelo komiks, Darna (the story, not the character) is more of Valentina’s story, which essentially makes her an anti-hero. While there have been many versions of Valentina who’ve graced our screen, Janella Salvador’s version is one of the most fully formed characterizations of the iconic villain. She is a person with dreams, angst, desires, and motivations that doesn’t come from a purely evil place or from a place of vengeance. Further, her friendship with Narda has become one of the most important relationships of the series and will no doubt remain central to the development of both their characters. If ABS-CBN would like their version of Darna to be remembered and actually make history, the dynamic between these two characters is something worth exploring and deepening. In fact, it is Narda and Regina’s storyline that has expanded the fanbase of Darna in contemporary times and whose remediations in social media, whether through fan art, fanfiction, and even Tiktok videos, have racked up thousands of likes and shares and millions of views. 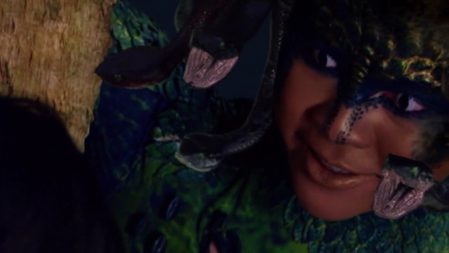 More importantly, there seems to be a “conscious” effort for this Darna to be more “overtly political.” The superhero genre was initially seen as juvenile and infantile and relegated to the lowest rung of popular culture hierarchy. However, in the last few decades, the genre has become a vehicle for critiquing important societal issues. While I have mentioned that Darna texts have always been political, most of these texts function as an allegory – more on the symbolical and metaphorical realm that needs a bit more digging from the general audiences. The series, however, chose to be more direct. Valentina’s pointed criticisms against Mayor Zaldy Vallesteros (played by Simon Ibarra) echoes our current political landscape, the insertion of #NeverAgain in one of the social media reactions to her vlogs, the portrayal of inefficient and corrupt politicians and police (although this is hardly new), the killings of journalists, and the power of media technologies to influence public opinion, are some of the ways the series are able to articulate issues not usually found in previous Darna stories. In the 2022 series, while the bigger villain is the alien General Borgo, it is the politicians and the institutions they represent who are the biggest threat. Darna has always been held up as an empowering figure in Filipino popular culture. Her longevity is tied to how she embodies the demands and expectations of a particular period in our society. In her current iteration, she is a breadwinner trying to put food on the table, but she is also in a profession that requires her to be responsible for the lives of other people. Just like a lot of sons and daughters, the mortal Narda aspires to make her superhero mother proud while also trying not to live in her shadow. As a superhero, she did not shirk accountability when someone pointed out that it is partly her fault that superpowered individuals are wreaking havoc on their town. This kind of relatability and accountability is why Darna resonates with Filipinos and why she will continue to do so.

The superhero genre has undergone a lot of changes in recent times. It has set the bar high in terms of transmedia storytelling, made antiheroes more popular and acceptable, and is slowly shedding its conservative, masculine, and patriarchal views and practices. The presence and inclusion of women, people of color, other genders, and people with disabilities as superheroes have increased over time. It took almost 1- years for ABS-CBN’s version of Darna to appear, but it feels like she arrived just in time. – Rappler.com

Cherish Aileen Aguilar Brillon is an Associate Professor at the UP Diliman College of Mass Communication, Broadcast Communication Department. Her research interests include political economy of media, gender, fandom, cultural memory, and superheroes.