SEX EDUCATION. Asa Butterfield returns as Otis and Emma Mackey returns as Maeve in season 3 of the teen series.

The full trailer for the upcoming season of Sex Education is out, and by the looks of it, season 3 has a lot going on.

The coming-of-age comedy follows socially-awkward teenager Otis who, in partnership with tough girl Maeve, starts a business where he dispenses sex and relationship advice to his confused and very thirsty schoolmates – all while navigating his own sexual hang-ups (and his feelings for Maeve). 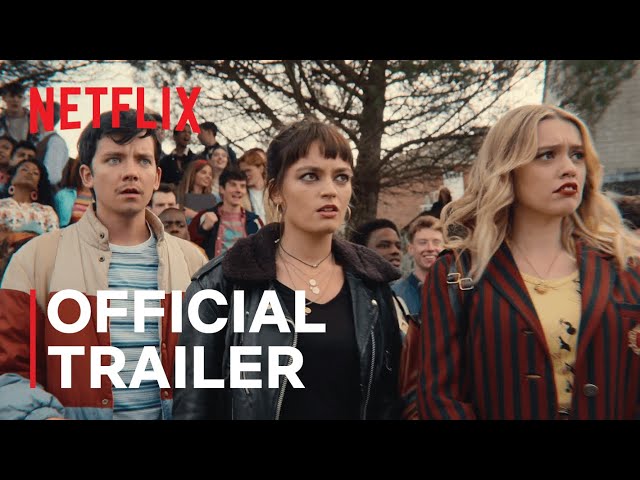 In season 3, Otis grows a moustache, and is also having casual sex. Otis’ best friend Eric and his former bully Adam have brought their relationship out of the shadows, are navigating what it’s like to be together openly. Maeve and her best friend, the ditzy but sweet Aimee, seem to hit a bump in their relationship.

Meanwhile Otis’ mother Jean has a baby on the way, and a new head teacher named Hope (played by Jemima Kirke) attempts to bring order to Moordale Secondary, which has apparently grown a reputation for being “the sex school.”