BUBBLES. Methane bubbles are seen in an area of marshland at a research post at Stordalen Mire near Abisko, Sweden, August 1, 2019.

Deep cuts in methane emissions, including from the fossil fuel industry, are urgently needed to slow the rate of global warming and keep it beneath a threshold agreed by world leaders, according to a UN report due to be released in early May.

Governments are increasingly looking at methane emissions as they seek solutions to cap warming at 1.5 degrees Celsius above pre-industrial levels, the target nearly 200 countries agreed to under the 2015 Paris Agreement on climate change.

Methane has a much higher heat-trapping potential compared with carbon dioxide and it breaks down in the atmosphere much more quickly than CO2, meaning cutting methane emissions can have a climate impact sooner.

“Urgent steps must be taken to reduce methane emissions this decade,” according to a summary of the Global Methane Assessment, seen by Reuters ahead of its publication by the United Nations Environment Program and the Climate & Clean Air Coalition next week.

Carbon emissions are more than countries are reporting – study The report summary, whose findings were first published by The New York Times, includes contributions from more than 20 scientists and experts.

It said currently available measures could reduce human-caused methane emissions by up to 45%, or 180 million tons a year by 2030. That would avoid nearly 0.3 degree Celsius of global warming by the 2040s, it said.

“There’s no chance whatsoever to meet our climate targets if we don’t deal with the methane emissions that this report highlights,” said Jonathan Banks, international director for methane at the non-profit Clean Air Task Force, which is part of the organization that released the report but did not author it.

“Methane provides an opportunity for a win on climate change in the very near term,” he said.

The report said the fossil fuel sector has the biggest potential to slash methane emissions this decade. Fossil fuels account for 35% of human-caused methane emissions, while agriculture contributes 40% and waste such as landfills accounts for 20%, it said.

The study comes as the European Union and United States are both drafting their own regulations to tackle methane emissions, due to be unveiled later this year as they strive to meet new domestic targets to reduce greenhouse gas emissions by 2030. The US Senate will this week vote on legislation to reverse Trump-era rollbacks of methane rules. 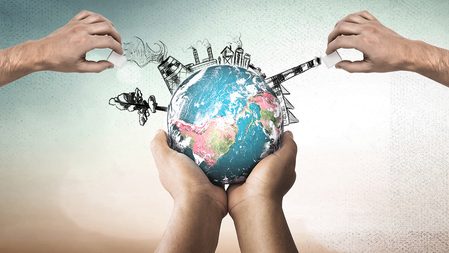 Methane concentrations in the atmosphere surged last year in spite of the pandemic, the US National Oceanic and Atmospheric Administration said earlier this month. – Rappler.com