Climate issues in Asia: What to watch out for at COP26 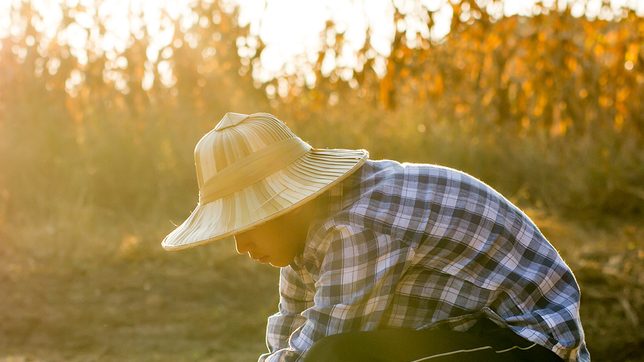 Facebook Twitter Copy URL
Copied
What should we expect for Asia at COP26 aside from countries' ratcheting up of commitments?

All eyes will be on the 2021 United Nations Climate Change Conference or COP26 from October 31 to November 12, a high-stakes event that got delayed by a year due to the COVID-19 pandemic.

COP26 is especially critical because it marks the fifth year since the Paris Agreement was adopted by 196 parties in 2015. People with eyes on the event expect countries to commit to more ambitious goals to reduce their greenhouse gas (GHG) emissions, an effect of the Paris Agreement’s “ratchet mechanism” that requires them to do this every five years.

The agreement’s goal is to limit global warming to below 2 degrees Celsius (ºC), preferably 1.5°C, compared to pre-industrial levels. It also provides a framework for financial, technical, and capacity-building support to countries who need it.

A lot will be happening at COP26, and it will be hard for one person to keep track of everything happening at once. On Thursday, October 28, Renee Karunungan from the Tyndall Centre for Climate Change Research and Manka Behl from the Times of India spoke to journalists about what issues specific to Asia we should look out for at the high-profile event.

Impact of climate change on economy

A report from the Intergovernmental Panel on Climate Change (IPCC) published in August said that the Earth is warming faster than experts anticipated, and a global warming increase of 1.5°C above pre-industrial levels could be reached by 2030.

Southeast Asia (SEA) is one of the regions most vulnerable to this, as it will experience rising sea levels, heat waves, drought, and more intense and frequent bouts of rain. With many low-lying cities exposed to the risk of rising sea levels, SEA economies are vulnerable without adaptation or mitigation.

Global warming was identified by the IPCC as a threat to SEA economies even in 2014, with predictions of significant drops in crop yield and reduced catch of marine resources.

Coal, one of the most polluting fossil fuels, is consistently used for power generation in Asia, which accounts for 75% of global coal demand according to to the International Energy Agency.

A September report by think-tank E3G said China alone is home to about 53% of new coal power capacity under construction globally. The country is responsible for funding coal projects abroad.

Some countries like the Philippines have committed to not approving new coal projects but will continue to construct coal plants that are already underway.

Meanwhile, other Asian countries refuse to abandon coal-fueled energy because of the cost of abandoning plants or mines that are still functioning. The world’s glaciers are melting faster and contributing to sea level rise. A study published this year, which used high-resolution imagery from NASA’s Terra satellite between 2000 and 2019, found that some glaciers in the Himalayas, as well as those in Alaska, Iceland, the Alps, and the Pamir mountains, are among the most impacted by melting.

The Himalayan mountain range runs through India, Pakistan, Afghanistan, China, Bhutan, and Nepal, and the communities in the Himalayan region depend on the glaciers for water. People use these glaciers for drinking, energy, agriculture, and more, which means their melting could lead to food and water shortages.

Although Asia is home to some of the world’s largest carbon emitters – China, India, Japan, and South Korea – other Asian countries are more concerned about climate impact than mitigation.

Small island developing states in particular, like Fiji and the Maldives, contribute less than 1% to the world’s total GHG emissions but will suffer the most from climate change and rising sea levels. Other small island states such as the Marshall Islands have found it necessary to adapt to rising sea levels, considering building higher ground or outbound migration.

Small island states were the first to demand for a 1.5°C reduction in 2008 but this target was deemed unrealistic by other states at the time. – with reports from Thomson Reuters Foundation/Rappler.com