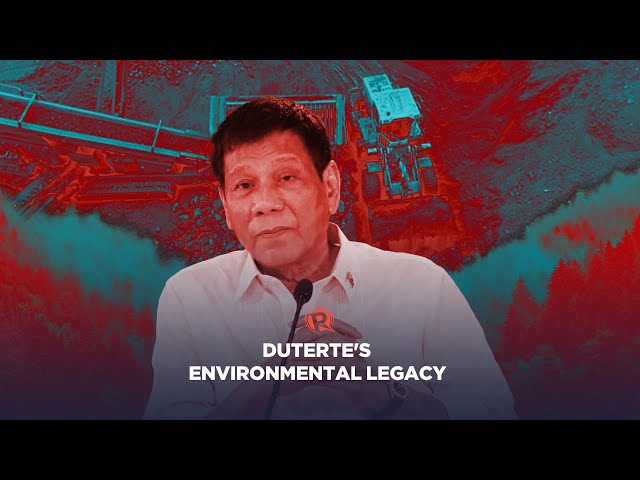 Facebook Twitter Copy URL
Copied
When Duterte won the presidency, he unveiled plans for environmental protection. But after six years, what has become of the Philippines’ rich biodiversity?

MANILA, Philippines – Six years ago, President Rodrigo Duterte ran on a populist campaign slogan, “Change is coming.” When he won, he unveiled a vision for the country, including his plans for environmental protection.

But after six years, what has become of the Philippines’ rich environment and biodiversity? Was the tough talk against environmental violators – from polluters to destructive miners and illegal loggers – effective in protecting and conserving the country’s natural resources?

What was Duterte’s environmental legacy? Watch this video. – Rappler.com