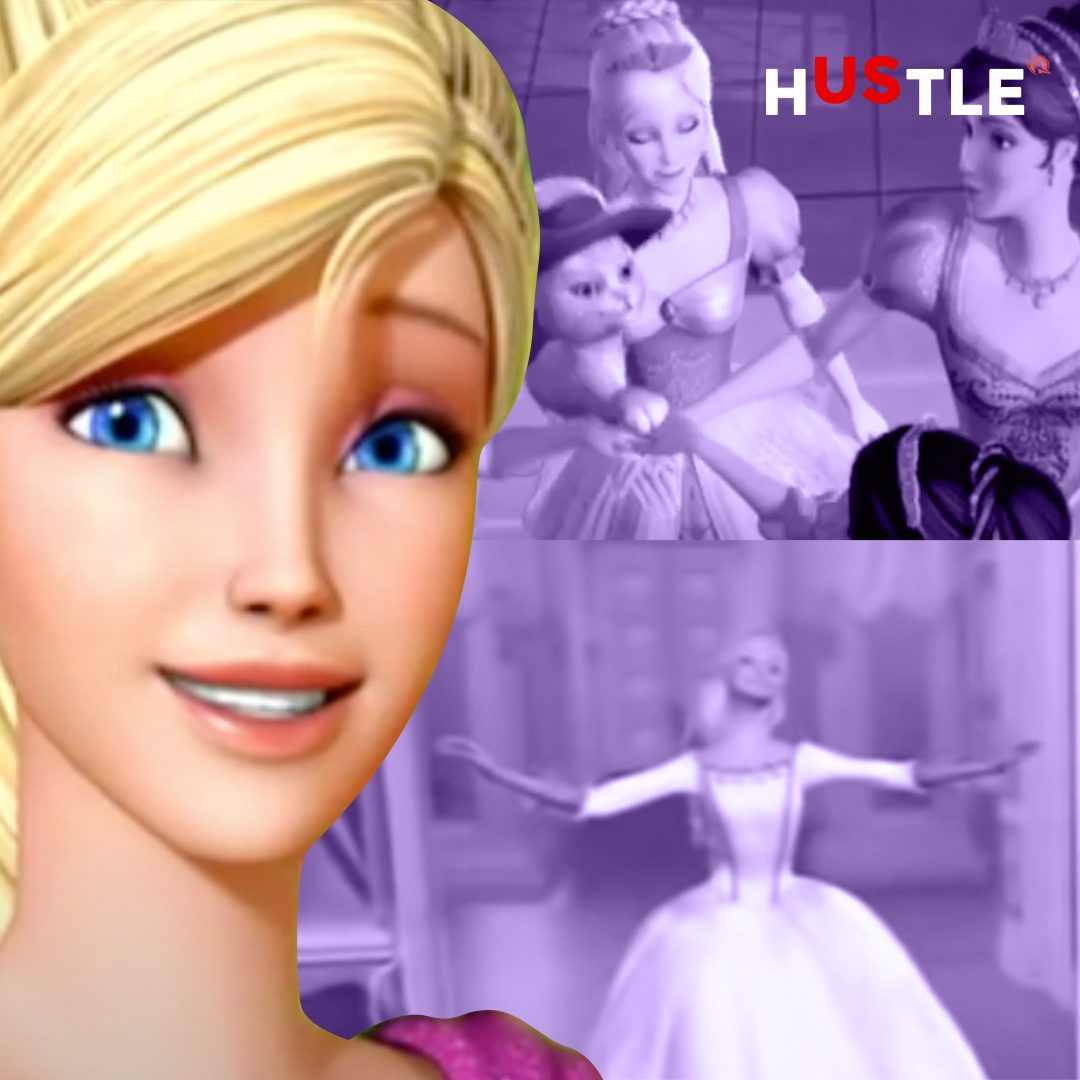 Facebook Twitter Copy URL
Copied
With over 38 movies, Barbie deserves a spot for Women’s Month. Here are our timeless picks

I vividly remember getting my first Barbie Rapunzel doll when I was just 3 years old; it was more than just a plastic figurine to me.

Of course, the 19-year-old still-Barbie-addicted me still never really outgrew the franchise. I have watched the Barbie movies countless times and have also been snickered at just as much. Sure, call it childish and cheesy, but to me, it’s more than that.

The movies shaped my affinity for femininity and being girly. They taught me that you could strut in a pink dress and a sparkly tiara yet still be strong-willed and independent.

So sit back and stay at home and catch these much-needed comforting yet empowering Barbie movies. You’ll see how it’s more than what meets the eye.

Barbie as the Princess and the Pauper (2004)

This is the Barbie franchise’s magnum opus! Princess and the Pauper is an adaptation of the classic Mark Twain story.

Princess Annelise (Barbie) and Erika (Barbie, again) meet by fate. The striking resemblance and similarities between them, even though they aren’t related, immediately catch their attention.

After switching, they are immersed in contrasting lifestyles, fueling character growth. Annelise steps down from her privilege and opens her eyes to the lower classes’ realities in her kingdom. For Erika, she learns how to stand up against an oppressive landlord, working hard to regain her independence.

Another piece of advice: Don’t get too hooked; it’ll leave you with last song syndrome!

Have you ever wished that the angelic Renaissance paintings in museums could come to life? Well, this movie does the job.

Barbie in the 12 Dancing Princesses is an adaptation of the Grimm Brothers’ fairy tale. It explores sisterhood, single parenthood, and individuality.

Not-so-princess-like Princess Genevieve (Barbie) and her 11 sisters have different hobbies, yet they all share a love for dancing. They spend their days dancing to hearts’ content in a secret garden until their shoes wear off.

Soon, however, they are forced to traverse on a mission to save their kingdom and ill father against a cruel duchess, their soon-to-be stepmother, who hates dancing.

In the film, Genevieve tells her younger sister, “There’s a difference only you can make.” Together, they learn that it is by working together amidst their individual quirks, strengths, and even weaknesses, that they will attain a happy ending.

I will never shut up about my bias for this gem. I chuckle and cry every time. Don’t you ever skip this on your watch list.

Barbie in the Diamond Castle was ahead of its time. In the film, best friends Liana (Barbie) and Alexa journey with nothing but empty pockets and music-filled souls. Soon, they discover Melody, a muse stuck in the mirror.

Liana and Alexa’s chemistry remains unmatched, and their dynamics can hardly be affected if the male leads were to be omitted.

The powerful bond between this “cottage-core” duo is true to life, depicting the realistic ups and downs of friendship, and how at times it demands making sacrifices.

The film is a testament to how there is no better bond than that of women supporting fellow women.

Barbie and the Three Musketeers (2009)

Oh, to rip off your ball-gown skirt and transform into your fighting gear.

Barbie and the Three Musketeers is a turning point in the franchise, in terms of encouraging women empowerment and introducing a cast of courageous, diverse, and inclusive female characters.

Based on Alexandre Dumas’ classic, the movie is an enjoyable Charlie’s Angels-esque movie infused with, of course, sensational Barbie elements.

Corinne (Barbie) strives to become the first female musketeer and meets unique girls that aim for the same goal. Solving the mysteries of the castle, they join forces to protect the prince in a plot to kill him.

The film goes past the harmful “girl boss” trope with its characters combining their strengths as they combat sexism and toxic masculinity, and work together towards justice.

Twillerbees Thumbelina (Barbie), Janessa, and Chrysella set on a risky mission to stop a human family’s construction work in their habitat.

The minuscule trio accidentally meets Makenna, the spoiled child of the human family. Hearts change. Thumbelina and Makenna form a friendship. And soon, they come together.

With the fairies organized, they eventually overthrow the humans’ machinery.

The whole film can be paralleled with attacks, which are often instigated by the elite, against the environment and its defenders.

Although the genre wasn’t quite my cup of tea, I was delighted to witness Makena’s growing empathy for other living creatures – a representation of what we’re all capable of doing.

The class struggle is real.

I’m a sucker for philosophical antihero arcs. And to witness an unlikeable yet realistic Barbie play one was such an interesting turn.

Barbie in a Christmas Carol wasn’t designed to be a tragedy, but it still hits close to home for me, in terms of how we can make mistakes and feeling utter regret right after.

Eden Starling (Barbie) was a dashing singer yet a self-centered diva who hated Christmas. After mistreating her friends and workers on Christmas day, she’s given a second chance as the Ghosts of Christmas Past, Present, and Future take her on a transformative journey.

From overworking and underpaying her staff to seeing and treating them as actual people – as a newfound family, even – it was satisfying to see Eden redeem herself.

Scrolled through Bibble the blue puffball in a meme today? We got you covered.

Fairytopia revolves around Elina (Barbie), the only wingless flower fairy in their land. After a widespread poison makes her fairy friends flightless and sick, it’s up to Elina, as the only immune fairy, to look for a cure. Will she be able to find her wings?

“What makes you different makes you special” – despite being ostracized for being wingless, Elina learns how to embrace her flaws. She is guided by her wisdom and determination in making genuine choices.

This fairy and flower-filled trilogy will surely bring a smile to your face!

What if you could create your own dresses by swirling a magical paintbrush?

Rapunzel (Barbie) resides in a tall tower far away from the kingdom with her restrictive stepmother, Gothel. Through the power of a paintbrush, she untangles truths about herself and the world beyond her tower.

“Love and imagination can change the world.” Rapunzel knows little of the outside world, so escapism is recurring imagery and narrative in the film.

The themes of introspection and creativity are simple yet substantial, stepping stones in developing one’s rupture from old chains  — just like Rapunzel breaking free from her oppressor.

Non-conformity and self-discovery ring a vibrant tone in Barbie as the Island Princess.

A shipwreck sends young Rosella (Barbie) to a tropical island, and she is raised by a family of animals. Time passes, and she meets for the first time a human just like her, Prince Antonio, as they embark together towards civilization.

In the film, Rosella sings a meaningful song about tracing her identity – “Why do my memories start with a storm?” She’s initially awkward and ashamed of her uncivilized manners.

But she instead learns how to work her way through by overcoming her inhibitions – using her island culture to help the kingdom, while at the same time being open and adaptable but also knowing when to conform or deviate from the norm.

The narrative is tear-jerking and moments are often accompanied by a heartwarming score.

In a modern age of the “I’m not like other girls,” phenomena, Barbie doesn’t shame you for you being you. Rather, it subverts expectations and confronts internal misogyny. Because why should girls turn against each other in the constant battle for exceptionality and individuality?

Barbie is genuine to its core, bringing girls’ voices together, evolving as a 21st-century woman, and redefining all types of empowerment. Yes, Barbie is an overlooked, misrepresented, and yet relevant feminist icon.  — Rappler.com

Mikaela de Castro is a Digital Communications volunteer at Rappler. She’s an Asian Studies major and a student-journalist from the University of Santo Tomas. She’s a pink connoisseur that likes to make sense of the noise.