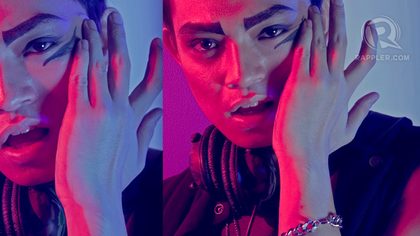 MANILA, Philippines – Being gay, as what the Panty Monsters have taught me, is never a choice.

Sometimes, it’s what you really are — and by loving what you are takes courage far greater than that which can be found in “real” men.

Mike Lavarez, the Panty Monsters’ resident DJ, shares with RAPPLER what it’s like to be with a group of friends who share the same passion for loud, expressive fashion, music and lifestyle, as well as sharing the same inspiring story of accepting what they really are and coming out — even if society isn’t always open to them. One of Mike’s fondest memories as a kid was dancing the Lambada as his family watched and cheered him on. In between wearing skirts and borrowing his mom’s heels, he realized early on that he was, indeed, different from other children.

His family saw it coming, though. Even if he was the eldest and an only child for some time (his sister was born 10 years after), his parents gave him a lot of understanding. There came a point, however, when his father was somehow a little uncomfortable with his orientation but, in the end, Mike’s dad eventually accepted the sexuality of his only son. Mike never really minded any form of discrimination during high school and college because he was focused on his studies and extra-curricular work. He humbly describes his story as “trash,” due to him being kicked out of high school. His achievements say otherwise, though; having passed entrance into UP Fine Arts, he graduated with a major in Advertising.

”I was a trash kid,” he sheepishly recounts. “Luckily, I didn’t lose my love for the arts.” 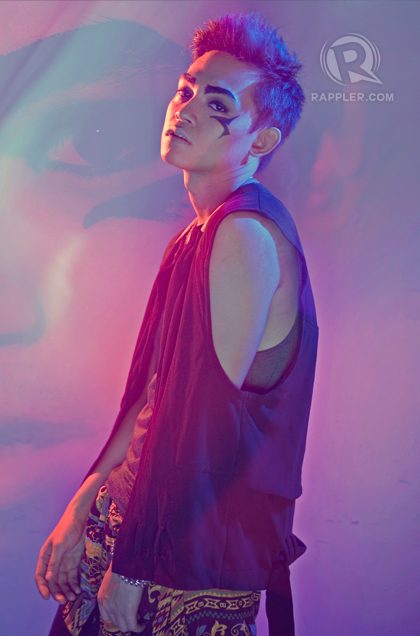 His love for the arts can only be matched by his love for synchronized music. Right after high school, Mike got involved in all kinds of projects, from directing fashion shows to styling, in order to save enough money and buy a mixer. His mother didn’t approve of Mike purchasing such costly equipment, but Mike pushed on. “We learn from our own mistakes, so we have to take risks. I won’t be a Panty Monster if not for my equipment,” he says.

The Panty Monsters was formed less than 4 years ago. They were about 8 people in the group, complete with fashion models, impersonators, stylists and artists. According to Mike, the name “Panty Monsters” is from the movie “Party Monsters,” about an underground club from the ’90s and early 2000s. In today’s Manila pop scene, the Panty Monsters is regarded as a revolutionary group, standing up for LGBT rights. 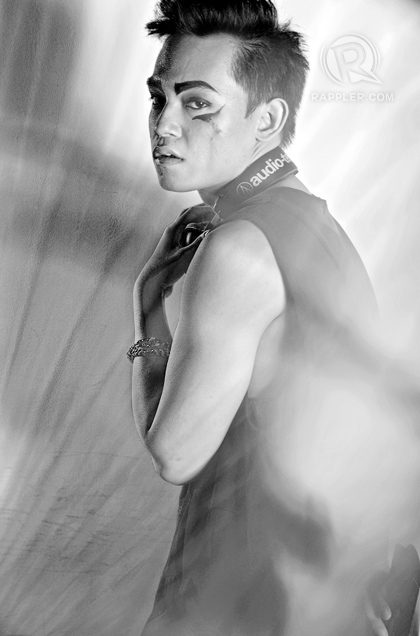 An important question: how does Mike view religion?

“I’m not really a big fan of religion, but I believe in God. There is a God, a much bigger power,” he says. “(Whether one wields a Bible or not) it’s really about the goodness He sees in your heart.” – Rappler.com