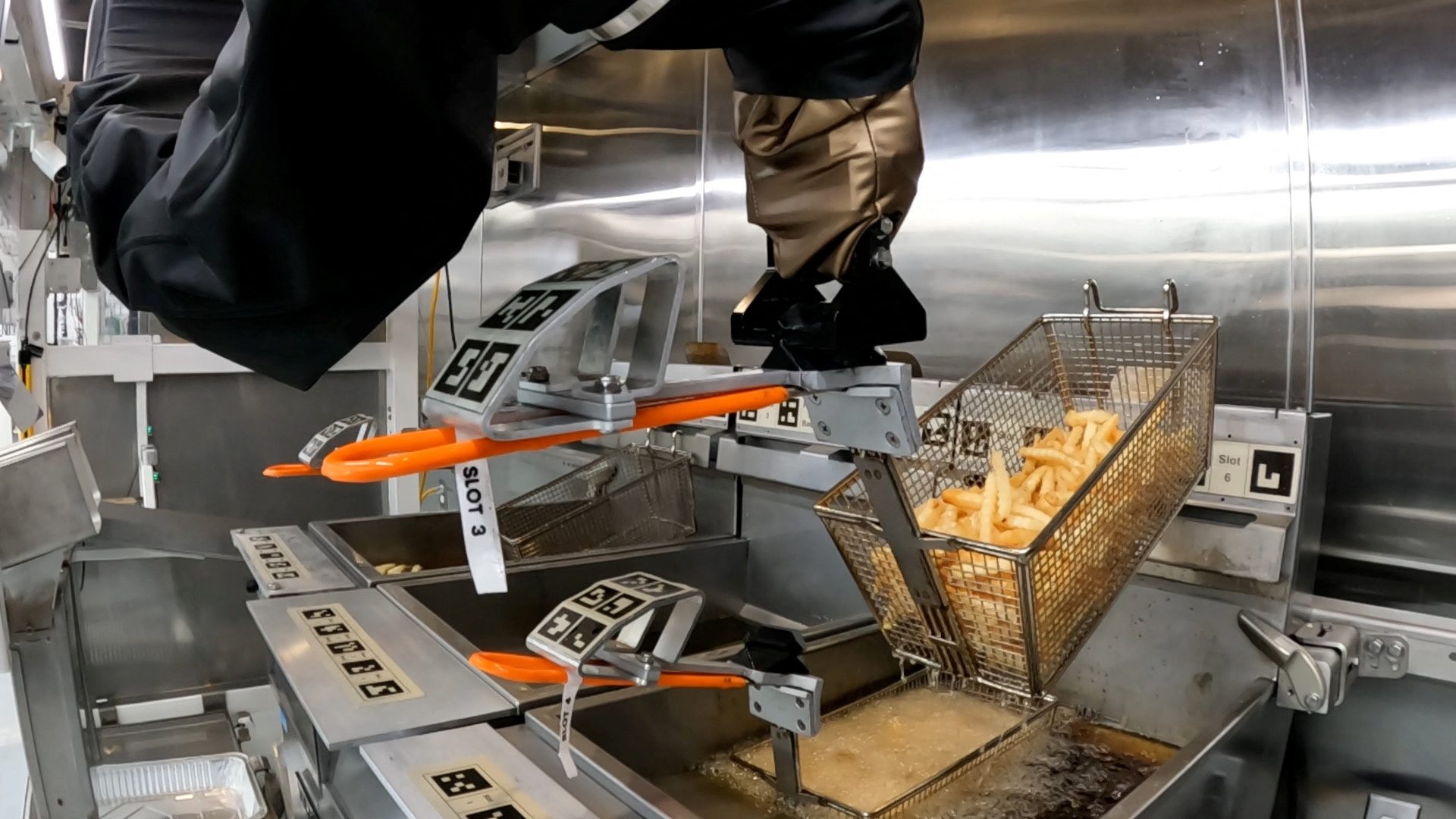 The Flippy 2 robot takes fries out of a vat of oil at a lab of manufacturer Miso Robotics Inc in Pasadena, California, U.S. September 27, 2022, in this screen grab from a REUTERS video.

PASADENA, California, USA – Fast-food French fries and onion rings are going high-tech, thanks to a company in Southern California.

Miso Robotics Inc in Pasadena has started rolling out its Flippy 2 robot, which automates the process of deep frying potatoes, onions and other foods.

A big robotic arm like those in auto plants – directed by cameras and artificial intelligence – takes frozen French fries and other foods out of a freezer, dips them into hot oil, then deposits the ready-to-serve product into a tray.

“When an order comes in through the restaurant system, it automatically spits out the instructions to Flippy,” Miso Chief Executive Mike Bell said in an interview.

” … It does it faster or more accurately, more reliably and happier than most humans do it,” Bell added.

Miso said it took five years to develop Flippy and recently made it commercially available.

The robot’s name comes from Flippy, an earlier robot designed to flip burgers. But once Miso’s team finished that machine, they realized there was a much tighter bottleneck at the fry station, particularly late at night.

“When we put a robot into a location, the customers that come up and order, they all take pictures, they take videos, they ask a bunch of questions. And then the second time they come in, they seem not to even notice it, just take it for granted,” he said.

Miso engineers can watch Flippy 2 robots working in real time on a big screen, enabling them to help troubleshoot any problems that crop up. A number of restaurant chains have adopted the robotic fry cook, including Jack in the Box in San Diego, White Castle in the Midwest and CaliBurger on the West
Coast, Bell said.

Bell said three other big US fast-food chains have put Flippy 2 to work, but says they’re hesitant to advertise because of sensitivities about perceptions that robots are taking jobs away from humans.

“The task that the humans are most happy to offload are tasks like the fry station. … They’re delighted to have the help so they can do other things,” Bell said.

Miso Robotics has around 90 engineers, who tinker with prototypes or work on computer code. One of its next projects is Sippy, a drink-making robot which will take an order from a customer, pour drinks, put lids on them, insert a straw and group them together.

Bell said that some day, people will “walk into a restaurant and look at a robot and say, ‘Hey, remember the old days when humans used to do that kind of thing?’