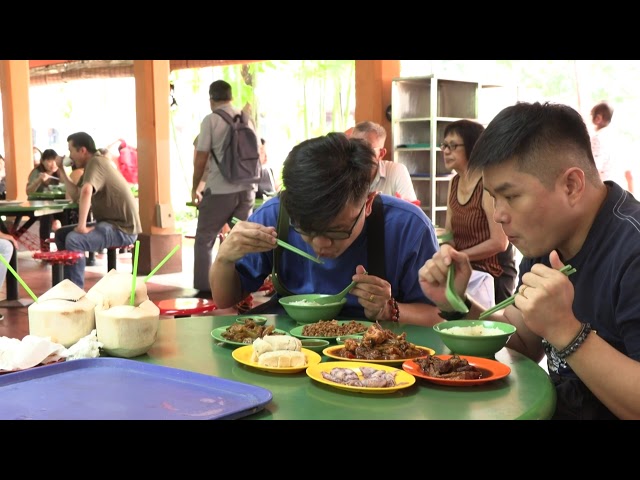 The city-state is full of open-air food courts where vendors serve delectable – and cheap – dishes.

In the same food center as Ng’s stall, for example, you can buy Michelin guide-recommended Hainanese chicken rice for around Sing$5 (US$4).

On its website, UNESCO noted that Singapore’s diverse population of ethnic Chinese, Malays, Indians and other races inspired the hawkers’ culinary creations.

“Many (hawkers) specialize in a particular dish, refined over many years, and transmit their recipes, knowledge and skills to younger family members or apprentices,” it added.

Ng’s stall is an example of this – it was started by his father, according to local media, and is one of the few places in Singapore that still makes “ngoh hiang,” beancurd-wrapped rolls of spiced minced meat.

“Hawker culture is something that’s not elite, it’s of the people so I think it’s something that all Singaporeans can celebrate,” says Pasha Siraj, whose stall serves modern Indian cuisine.

Humphrey Lim, a Singaporean enjoying his lunch at the food center, agrees.

“To Singaporeans this place actually holds more value than the Botanic Gardens (a UNESCO site in Singapore) because most Singaporeans come here on a daily or weekly basis to eat the food.”

Getting the recognition “has been a long but fruitful journey,” wrote Prime Minister Lee Hsien Loong on Facebook on Wednesday.

“The biggest thanks must go to the generations of hawkers for nourishing a nation’s stomach and spirits.” – Rappler.com