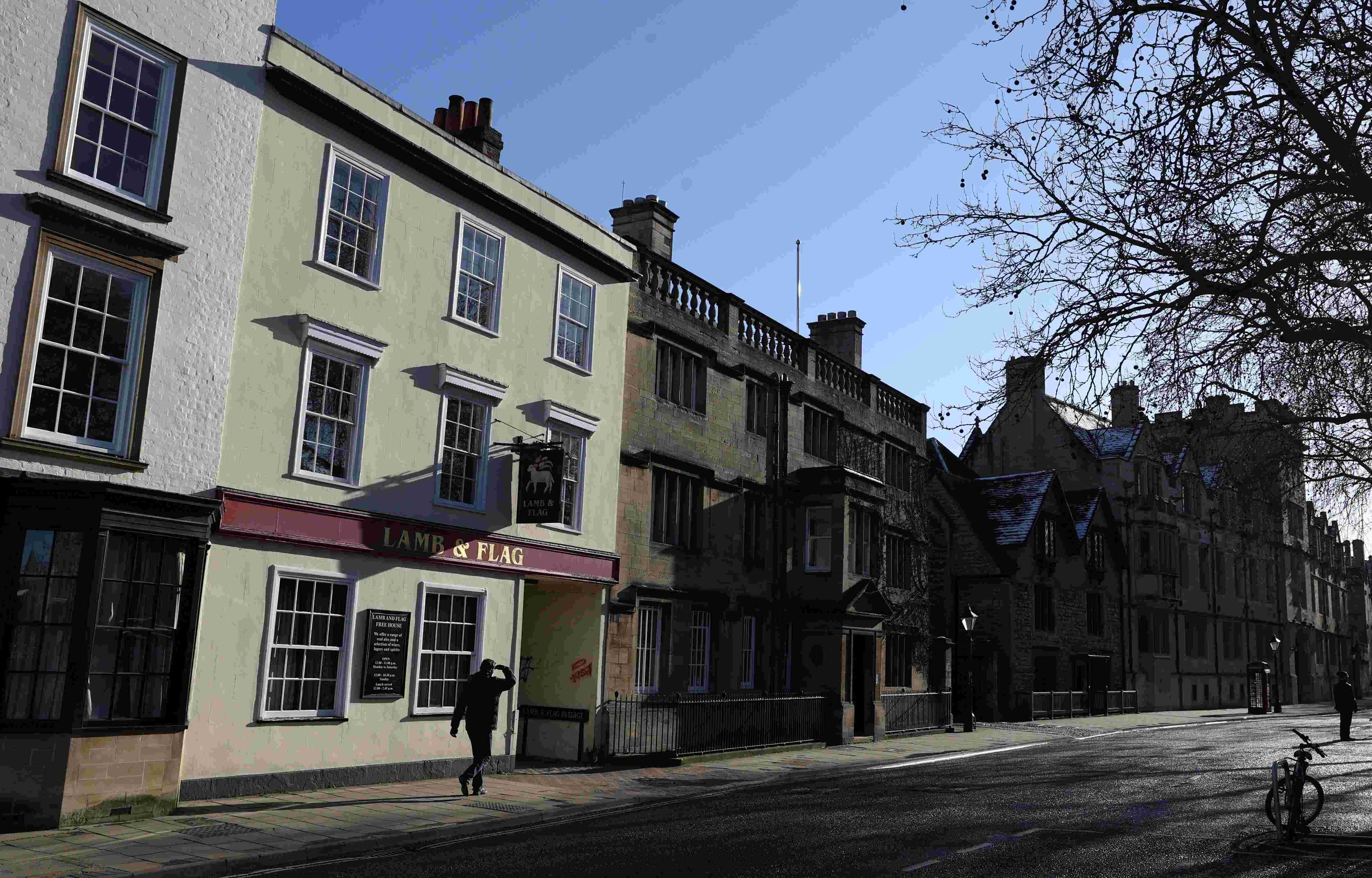 The Lamb and Flag is seen as the Grade-II listed pub is forced to close, after more than 400 years of business, following outbreak of the coronavirus disease (COVID-19) pandemic, in central Oxford, Britain, January 25, 2021.

A historic pub in the center of Oxford that has served students, scholars, and literary greats for over 450 years is to shut down, a cultural casualty of the COVID pandemic.

The Lamb and Flag, once frequented by the likes of Lord of the Rings author J.R.R. Tolkien and his friend C.S. Lewis, who wrote The Chronicles of Narnia, has suffered a disastrous loss of revenues since the start of the pandemic.

The pub first opened in 1566 and was moved to its present location on St Giles, a broad thoroughfare in the city centre, in 1613. It is owned by St John’s College, one of 45 colleges and private halls that make up the University of Oxford.

“The Lamb and Flag, like many other businesses in the hospitality industry, has been hard hit by the pandemic,” said Steve Elston, deputy bursar of St John’s, in a statement announcing the pub would close on January 31.

“The trading figures of the last 12 months have meant that the pub is not currently financially viable.”

England was in lockdown for most of March, April, May, and June last year, then again in November, and has been in its third national lockdown since Jan. 5. University life has been severely disrupted even outside of official lockdowns.

Dave Richardson of the Oxford branch of the Campaign for Real Ale said the Lamb and Flag was one of the city’s most traditional pubs and it would be a tragedy to see it disappear.

“It has no TV, it has no jukebox, it has no music. It’s a place where people come to talk to each other, to enjoy the traditional, historic surroundings. Generations of people have done that, students, townspeople, people from afar,” he said.

Named after symbols traditionally associated with St John the Baptist, the Lamb and Flag is rumored to have hosted the great writer Thomas Hardy, who set his dark novel Jude the Obscure partly in a fictionalized Oxford called Christminster.