Berries for a cause: Women-led initiative connects Cordillera farmers to the city 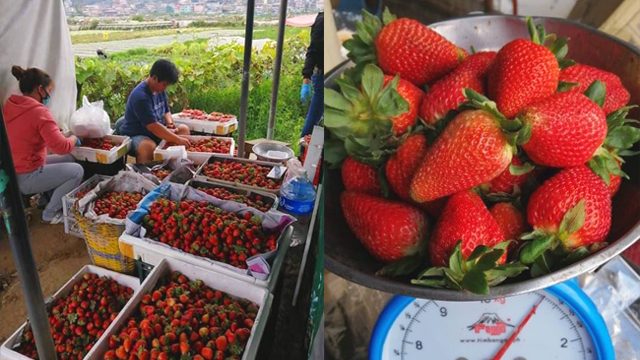 Facebook Twitter Copy URL
Copied
Fresh strawberries, jams, lemons, and more – enjoy Cordillera produce and support their famers at the same time through local online business Sadiwa
MANILA, Philippines – The start of the coronavirus lockdowns in the Philippines, to many, meant suddenly finding their movements restricted, with work taking place at home. For farmers, particularly those in the Cordilleras, it meant income lost. Due to travel restrictions, produce couldn’t arrive to the markets in time. With more supply but less demand, the fruits eventually spoiled, or were given away for free instead. Some were literally left in ravines and by the road to rot. These were images that broke Maxine Carasig’s heart. But what started as a one-time veggie donation drive would later turn into a full-blown online business: the quarantine-born Sadiwa, which links Cordillera farmers to consumers in Metro Manila. When trash becomes treasure: How Sadiwa started When Maxine made a call online, donations poured in. The money was used to buy the farmers’ excess produce, which Maxine then donated to Feed PH, a non-profit organization that provided meals to frontliners. This was working well, and Sadiwa partner Eric Alvarado, who initially linked Maxine to the farmers, offered to add strawberries to the produce list. Maxine agreed, posted it on Twitter, and the rest, as they say, is history.   Maxine, along with her high school friends Nikeia, Gian, Myrel, and Dell, worked with Eric to transport the first batch of berries from Benguet to Manila. They didn’t want that trip to be their last, though – so they put up Sadiwa: a sustainable link between Cordillera and the metro. “We’ve been friends for years and somehow, we found ourselves joining hands in building this little initiative during the most unlikely time,” Nikeia told Rappler. 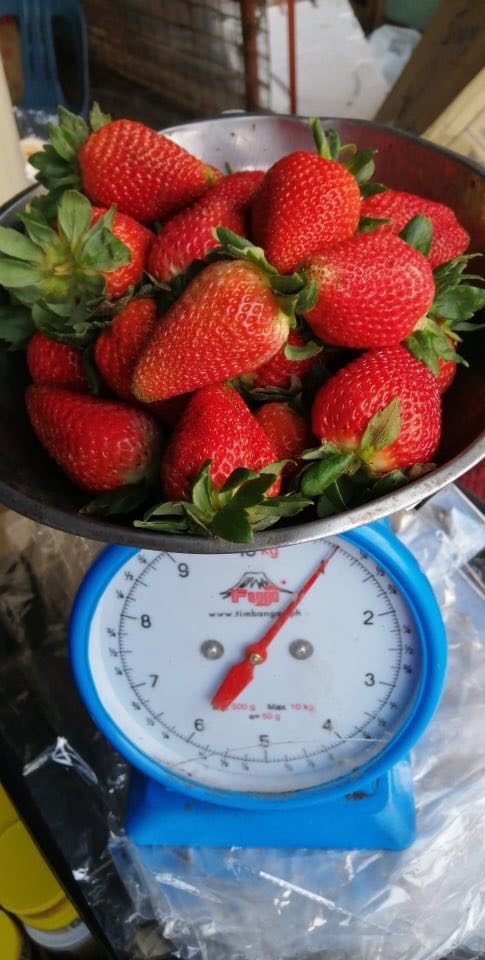 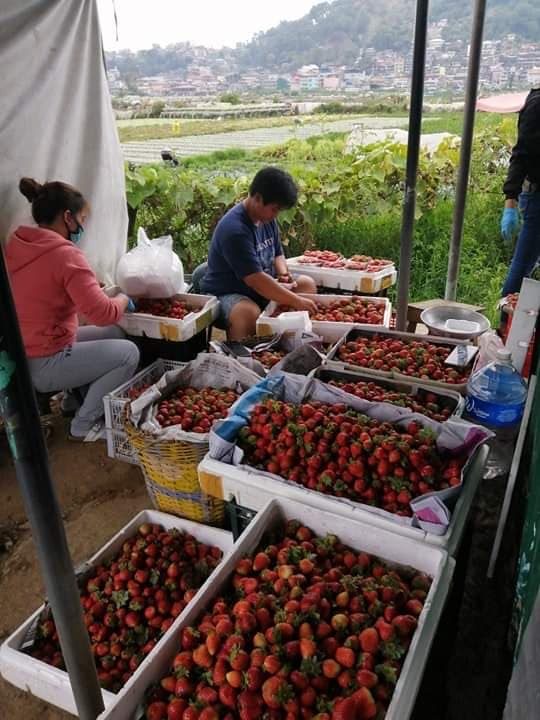 “The farmers rely heavily on tourists for their market, but with no travel allowed, it was almost impossible for them to sell their harvests like they usually do, unless other people with logistical means step up,” said Maxine said explaining why they put up Sadiwa. How Sadiwa works (and helps) Sadiwa carries a limited menu of fresh harvest from the North – strawberries, freshly-made strawberry jam, preserves, lemons, and the occassional blueberries, avocado, and mangoes. It wasn’t an easy process in the beginning – Nikeia said it took about two to three trips from Benguet to Manila just to complete one batch of orders. But they’ve improved their logistics since, and can now source from Benguet even though the group isn’t complete to make the trip – a hiccup they needed to address ASAP, as demand began to increase during the ECQ.   “We wanted to have a smooth-flowing work system not just for us but for our customers, to be able to have a hassle-free and convenient ordering process,” Dell said. Orders are taken every Monday, confirmed in 2-3 days, processed in one-two weeks’ time, and then dispatched to Metro Manila customers on Fridays. Within this timeframe, they work directly with the farmers themselves, matching the quantity of orders with the farmers’ yield for the week. 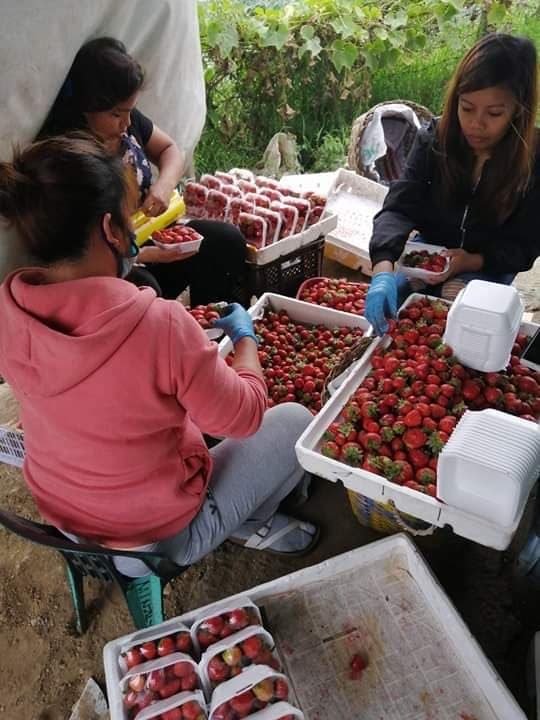 They take orders 4 times a month, with no minimum order per batch – it can go as high as the demand allows it to. “But of course, the more orders we get, the more we get to help out our partner farmers,” Dell said.   “We directly source from the farmers, so they get the maximum earnings from their produce as compared to having third parties involved,” Myrel told Rappler. The future of Sadiwa “Our current products are from nearby regions. But for long term plans, we’re thinking of permanently bridging the farmers (shortening the food supply chain) to their respective markets for them to be able to earn the maximum profit. This way, farmers can generate more income with less risks and uncertainties,” Myrel told Rappler. From starting off with their Benguet harvest of sweet charlies (which were nearing off-peak season then), Sadiwa had to adjust and already think ahead – what were other farmers offering? This pushed Sadiwa to contact even more partner farmers from different areas in the Cordillera region. “Forward-looking, we want to be able to extend our help to other communities and expand beyond the Cordillera region,” Dell said. How? With technology. Sadiwa plans to introduce more “techie ways” of communicating, transacting, and selling to their partner farmers, in order to always keep them in the loop. The same goes for customers in Metro Manila – Sadiwa believes that customers have the right to know how impactful their purchases are to the farming communities. 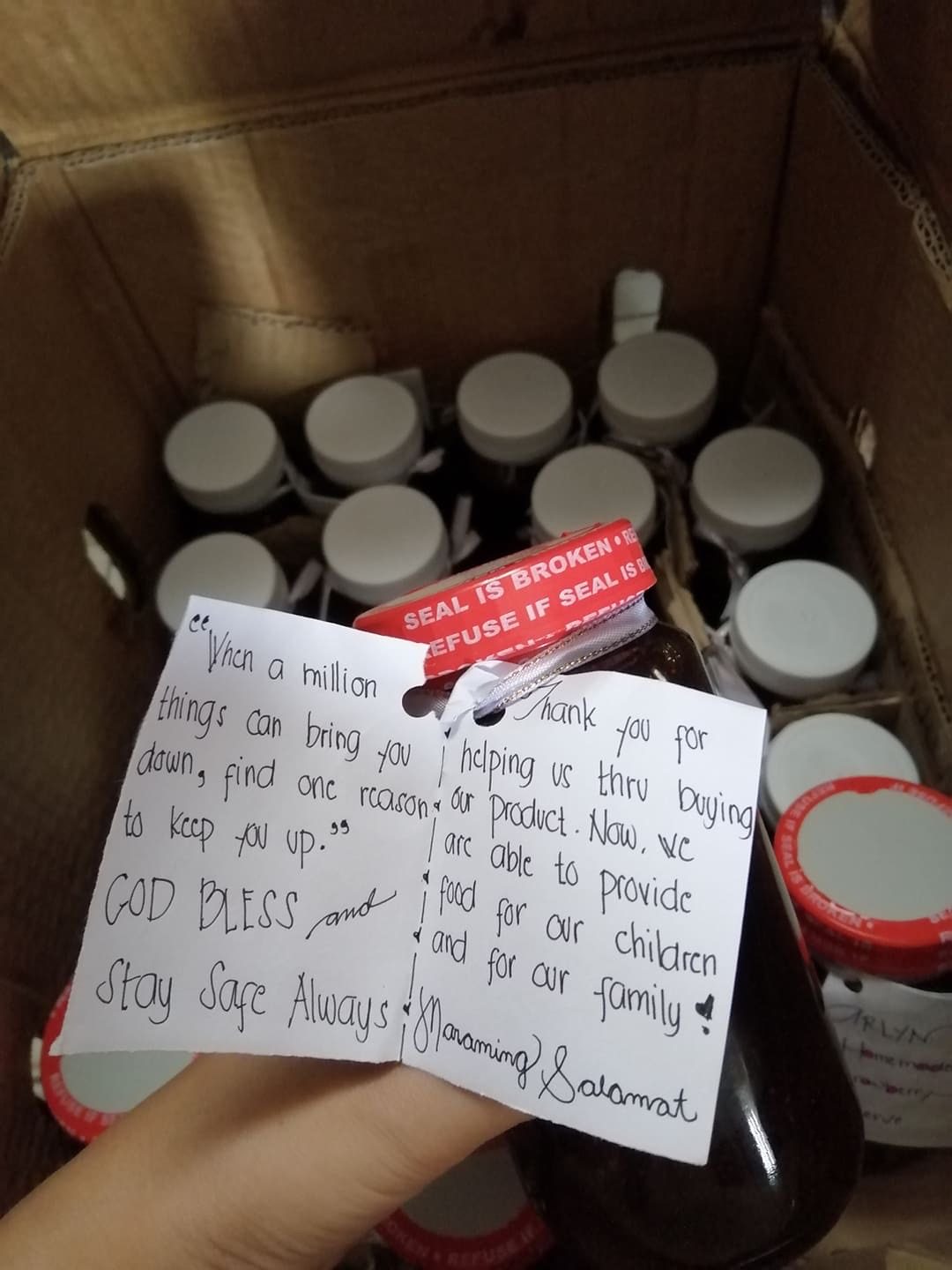 “The farmers also also get feedback from the deliveries of their products, so they get to have a sense of pride and ownership of the good they are contributing to society. We want to bring the producers closer to the consumers, so that we can establish a more intimate connection that will hopefully hone a more sincere and deeper appreciation for our agricultural sector,” Maxine said. A ‘berry good’ initiative: Why Sadiwa? Sadiwa also wants to highlight how crucial their livelihood is – not just for them, but for us. “The food on our table originally comes from them and yet the agricultural sector can be the most forgotten part of the society. We want the consumers to also somehow see and realize their worth,” Myrell said. “It is even frowned upon by the younger generations because they don’t see a bright future in it, so we want the Metro Manila people to think otherwise. If they want to think of taking up an agricultural course, they can and they should. Pati ‘yung anak ng farmers mismo, mas gusto pa lumuwas sa Manila than to continue what their parents have started. We want to lift the agricultural sector,” she added. 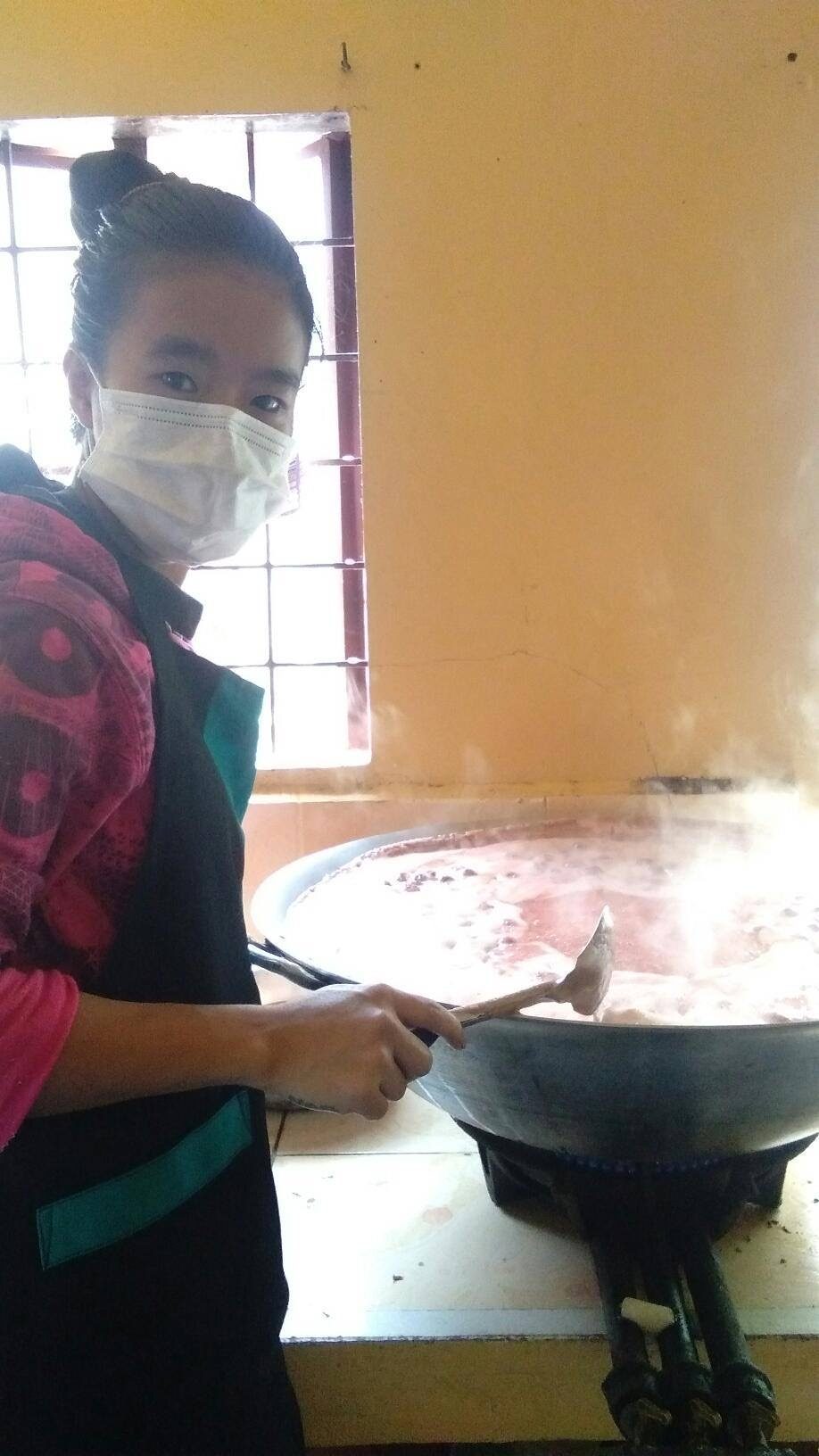 Sadiwa believes that the more you understand something, the more you appreciate it for what it is – and that’s exactly what happened for them as they pursued Sadiwa’s path: learning how to care for the produce, understanding the hard work that goes into every harvest, and delving deep into the lives of those who make sure we have food on our tables every single day. “We want more people to see this in the same light as we do, and hopefully extend their helping hand in strengthening this initiative further for our farmers,” Nikeia said. “We just hope that a lot of people still continue to believe our advocacy for our local farmers because we won’t be able to get this much support and love without them,” Maxine said. – Rappler.com To know more about Sadiwa and to place your orders, you can visit Sadiwa’s Facebook page.