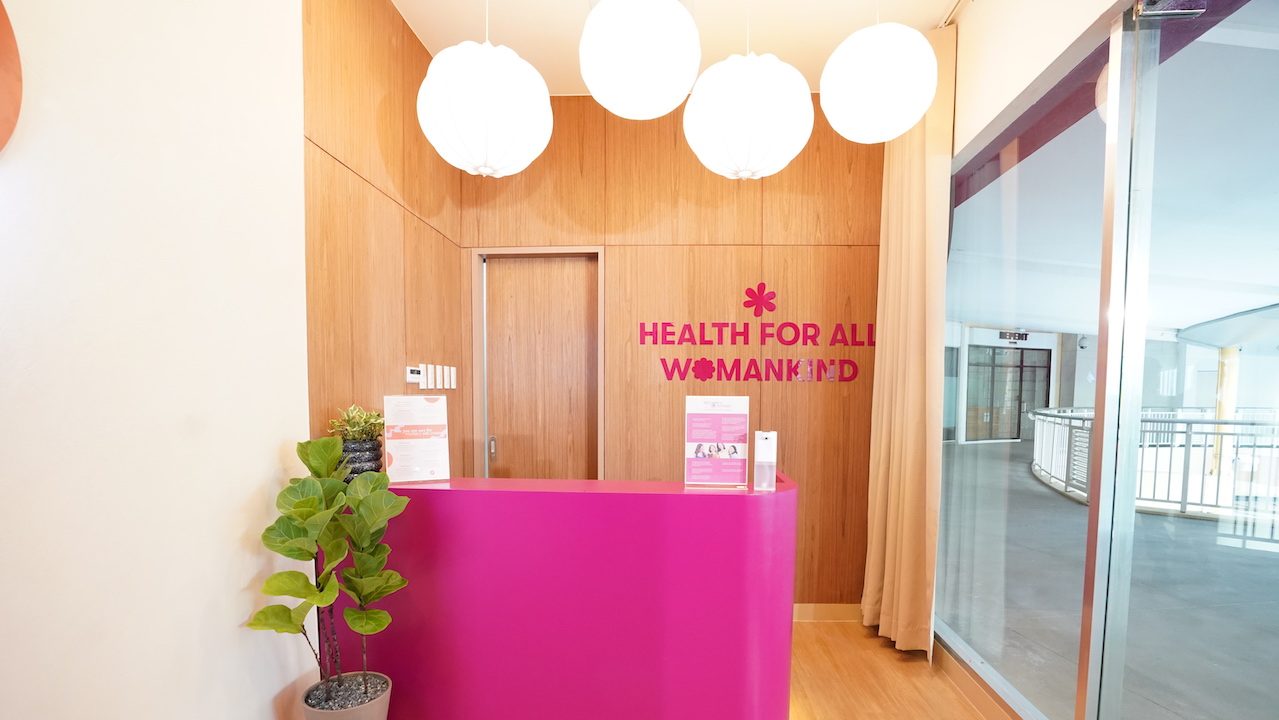 FOR WOMEN. Kindred Clinic offers a number of services that cater to women's different health concerns.

Facebook Twitter Copy URL
Copied
Due to hormonal fluctuations and lifestyle demands, women are prone to many health concerns besides reproductive issues

A more holistic approach to women’s health takes all these issues and more into consideration – and that’s exactly what Kindred, a new female-centric clinic in Taguig is set on doing.

Kindred initially operated as a telehealth platform and eventually launched a brick-and-mortar clinic on December 7. Unlike typical healthcare establishments, Kindred’s space is done up in colored walls and Instagrammable interiors, making it inviting and comforting for patients.

“Even if the condition is a gynecological condition, there are some symptoms or effects of reproductive health conditions that affect other parts of our bodies,” she said.

Jessica gave the example of Polycystic Ovarian Syndrome (PCOS), which according to her affects one in 10 Filipinas. She said that women who have PCOS experience a whole host of symptoms – from weight gain, acne breakouts, hair loss or hair growth, and depression.

“So it’s important that the doctors have a holistic approach, because you wanna feel better, right? So there’s no straightforward cure for it. We have a dermatologist, a nutritionist to help them lose weight a bit, or [help with] eating healthy in general. That’s what a woman with PCOS goes through, it’s a lot,” she said.

The clinic also offers mental health services, with both a psychiatrist and psychologist on board for consultations. According to Jess, over 20% of their patients deal with mental health issues.

“What’s going on right now, there’s so many things we’re all dealing with right now…pandemic, work. And all the conditions they’re going through. Like PCOS [patients], for example, they’re also going through a lot of depression, because like what the hell, what’s going on, suddenly I gained so much weight, breaking out and everything, the self-image is affected,” Jess said.

Kindred co-founder and healthcare entrepreneur Abet Valenzuela added that aside from situational factors that could affect a woman’s mental health, there are also physiological factors such as hormonal fluctuations that women are especially prone to – from PCOS to post-partum depression.

“Studies are coming out and there is proof now that women 60 to 70 are more prone to Alzheimer’s and dementia. And that has a lot to do with our hormones and how we’re made,” she explained.

“Science is getting developed, and now places like Kindred and in other countries that’s really just focused on women, on a woman’s body, on our hormones, on how our hormones affect our weight, our mental health,” she explained.

Another underserved aspect of women’s healthcare is sexual health – and it’s something that Kindred also wants to place focus on. The clinic includes a pharmacy that dispenses contraception, and their sister service Anna provides online delivery and monthly subscriptions to birth control as well.

Jess shared that during her experience as a nurse, she cared for many patients who were dealing with the repercussions of attempting to terminate their own pregnancies because abortion is still illegal in the country.

“It happens every day. Women die, Filipinas die every day from terminating their own pregnancy, like they get this pill from the black market unregulated, what their peers told them would work for them. They end up in the hospital for a few weeks, they go through mental health issues as well because of that, and some women don’t even survive, they don’t even get to the hospital if they start bleeding out in their bathroom. That’s what happens a lot. It’s insane,” she said.

Abet added that women bear the brunt of some sexually transmitted diseases.

“There are sexually transmitted diseases that affect women more than men. There are these silent killers as they say right, where men are carriers but women take the load of the problem,” she said.

Kindred’s goal is to foster a safe space for women to discuss these things with their healthcare providers.

Aside from OB-GYNE services, mental health care, and sexual health education, Kindred offers wellness services, and encourages women to enjoy these without guilt. Some of these services include IV drips (with a focus on medical benefits rather than cosmetic effects) and fitness training and consultation.

“We’re trying to empower them to really take care of themselves, whether that’s through yoga, or acupuncture, or IV drips,” Jess said, pointing out that a lot of women juggle multiple responsibilities – from building their career, to managing their home.

Ultimately, Abet pointed out that all these things need to be considered when it comes to women’s health care.

“I think the question we have to ask is, how many times have you been bounced around just trying to figure out what you need? And that’s what we’re trying to solve, because that’s also a barrier to why honestly regular people don’t solve their health problems. Because it’s inconvenient, it’s intransparent, it’s time-consuming, and it’s expensive,” she said. “Our goal is to bring the woman and the care closer together.”