Facebook Twitter Copy URL
Copied
Parents are turning to social media to find safe hangout places for their children, as they worry about how staying indoors for almost two years will affect the mental health of their kids

For the first time in her young life, two-year-old Nathania Ysobel Alesna was playing outside her house in the Philippine capital after 20 months of being kept at home by government coronavirus restrictions.

At a department store east of Manila one recent day, Nathania giddily rode a scooter and a bike as her mother, Ruth Francine Faller, looked on.

Later, Faller shared her elation with a Facebook group dedicated to helping fellow parents find places where kids can be outdoors or in public places without trouble from police enforcing the Philippines’ stay-at-home orders for children, among the strictest in the world.

“Her joy was overflowing. She looks innocent at the same time amazed at what she saw,” Faller told Reuters.

For many of the 40 million Filipinos under the age of 18, the pandemic has been a continuous lockdown because the government classifies children as a particularly vulnerable group for COVID-19, though few other countries do so.

Now, after 20 months, hundreds of thousands of parents are turning to social media to find safe hangout places for their children, as they worry about the impact of prolonged time indoors on the mental health of children.

Finding creative ways to classify play as exercise – and public spaces where enforcement is looser – is the goal of the private Facebook group “Kids Are Allowed”.

Hershey May Avillo-Parcarey, 37, in March set up the group with other parents to exchange tips on where they can bring their children outdoors, and word has quickly spread.

Some restaurants caught accepting kids have been temporarily shut down in recent months, but authorities in some areas, wary of restriction fatigue, sometimes overlook violations.

While many countries imposed total lockdowns at the onset of the pandemic early in 2020, the Philippines has maintained President Rodrigo Duterte’s policy of banning minors from outdoors and public spaces, although it can be unevenly enforced and has exceptions for exercise.

The Philippines is one of just 17 countries where schools have been closed for the entire pandemic, says the United Nations children’s agency UNICEF. A two-month pilot test of face-to-face classes in low-infection areas starts this month.

The presidential palace spokesperson reminded the population late in October that vulnerable groups – including children – are still under stay-at-home orders.

Nevertheless, Mica Cañete recently visited a Venice-themed mall in Manila with her husband and nearly three-year-old daughter, their first family outing in 20 months.

“I already have many spots in my bucket list for the kids, so I am thankful for ideas in the Facebook group,” Cañete said.

Mental health experts say such groups provide support for overwhelmed parents and for children who have become anxious, confused, and irritable after prolonged time indoors.

“In a time when we are all stuck at home, these virtual communities help inoculate parents from feeling isolated,” said Anna Cristina Tuazon, a clinical psychologist for children and their family, and professor at the University of the Philippines.

Around the world, depression and anxiety rates among children may have doubled since the start of the pandemic, said a report in JAMA Pediatrics in August.

How can I help my child handle death and grief in a pandemic? 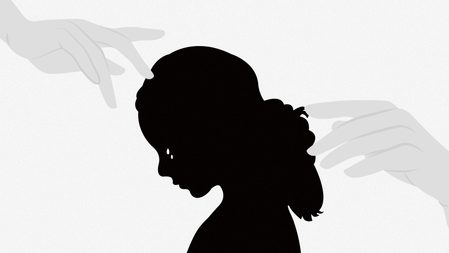 Kids Are Allowed’s Parcarey said she screens up to 300 posts a day, and does not approve posts like hiding kids in the driver’s seat to avoid checkpoints.

“Now, it’s hard for me to go out,” he said. “I pray for the coronavirus pandemic to be gone.”

The Philippines has fully vaccinated just a quarter of its 110 million population and a nationwide vaccine rollout for children over 12 began this week, prioritizing those with existing medical conditions. – Rappler.com