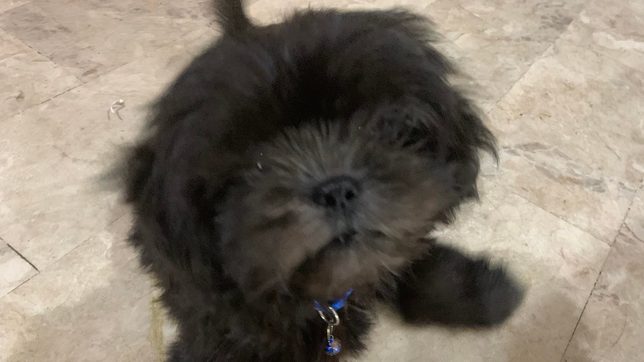 Facebook Twitter Copy URL
Copied
'The fate of the animal must be regulated with the same importance as the fate of other family members,' says lawyer Lola Garcia

MADRID, Spain – Spain will consider a pet’s welfare when couples divorce or break-up from Wednesday, January 5, in a legal shift that strengthens the case for couples obtaining shared custody of their animals.

The decision follows similar moves in France and Portugal and obliges judges to consider pets as sentient beings rather than objects owned by one or the other partner, a trend that was already underway before the law was passed.

“Animals are part of the family and when a family decides to separate, the fate of the animal must be regulated with the same importance as the fate of other family members,” said lawyer Lola Garcia, 42.

In October, a Madrid judge gave joint custody of a dog to an unmarried couple who sought a court ruling on whom the pet should stay with after they separated. The dog spends a month with each of them and both are legally responsible.

Garcia, whose Rights&Animals firm handled the case, considers the reform a major first step in a series of forthcoming legal changes governing people’s relationship with animals.

Pet ownership is high in Spain among European countries and the left-wing coalition government plans further legislation to strengthen animal rights, including a ban on wild animals in circuses and stopping the sale of pets in shops.

However, the nation remains polarised around the tradition of bullfighting, a hotly contested animal rights issue that is unlikely to be resolved in the near future.

Previously, a lawyer seeking joint custody of a pet had to prove both members of a couple owned the animal as an object, giving whoever had registered the pet an advantage.

Now a judge has to determine where the animal will fare better and that determination is based on the animal’s wellbeing Garcia explained.

A partner that can demonstrate financial solvency or who has been granted custody of their children has a better chance of securing custody of any pets too, as there is a special affective link between children and animals, she added.

Rodrigo Costavilas, 31, a psychologist out walking his dog in the Madrid Rio park praised the new law.

“This will help in the reduction of animals being abandoned or badly treated.” – Rappler.com

Pet playgrounds: Dog parks where your pupper can run and play leash-free