Facebook Twitter Copy URL
Copied
'Aside from feeling guilty about what I did, I think I am actually disgusted by and afraid of the evil in me'

Jeremy has a master’s degree in law from Oxford University. A banker of 37 years who has worked in three continents, he has been training with Dr. Holmes for the last 10 years as co-lecturer and, occasionally, as co-therapist, especially with clients whose financial concerns intrude into their daily lives

I am emailing you because I have no one else to talk to about my concern. To give you context, I’ve always had the habit of bottling up difficult emotions and issues. These tend to resurface and surprise me many years later.

I’ve read about asexuality and learned that it may have something to do with sexual trauma. That’s when I suddenly remembered an incident that I had long forgotten about when I was around maybe 6 or 7 years old. At that time, there were a lot of easily accessible R-rated films on local TV. I watched some of those and may have been influenced by what I saw. I do not recall the exact details but I do remember stroking the penis of my cousin who was then around 9 or 10 years old. I do remember that we were in the dark in one of the rooms of our grandparents’ house. I was the one who initiated it and he just let me. I don’t think it ever happened again and I don’t think we ever talked about it. In fact, I totally forgot about the incident until recently.

This memory explains why I have always hated myself. Growing up, I always thought it was my negative body image that made me extremely self-critical and made me refrain from anything remotely sexy. But, aside from feeling guilty about what I did, I think I am actually disgusted by and afraid of the evil in me.

I do not know if I should even address this. Do I deserve to seek help when I was the one who did wrong? I am already in my 40s and I actually do not see the point of dating and marrying. I am not seeing anyone nor am I planning to. I am just emailing you perhaps to seek a different take on what happened.

I do not know. How should I punish my past self? I am incapable of asking for forgiveness because the mere thought of discussing this matter with anyone, let alone my cousin, overwhelms me.

You seem to have concluded, based on your recall of a single incident when you were 6/7 years old, that you are an evil person and that the trauma attached to this incident has possibly led to a lack of pleasure in all matters sexual.

Children learn about sex from a variety of sources e.g. parents, school, peers, books/magazines, videos, the internet etc. They also learn by experimentation, by themselves and/or with others who are usually friends or family members. Per your account, your sex education came via videos and experimentation – in other words, a perfectly normal learning path followed by millions of children.

What is not normal, however, is your interpretation of this as evil. An isolated instance of sexual behavior of this nature, absent any suggestion of coercion, is in all likelihood sexual exploration, not sexual abuse. Of course, it is sometimes difficult to draw the line between the two, but Kathryn de Bruin, a marriage and family therapist, has worked extensively with this subject and drawn up some useful guidelines. For more on the subject, perhaps you might look at Understanding the Sexual Behaviors of Young Children and/or Understanding Children’s Sexual Behaviors – What’s Natural and Healthy (Updated and Expanded 2015), both by Toni Cavanagh Johnson PhD.

As for any possible link in your case between sexual behavior, trauma, and asexuality, therapy would be an ideal way to explore this further since “Dr. Google” and his ilk leave an enormous amount to be desired when it comes to a nuanced understanding of childhood experiences and their shaping of our adult lives. And if you end up decoupling your asexuality from any childhood events and still remain indifferent to all matters sexual, that’s fine too. 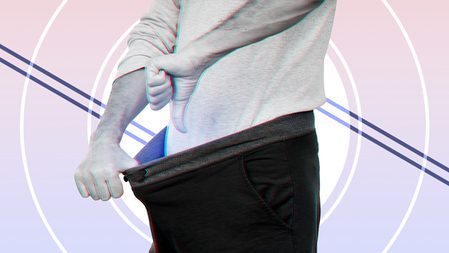 Thank you very much for your letter and for agreeing that I could share some parts of our sessions with the readers of Two Pronged.

But first, an explanation. True, Mr. Baer and I do not answer letters personally. We do not see any of our letter writers as clients either. However I somehow felt that you could be an exception to that rule, Sunshine. I somehow felt that, if we saw each other a couple of times, I might be able to soothe a lot of your anxiety and, hopefully, relieve you of a lot of self blame.

There are several therapists I could have referred you to, and I definitely would have done so were it needed.  However, you immediately realized that you did not force your cousin into anything he did not want to do. The fact of the matter was you couldn’t even have done so if you had wanted to.

Here you were, a 6-year-old little girl, stroking the penis of a 9-, possibly 10-year-old boy. No way could you have done that unless he let you. He could have easily refused your importunings if he didn’t like what was going on.

You immediately understood and accepted that you did not, could not have molested your cousin, so sexual trauma did not come into the equation in this case.

Oh, Sunshine, you are such a trusting, warm, and honest client, that you and I were able to go into what was really bothering you fairly quickly. Doing therapy with you was validating, healing, and meaningful for me. I can only hope that it was for you too.

All the best and mabuhay ka,
MG Holmes

[Two Pronged] How to deal with a sexless marriage