The beautiful Island Garden City of Samal: 16 things to do

Nov 22, 2014 3:06 PM PHT
Henrylito D. Tacio
Facebook Twitter Copy URL
Copied
Samal has so many things to offer to its guests and visitors. Three days may not be enough to explore its serene surroundings and wildlife treasures

The Philippines is an archipelago of 7,107 islands. Most of these are attractive islands but there a few which seem to stand above the rest. The Island Garden City of Samal – composed of 7 islets – is one of these because of its unspoiled beauty. “A little paradise on earth” is how people described the place. (READ: From Davao City, make the trip to these 8 beautiful beaches) 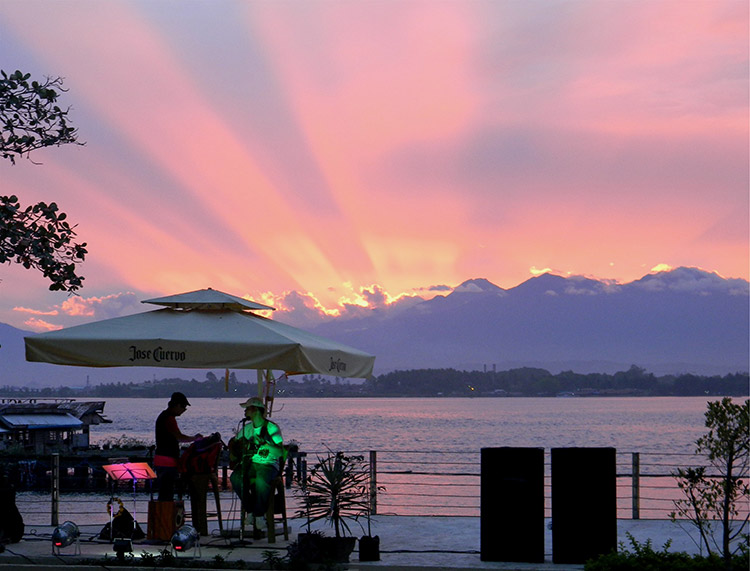 Located in the heart of the Davao Gulf, Samal City is physically unattached to the mainland of Mindanao although it only 900 meters east of Davao City. It has a stretch of over 118 kilometers of continuous coastline and with an extensive mountain range at the eastern coast, a number of isolated hills and uneven distribution of lowlands.

“The water is crystal clear throughout the coastline, which varies in terrain from gently sloping sand beaches to steep cliffs and rock formations,” the Davao regional office of the Department of Tourism informs. “The colors of the coastline at the beach areas transform itself from the green lush vegetation of coconut trees, to the white sandy beaches, to the dark blue color of the sea, with its deep waters and coral reefs.” (READ: Davao City: Your complete weekend itinerary)

Samal has so many things to offer to its guests and visitors. Three days are not enough to explore its serene surroundings and wildlife treasures. Here’s a rundown of what you can do:

1. Laze around all day at the Pearl Farm Beach Resort. Frolic along the white sand, walk under the trees, or simply have a good time while singing karaoke at the Parola bar at night.  A bonus: The food served in Maranao Restaurant is amazing so you do not have to worry if you will like them or not. 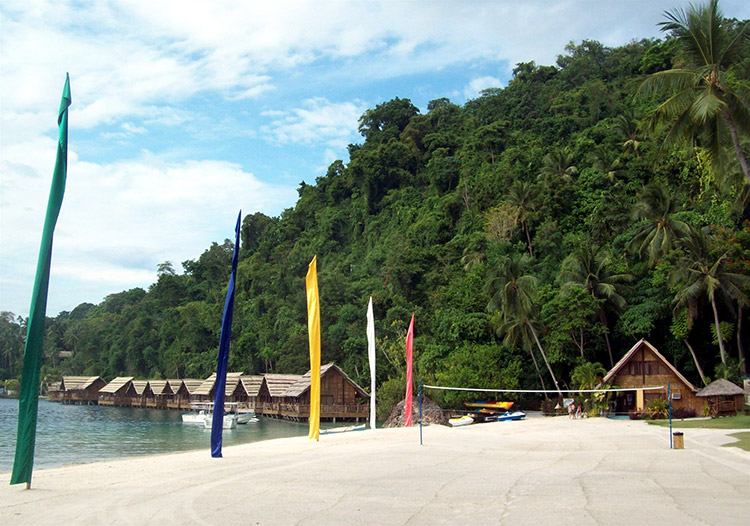 2. Conquer your fear by riding the giant slides of Bluejaz Beach Resort and Water Park (www.bluejaz.net). The slides are 130 meters long and consist of two serpentine flume rides that drop 30 meters from top to bottom. 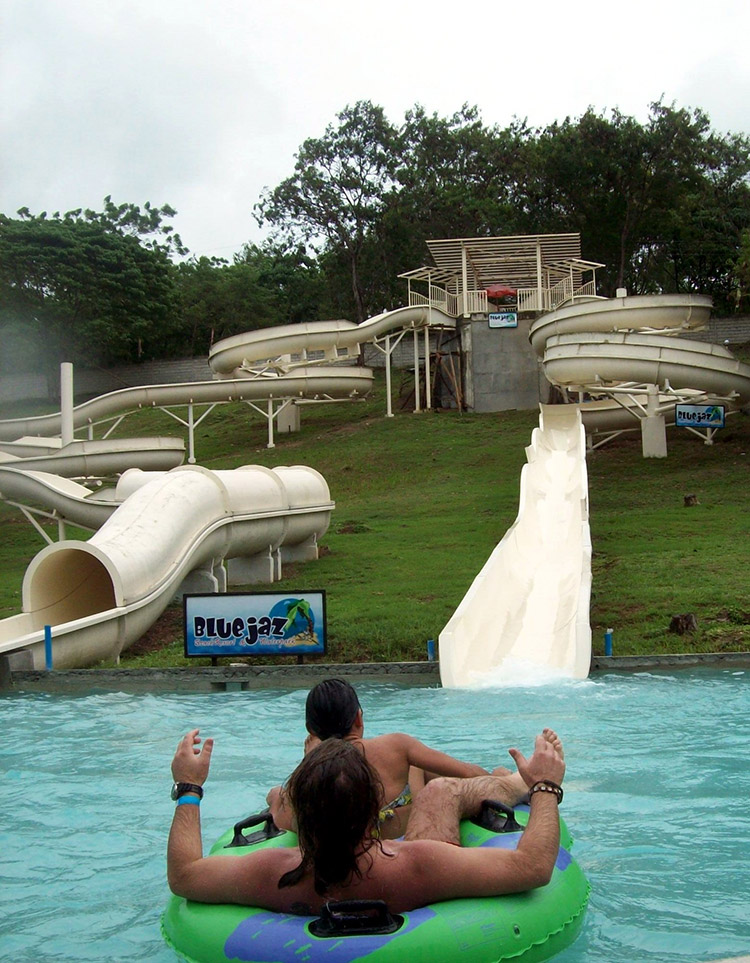 3. Have your picture taken with the fire dancers while they are doing their thing.  Do this only after they have already performed. Fire dancing is featured in some special events of Pearl Farm and Bluejaz resorts.

4. Take a dip in the natural swimming pools of Hagimit Falls, a low-dropping cascade with huge rock formations gushing forth water and mammoth boulders that seemed to have existed for eons. The place is well-covered by the canopy of full-grown trees, from the searing heat of the sun. 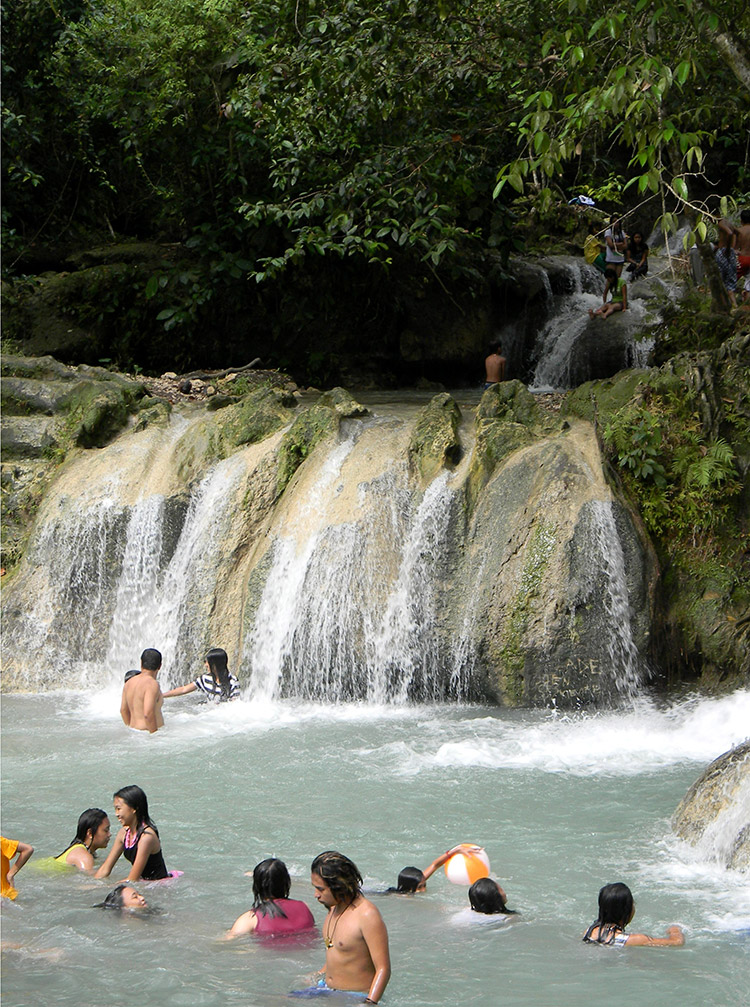 5. Visit the 224-hectare facility of the Island Garden City of Samal Mariculture Park in sitio Leydao, Kaputian District. Touted as an “industrial park on sea,” it is the first of its kind in the Philippines.

6. Go spelunking. There are more than seventy identified natural covers in Samal. Balete and Mangongawong caves offer trails of excitement while Baga cave looks like an undersea tunnel. 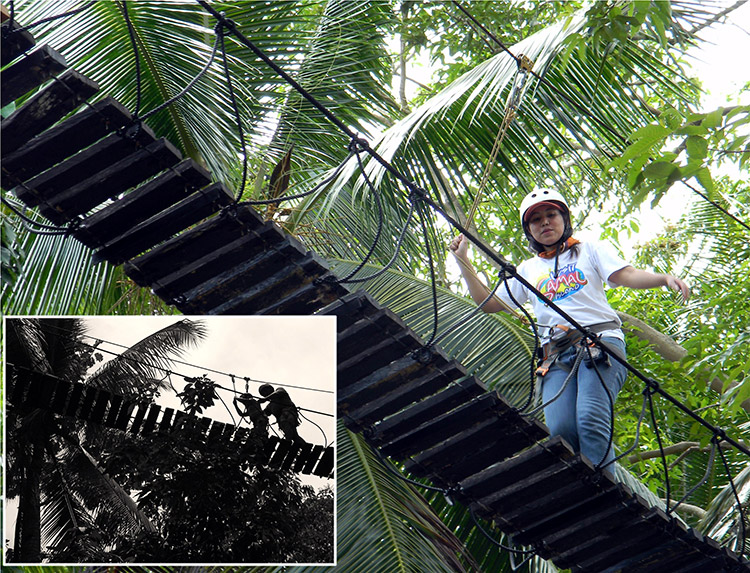 7. Scale Mount Puting Bato (so named because of the sheer limestone wall with a towering height of about 1,362 feet above sea level) and get to experience the thrills of climbing and be rewarded with a picturesque view of the land, sea and sky once you reach the top.

8. Go biking. The Cycling Advocates and Adventures listed the city as one of the top sites for biker.  “A must-ride for bikers not only from the South,” it said. “The relative peace and order here is a great way for cyclists to get introduced to Mindanao.”

9. Walk. You can go almost everywhere around the island to discover the unbeaten paths. Samal has a total land area of 30,130 hectares. (The modes of transportation in the city are motorcycles and buses.)

10. Feel like a bird when walking on top of the canopies of trees at the Maxima Resort Aqua Fun in barangay Cawag.  If you fear heights, don’t look down!  Another thing you can do: take the tarpaulin slide and plunge into the open sea.

11. Take a cruise around Samal Island and get to see almost 50 beach resorts scattered all over the island. Islands Banca Cruises Davao has specially designed tours ranging from a half day island hopping tour to an entire day of cruising through the Davao channel. 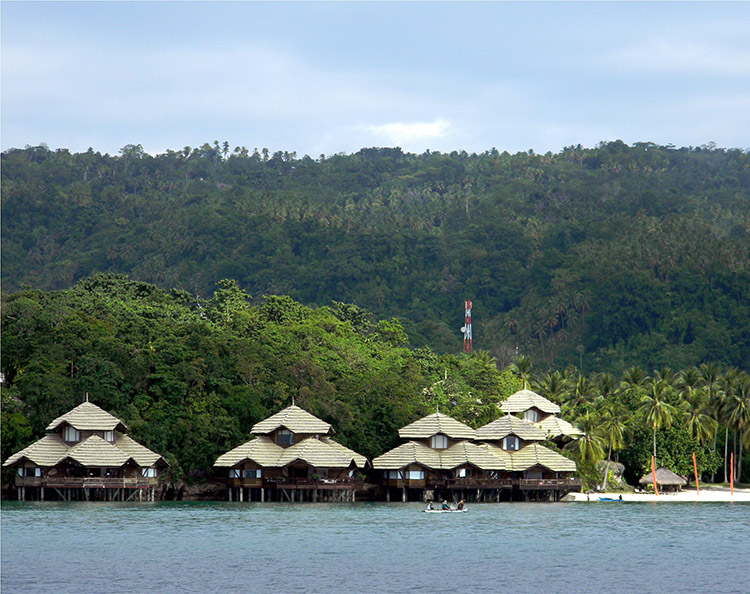 12. Take a dip at the Vanishing Island in barangay Tambo before it disappears when the tide gets high. It is also an excellent spot for kids to do snorkeling and beach combing.

13. Marvel at the sight of the more than two million bats living inside the Monfort Bats Conservation Park. It has been listed in the Guinness Book of World Records.

14. Go below the waters. The Pearl Farm is a natural haven of scuba diving as its waters had been declared a marine sanctuary. Just 60 meters away from the resort are two sunken Japanese World War II ships that await discovery. You can go to the islets of Talikud and Liguid where you will find beautiful coral reefs and amazing marine life.

15. Capture the beauty of the rice fields in barangay Aumbay, the island’s only rice granary. I had seen the same picturesque rice fields in Ifugao (Mountain Province) and Bali (Indonesia) but I was not expecting to see the same view in the middle of Samal. 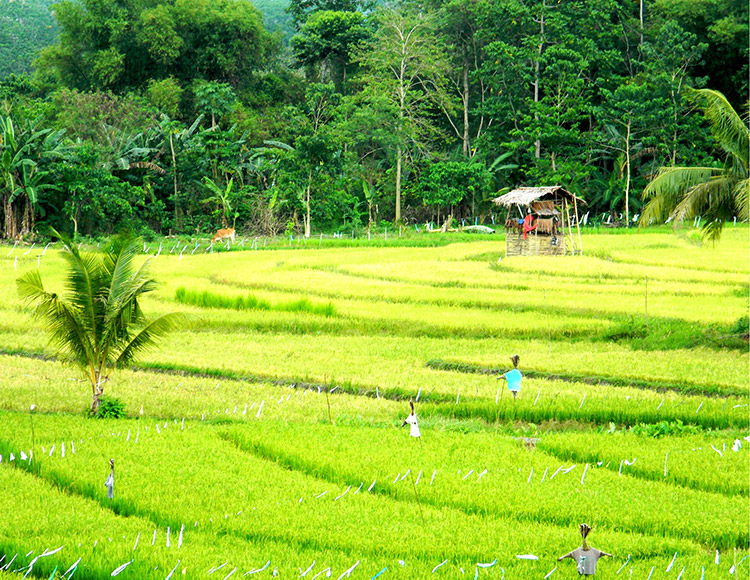 16. Join fishermen while they are looking for fish in some parts of the island. This is usually done in the early morning or late afternoon. 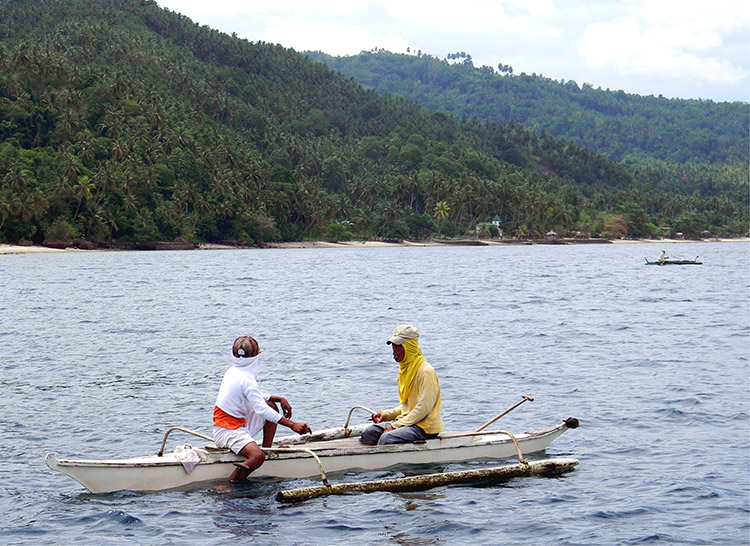 Looking for places to stay and food to eat? Don’t worry; the island has plenty.  Among those we recommend, aside from those mentioned earlier, are Hof Gorei Beach Resort, Paradise Island Park and Beach Resort, Punta del Sol Beach Resort,  Fernandez Beach Resort, Mayumi Disney Sea Beach Resort, and Blue Water Village and Resort. All these resorts also offer food to their guests and visitors.

Samal’s launch pad is in Davao city, about 45 minutes away by motorboat. You can go to Sta. Ana Wharf and Km 11 Wharf in Davao where there are small boats and even a ferry (if you are bringing you car). If you are staying in one of the big resorts such as Pearl Farm, they have a separate motorboat for you.

If you are trying to get there from Manila or Cebu, you can take a plane to Davao. It has daily flights to and from the city via Cebu Pacific and Philippine Airlines. You can also get there by sea via Superferry and Sulpicio Lines from Manila or Cebu. Land trip to Davao from Manila is also available via Bicol, but it is going to be a very long journey. – Rappler.com Henrylito D. Tacio is an award-winning journalist based in the southern part of the Philippines.  He specializes on reporting science, environment, medicine, agriculture, and travel features