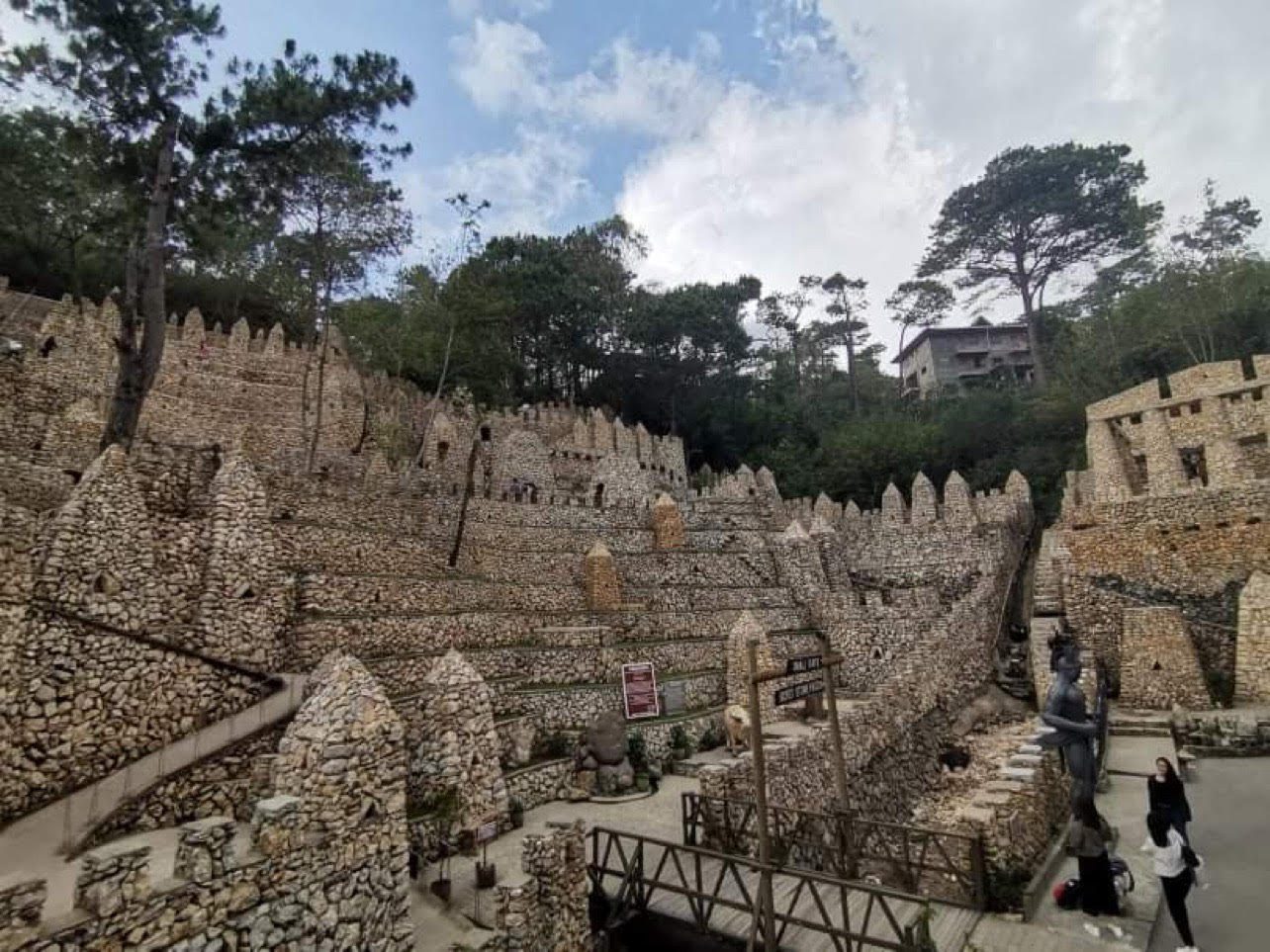 BAGUIO CITY, Philippines – One of Baguio’s latest tourist attractions was shut down on Wednesday, November 9.

According to Abayao, Magalong said that management of the popular site was warned as early as June to get a business permit.

“Instead, they kept on adding attractions,” Abayao said.

The six-hectare area showcased the stone masonry talent of the Cordillerans. Site owner Pio Velasco, a building contractor, has since added statues of Igorot warriors to keep up with the Igorot kingdom theme. Tourists were charged an entry fee of P100, with about 5,000 visiting the Stone Kingdom on weekends.

While waiting for Velasco to get a permit, Abayao said that environmental officials found the area to be geologically unstable.

The ongoing climate risk and vulnerability assessment by the Asian Development Bank and the City Disaster Risk Reduction and Management found that the structure had “very high landslide exposure.” The area was also designated as “prone to erosion” by the Mines and Geosciences Bureau of the Department of Environment and Natural Resources.

Magalong said the owner had previously been informed of the permit violations and was told to abide by the requirements, but had not done so.

Baguio City’s PIO reported that the infrastructure’s management persisted in building more structures and “defied” orders from the city government, prompting the City Buildings and Architecture Office to file a criminal case for violation of the National Building Code on November 7, 2022.

Velasco said that he respects the closure decision. – Rappler.com