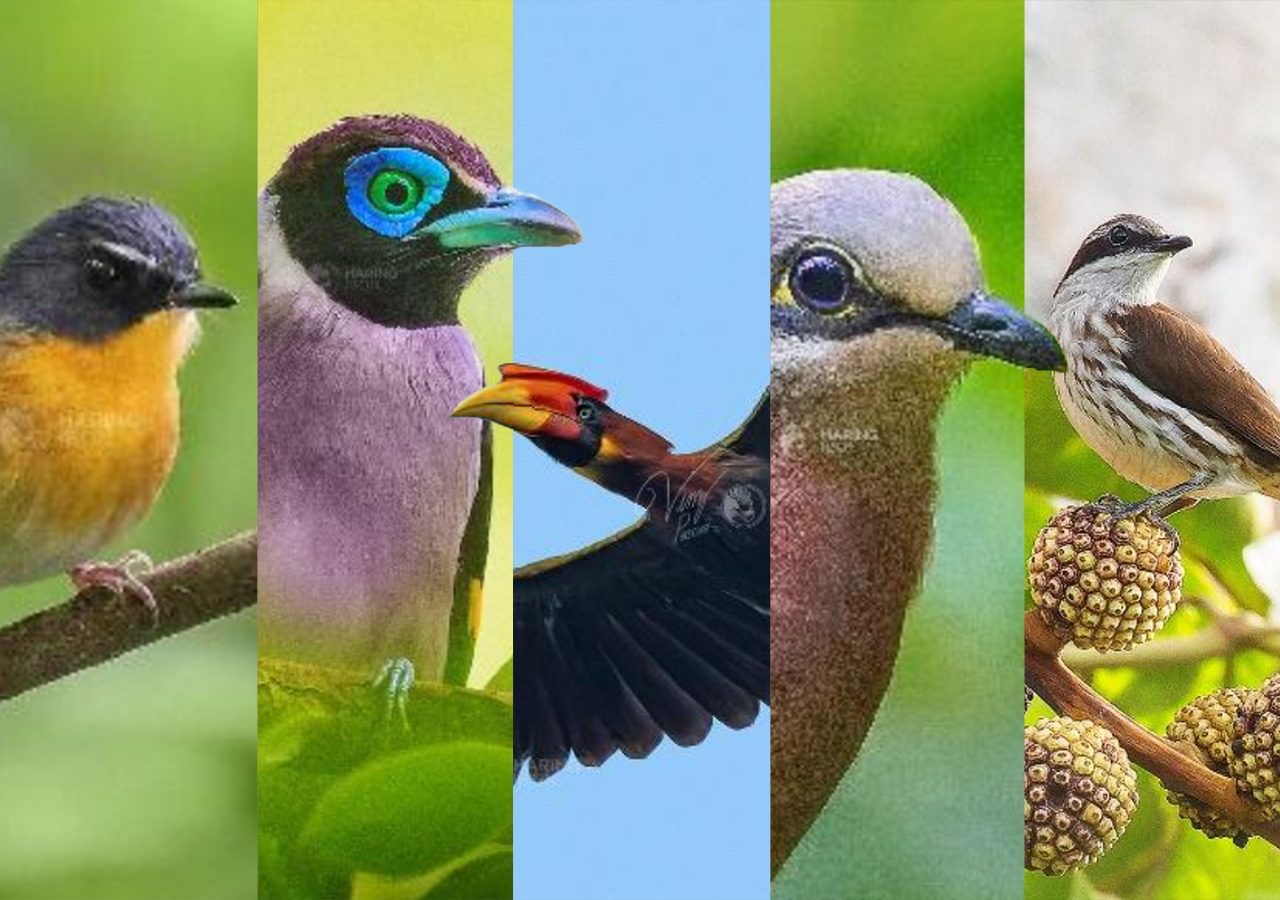 Facebook Twitter Copy URL
Copied
'Even if we have 254 endemic birds, tied with Brazil and second only to Indonesia, our avian tourism pales in comparison with other countries'

Most foreign bird photographers that have birded in the Philippines almost always complain of the difficulty of photographing birds in the country because, on top of the challenges in getting to the sites, which usually involve hiking for hours on rugged terrain, the birds are also very shy, a behavior they have developed because of hunting. Birds in other countries are more friendly, and many establishments have set up bird feeding stations and bird hides to capture quality frames.

To validate once again the status of birding sites and the degree of difficulty in photographing Philippine endemic birds, four members of Haring Ibon and Bird Finder Philippines – Alain Pascua, Djop Tabaranza, Ben Maputi, and Vinz Pascua – embarked on a 12-day bird photography tour around Mindanao.

The first two days of the expedition were spent mostly in Cagayan de Oro, specifically in Mapawa Nature Park. Our arrival past noon was greeted with heavy rains. However, to our surprise, our Bird Finder Ronnel “Dodong” Paglinawan had already prepared a hide by the roadside for a stakeout of the Southern Philippine Dwarf-kingfishers who have nested inside a termite mound just across the road. We also had excellent views of the Short-billed Brown-dove, Philippine Magpie-robin, and Southern Rufous Paradise-flycatcher.

The first site in Bukidnon was Intavas in Impasug-Ong. The presence of hundreds of wild sunflowers blooming around assured us that the Red-eared Parrotfinches were there as these birds eat their seeds. We saw one and then another, but their shyness hindered us from framing them. The sky above us showed Oriental Honey Buzzards and a Rufous-bellied Eagle. However, the other star birds of Intavas did not allow us to see and photograph them, even with the presence of our Bird Finder Marlon Sayoron, who belongs to the Higaonon tribe.

The group made its way to Cinchona in Lantapan, where we decided to split into two groups: Djop and Vinz to try for the young Philippine Eagle Pamarayeg III accompanied by Bird Finder Emeliano “Blackie” Lumiston, while Ben and I would stake out the parent eagles for birds in flight shots. Both groups were foiled in our attempts for the eagles, but we were fortunate to have photographed other small birds in the area, such as the endemic Bundok Flycatcher and Yellow-bellied Whistler.

Bird photography is one undertaking where a lot of considerations are entirely out of one’s control. Our days in Cagayan de Oro and Bukidnon prove that there are no guarantees in birding. There is no assurance that the target bird will be there or will appear. The target model has its mind, it cannot be controlled, and it is usually shy. The weather is also out of one’s control, and although reliable predictions are already available, the mountains have their own weather patterns.

Our exploration of Soccsksargen included visits to Kuden in Sultan Kudarat and Mt. Melibingoy in South Cotabato. In Kuden, we took note of the areas with fruiting trees and positioned ourselves to wait for feeding flocks. Rusty-crowned Babblers and Mindanao Pygmy Babblers were feeding on a fruit-laden Lipang Kalabaw or stinging nettle tree, while Philippine Green Pigeons and the majestic Rufous Hornbill fed on towering balete trees.

Our group then visited the outer slopes of Mt. Melibingoy in the town of T’boli to look for Mindanao Lorikeets. Their nests are hidden by the many orchids and mosses that adorned the tall trees, but their calls would betray their presence. We also photographed mixed flocks of Stripe-breasted Rhabdornises, Short-tailed Starlings, and Eye-browed Thrushes feeding on clusters of kamang-kamang fruits.

Our primary consideration was to see the Whiskered Flowerpecker and the Cryptic Flycatcher, but both were nowhere to be found at the site near the foot of Mt. Talomo. The flowerpecker was sighted but not photographed, while the flycatcher was not seen, probably because of the noise of a homemade marble air gun fired several times by kids, scaring them off. Oblivious to the noise were Brown Tit-babblers, Elegant Tits, and Scarlet Minivets. We also made a quick stop at the Philippine Eagle Center.

We explored two sites in the Caraga Region. The first was the PICOP Timberland Forest in Bislig City. Our Bird Finder, Zardo Goring, brought us to another place because the usual birding area is becoming smaller and smaller due to rampant and increasing illegal logging. We still managed to see the Short-crested Monarch, Rufous-fronted Tailorbird, and the incredible Mindanao Wattled Broadbill.

Birding in PICOP is usually the last birding site of the tour. We would typically exit to Butuan City to fly to Manila. This time, we have allotted three more days to explore an area we have not birded before, the privately-owned VPO Farm and Eco Reserve in Agusan del Sur. Its inclusion is a result of the partnership between Haring Ibon – Birds in Focus and Lerio Chocolates.

The Eco Reserve is a marshland surrounded by moat-like water. We boarded boats that were quietly paddled to bring us around the marshland. We recorded 46 bird species on the first day alone, including Southern Sooty Woodpeckers, Philippine Ducks, and a stunning Southern Silvery Kingfisher during our second day. Mindanao Monitor Lizards and Philippine Sailfin Lizards were also seen basking on sunlit branches while troops of Long-tailed Macaque foraged on treetops.

There is much needed to be done to improve avian tourism in the country. Even if we have 254 endemic birds, tied with Brazil and second only to Indonesia, our avian tourism pales in comparison with other countries. Haring Ibon-Bird Finder Philippines endeavors to make the necessary preparations and collaborations with people on site, such as guides and local communities, to establish well-equipped birding sites as well as make recommendations and actively partner with local governments, agencies, and offices to streamline protocols for more efficient coordination and proper promotion of the tours. – Rappler.com

Alain Pascua is the author of Haring Ibon – The Great Philippine Eagle, the only book that singularly focuses on the Philippine National Bird. He co-founded the Wild Bird Photographers of the Philippines. His photographs of the Philippine endemic birds have been featured in numerous publications both locally and internationally. His Ang Banog portrait of the Philippine Eagle has recently graced the cover of the historic All the Birds of the World book that features 11,524 bird species in 20,865 illustrations. He is a former undersecretary of the Department of Education.