#ThinkPH: In a world dominated by machines, what are humans to do? Facebook Twitter Copy URL
Copied
Exponential advancements in AI are bringing us to the verge of a new machine-dominated world, which may actually be a good thing

MANILA, Philippines – The world has known for some time now that digital technology will change how we work, play, and even think.

Recently, however, exponential advancements in artificial intelligence (AI) bubbling just beneath the surface have opened up the possibility of humans no longer being the dominant force on Earth. (READ: #ThinkPH: Man must learn to dance with machines – Van Geest)

That was the common thread running through a host of thinkers, futurists, entrepreneurs, marketers, and managers at Rappler’s #ThinkPH event last Thursday, July 21. These are the people who have been responsible for some of the biggest disruptions in the country and in Southeast Asia.

While some people predict that the coming wave of superhuman machines and AI, the singularity, will hit within the decade, others were quick to point out that realities on the ground, especially in developing nations, make that point far off still.

“What is beyond doubt is that it will happen,” said entrepreneur Peng Ong, who founded revolutionary firms such as Match.com in the tech capital of Silicon Valley.

Ong has also made his mark on the financial side of tech through GSR Ventures in China, and now Southeast Asia through his own venture capital firm Monk’s Hill Ventures.

According to him, the singularity that is often depicted in sci-fi books and Hollywood movies will happen when a machine that can create other machines as well as human beings is invented.

“Within 2 to 3 years from that point,” Ong continued, “machines will be so far advanced from where we are, what we are capable of. It could be 20, 30, or 100 years from now, but I don’t know of any serious computer scientist who says it won’t happen.”

To vividly illustrate how the market is progressing, he pointed out that the son of a friend of his, who specializes in AI, is currently making $17,000 from an internship in that field. That’s much more than what an average mid-level executive in Manila makes.

“That will cause massive changes as before, machines were typically augmenting humans, not replacing us,” Ong added. “Eventually they’ll start effectively replacing us.”

Disruption on a species-wide scale

The reason that Hollywood finds the narrative so compelling is that the singularity has the potential to disrupt not just individual industries, but a whole species.

“Think of what tech has done in just the past few years. Uber has disrupted the whole transport system and provided lots of flexible jobs, but what happens when self-driving cars come around?” said Ong.

While we don’t have a perfect understanding of how technology will progress, one thing that’s clear is the rise of super-capable machines will mean greater automation, with machines taking over everything from cab driving to call center jobs.

But Ong said that might not be such a bad thing. “As with all disruption, it’s a problem if you’re on the wrong end of it. But there’s also opportunities there.”

One key to thriving in this new world is to put yourself in a position where you can tell machines what to do.

A few years ago, one of the world’s foremost venture capitalists, Marc Andreessen, famously said that “software was eating the world.” That still holds true.

Learning computer science will be the key skill in a machine-dominated world.

“Computer science is what allows you to control the machinery for the world. All the innovations that happened are in some way directly related to the software. If you can control software you become something akin to the wizards of this new world,” Ong said.

“Even if it’s not a full degree, make sure to understand how software and new technology is about, how it works and its implications, because it’s coming at you full tilt,” he added.

Ong also pointed out that learning about software is easier than people think. At its heart, it is all about logic, and now, with widespread Internet, many can simply just read up online. 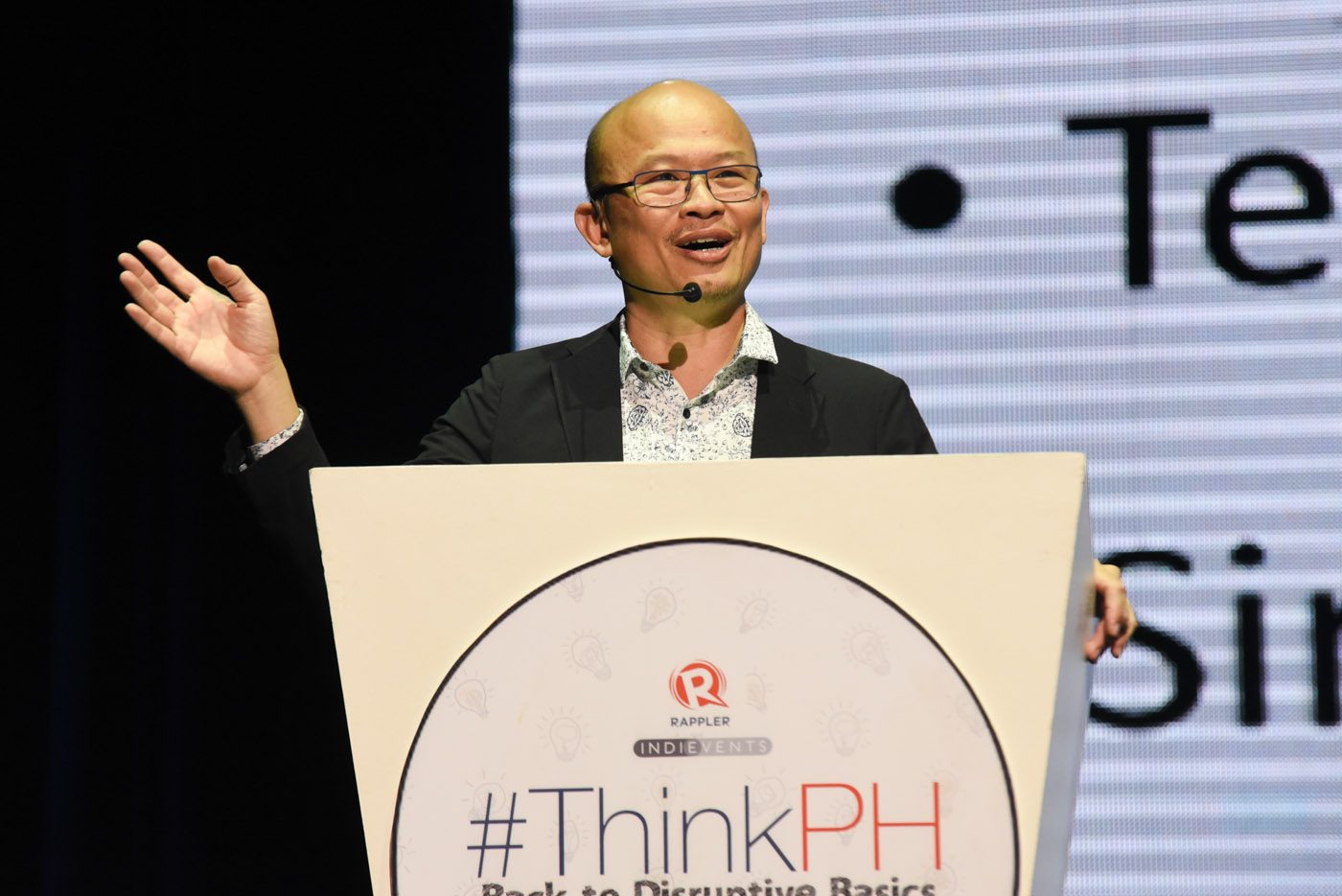 While the new era will turn the global economy inside out and possibly leave millions of people around the world jobless, it is not at all doom and gloom.

“In the end, as the number of jobs on the planet moves to zero, you end up with a much more efficient economy,” Ong said. “Since machines will be able to perform most tasks far better than humans, you no longer have inefficiencies.”

His prediction is that with increased efficiency, the standard of living will eventually improve for everyone. It will also give people a lot more free time.

“In the end, assuming governments do their jobs, we will have more time than we know what to do with. In the whole history of the world there’s only been about 1% who enjoyed this lifestyle, the kings and queens,” Ong said.

His personal belief is that by being freed from having to toil for a living, people will focus on finding purpose.

From Google to Apple to Tesla, one key defining feature of the tech industry has always been its grand ambitions to rework how we think of our lives.

“I think that’s where thinking about how tech will shape the future will be pretty fun. It makes you think about what you want to do and how you want to change the world,” Ong said.

“We’ve gone full circle, We’ve talked about how technology will replace us. But now we’re at a point where we can take advantage and think about our purpose.”

But, he continued: “Instead of waiting for the singularity to come, why not take some time now to think more about your purpose? You’ll end up doing more meaningful things.” – Rappler.com