In a 46-page report released on Friday, December 8, HRW also called out the Philippines for failing to implement adequate HIV prevention measures.

“The country’s growing HIV epidemic has been fueled by a legal and policy environment hostile to evidence-based policies and interventions proven to help HIV transmission. Such restrictions are found in national, provincial, and local government policies,” the HRW report said. (READ: WHO country rep: PH not doing enough to stop HIV epidemic)

The report focuses on men who have sex with men (MSMs), which is at the epicenter of the epidemic.

“Despite its claim that it is adopting policies to help prevent the spread of HIV, the Philippine government is failing to adequately target HIV prevention measures at MSMs. HIV prevention education in Philippine schools is woefully inadequate and the commercial marketing of condoms to MSM populations is non-existent,” the report added.

According to the Department of Health, around 25 people get infected with HIV in the Philippines every day. If the epidemic is not curbed, the number of people living with HIV (PLHIVs) may reach 133,000 by 2022, the DOH said.

Official statistics state that HIV prevalence among MSMs has increased 10 times in the last 5 years. In 2015, DOH recorded HIV prevalence rates of more than 5% among MSMs in 11 cities, compared to 0.2% overall HIV prevalance rate in the Asia-Pacific region.

According to HRW Philippine Researcher Carlos Conde, the key population at the center of the HIV epidemic in the country has shifted but the government has not responded accordingly.

Conde told Rappler that the HIV situation in the Philippines in the 1990s “was a commercial, sex-worker-driven epidemic much like in Thailand.” The government, he said, responsed by promoting the use of condoms.

The late Health Secretary Juan Flavier led the campaign to promote condom use during that time, and talked about it in public, “making HIV and condom use a part of the mainstream discussion.” “We are now seeing a shift in the epicenter of the crisis….These are MSMs who are getting younger and younger, about 15 to 25 years old. Around 83% of new infections are occurring among MSM and about 60-62% are very young people,” Conde said.

“So you have a situation where the government did not shift its strategy in addressing the problem. It didn’t stick to the old model. In fact, it stopped promoting condoms,” he added.

Philippine law also prohibits HIV testing of children below 18 years old without the consent of parents and guardians, which limits testing for the key population.

Government barriers in the local level 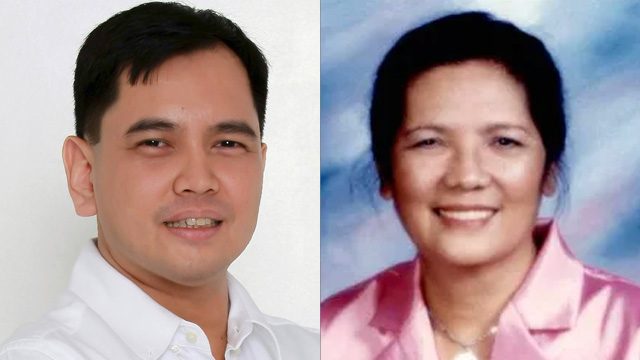 The report found government barriers – from the national to the local level – on HIV prevention. Specifically, two local governments were cited for its obstruction of HIV prevention efforts.

“The interruption of supply of government-provided contraception has compelled Balanga City residents to either buy them from pharmacies, or in the case of women, to clandestinely purchase them from local government-employed midwives at higher cost,” the report said.

A health official also told HRW that Garcia’s anti-condom policy was because of “his conservative religious convictions.”

Garcia was elected to the House of Representatives in May 2016 but he was replaced by his brother, Francis, who has not announced changes to the city’s ban on contraceptives for low-income residents.

Among the most obstructive of HIV prevention efforts in the country, the report noted, was the actions done by Sorsogon City Mayor Sally Lee.

In February 2015, Lee signed EO No 3 declaring Sorsogon a “pro-life city.” While the order does not prohibit family planning services and contraceptive supplies, the city government gave verbal orders to public clinics to cease distribution of contraceptives and only promote “natural” family planning methods.

“Senior Sorsogon City government officials warned city employees that failure to comply with the ‘pro-life’ directive could be grounds for dismissal,” HRW said.

Some employees even said that the city government placed them under surveillance by assigning other employees to watch them and report violations to the mayor.

“As a result of such policies, low-income residents who previously relied on free-of-charge distribution of contraceptive supplied – including condoms to prevent HIV prevention – must now either buy them in commercial establishments or abandon their use altogether because of cost,” the report said. The Catholic Church is also an influencer in the spread of the HIV epidemic because of its conservative views, Conde said.

“Since the early 1990s, the Catholic Bishops Conference of the Philippines (CBCP) has issued officials statements vilifying condoms, campaigned against legislation that would expand condom access, and levied personal attacks against government officials who favor inclusion of condoms in HIV prevention programs,” the report also noted.

Conservative forces influence the Department of Education (DepEd) and DOH in its sex education programs. In 2006, DepEd tried to implement a pilot sexual education program in its curriculum. This was stopped following strong opposition from “conservative lawmakers backed by the Catholic Church.”

“So aside from not promoting condoms, there’s this almost total lack of sex education. Specifically, absence of education on safe sex, let alone HIV and condom use. You have this double whammy of lack of education and lack of condom protection; you have an epidemic in your hand as a result,” Conde added.

HRW gave the following key recommendations for the Philippine government to curb the spread of HIV:

HRW said the pressure is on President Rodrigo Duterte to fully implement and amend the RH Law, which was one of his campaign promises.

“[Duterte] has yet to announce any specific policies to address the country’s HIV epidemic. However, during the campaign, Duterte spoke in favor of improving the rights of LGBT peope, which LGBT rights activists hope will extend to needed policies for addressing the HIV epidemic among MSMs,” the report noted.

Conde stressed the gravity of the HIV problem, which requires full government support.

“The problem right now, especially among MSMs, is so big, so huge that you can’t just let the parents deal with this. It has to take a concerted, relentless, well-funded effort by the government to deal with this problem and obviously, parents are just part of it. But the government needs to be the lead actor in all of these,” he said. – Rappler.com