IN PHOTOS: Metro Manila prepares for the ‘Big One’ Facebook Twitter Copy URL
Copied
The MMDA's earthquake drill to prepare for 'The Big One' occurs at 1pm, one hour after a text blast is sent to get people ready for the exercise

Dubbed the #MMShakeDrill, local government units, private companies, and individuals performed their response protocols for “The Big One,” a major earthquake expected to hit Metro Manila once the West Valley Fault moves. Individually, residents of Metro Manila performed the “duck, cover, and hold” during the earthquake drill. (READ: What dangers await when the West Valley Fault moves?)

According to Quezon City disaster risk reduction and management chief Mike Marasigan, there is a need to participate in earthquake exercises to practice and test the safety measures for a major earthquake scenario. (READ: Earthquake tips: what to do before during, and after an earthquake)

“We have to teach them what to do before, during, and after an earthquake, and how to survive on their own,” said Marasigan.

Based on the Metro Manila Earthquake Impact Reduction Study (MMEIRS), a study that analyzed the different possible earthquake scenarios, the strong earthquake that could hit the mega city will leave 33,500 people dead and an about 113,600 more injured.

In the staging and planning of the earthquake drill, the MMDA has divided Metro Manila into 4 quadrants.

“No one can predict when an earthquake will happen. We must be prepared at all times so we want the shake drill unannounced,” said MMDA General Manager Jojo Garcia.

Here are some of the action-packed scenes from the different earthquake drill around the metro: 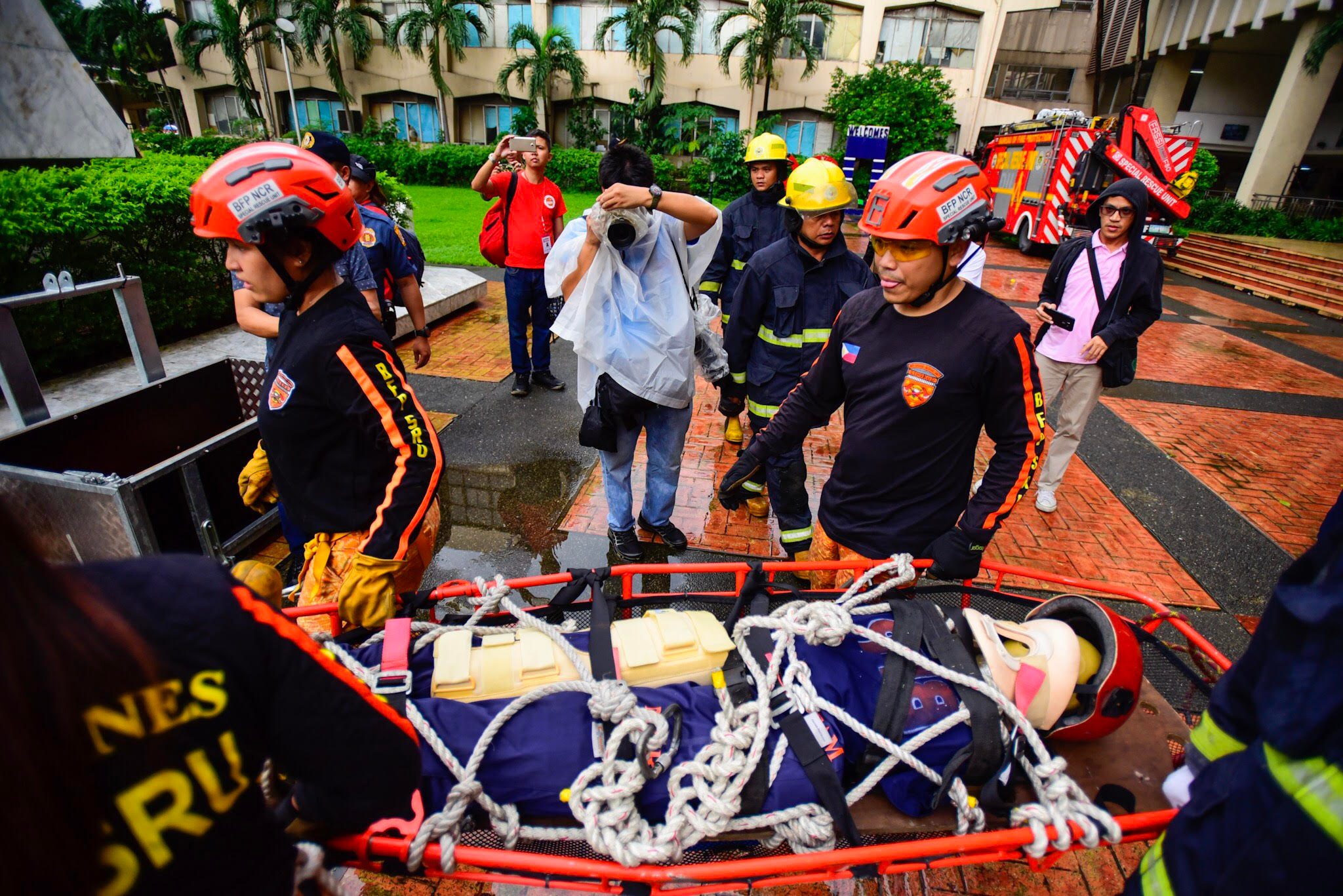 Did you think the unannounced drills were effective? Let us know in the comments below! – Rappler.com