IN PHOTOS: Groups to Xi Jinping: ‘Stay out of West PH Sea’ MANILA, Philippines– Groups from various sectors headed to the Chinese Embassy in Makati on Tuesday, November 20, to assert the Philippines’ sovereign rights in the West Philippine Sea (South China Sea).

The protest was held to coincide with the first day of the state visit of Chinese President Xi Jinping to the Philippines.

Bayan, along with groups including Movement Against Tyranny, pointed out the issue surrounding the West Philippine Sea, citing the Hague ruling that invalidated China’s expansive claim over the South China Sea. They also opposed China’s loans and grants to the Philippines, calling them a “debt trap.”

Indigenous people, fisherfolk from the Pamalakaya fishers’ group, and other sectors who may be affected by possible deals with China also took part in the protest to show their strong opposition to joint oil and gas exploration in the West Philippine Sea. Xi is the first Chinese President to conduct a state visit to the Philippines in 13 years. He is visiting Manila to strengthen bilateral partnerships and sign trade agreements between the Philippines and China. (READ: Xi Jinping’s schedule of activities in PH)

Here are some photos of the protest on the day of Xi’s arrival in the Philippines: 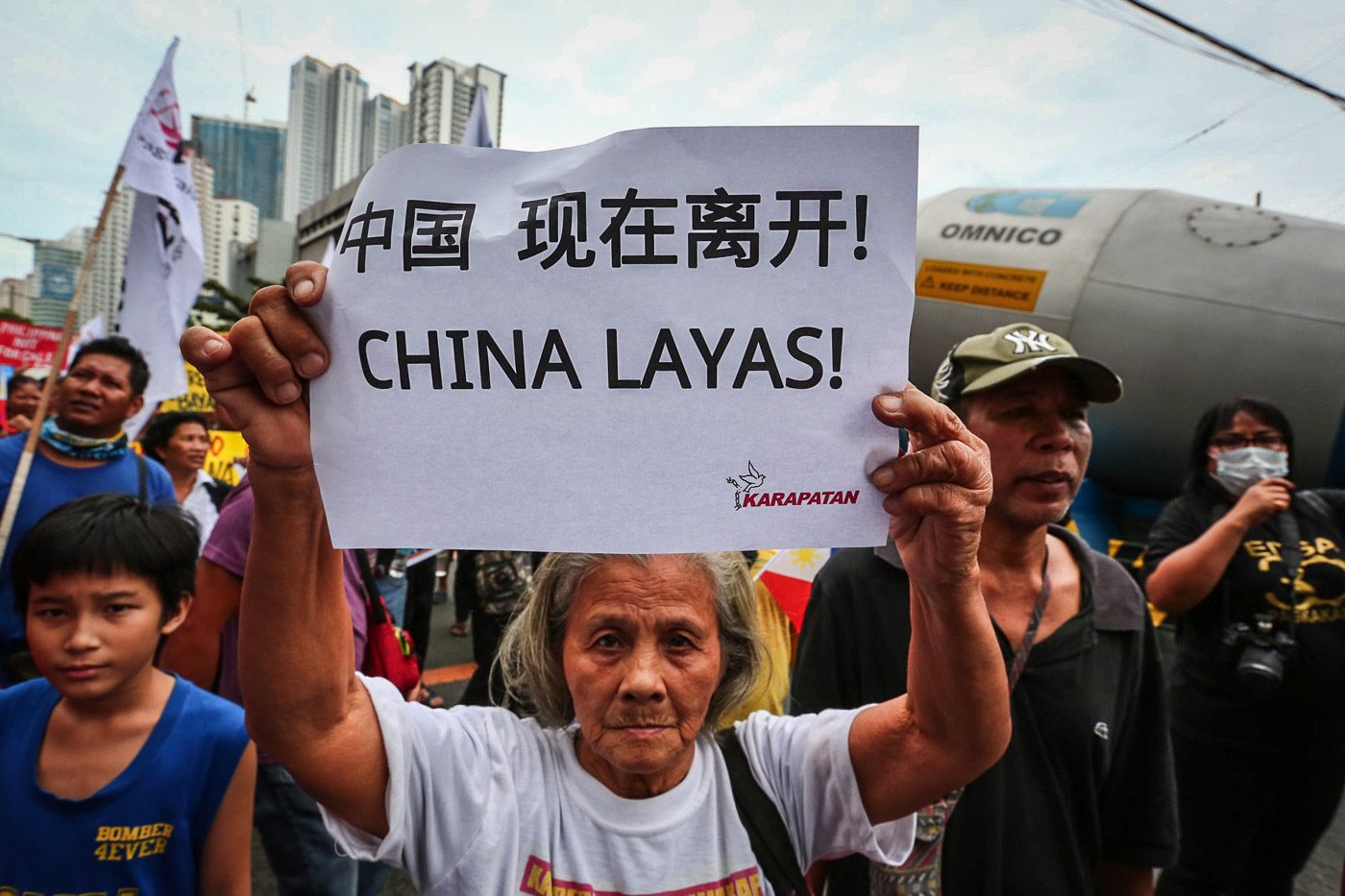 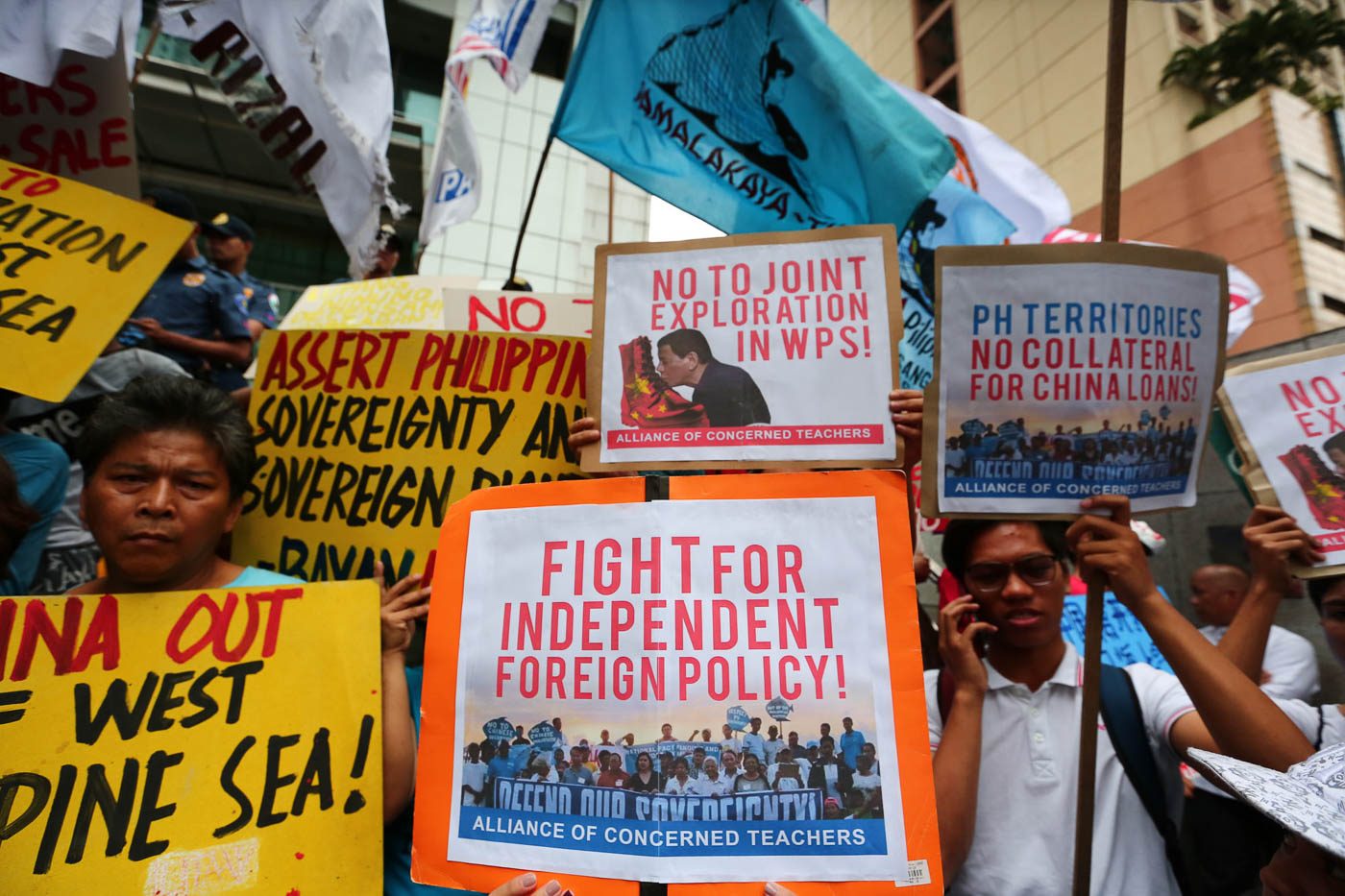