MANILA, Philippines – While others celebrate Simbang Gabi either at dawn or at night, Quezon City Jail inmates are observing their own version of the Filipino Christmas tradition. (WATCH: Simbang Gabi 2018)

At the Quezon City Jail, inmates began gathering at 4 pm on Sunday, December 16, for the 9-day “Simbang Hapon (Afternoon Mass),” which also ends on Christmas eve.

The officiating priest from Sacred Heart Parish Shrine, who prefered to remain anonymous, said the Simbang Hapon is an effort to keep the “spiritual dimension” of the Filipino Christmas tradition of Simbang Gabi alive, especially among the inmates.

“Nakaugalian na rito na meron silang 9 days of masses in preparation for Christmas. Siyempre, it is also an invitation for them to be conscious, to be aware doon sa spiritual dimension, lalo dito kailangan silang ganyan,” he said.

(It has been the tradition to have 9 days of masses in preparation for Christmas. Of course, it is also an invitation for them to be conscious, to be aware of the spiritual dimension especially here where it’s needed.)

The Quezon City Jail has a holding capacity of 700 but to date, a total of 4,817 inmates are packed in the facility.

Despite the large number of inmates, the first Simbang Hapon went on smoothly. Inmates nang along to church songs, hands raised in praise – some gesturing the peace signs. They also lined up to receive holy communion.

Some of detainees even got to sit and attend the mass with their families and loved ones who were visiting for the day.

Here are some photos of the Simbang Hapon at the Quezon City Jail: 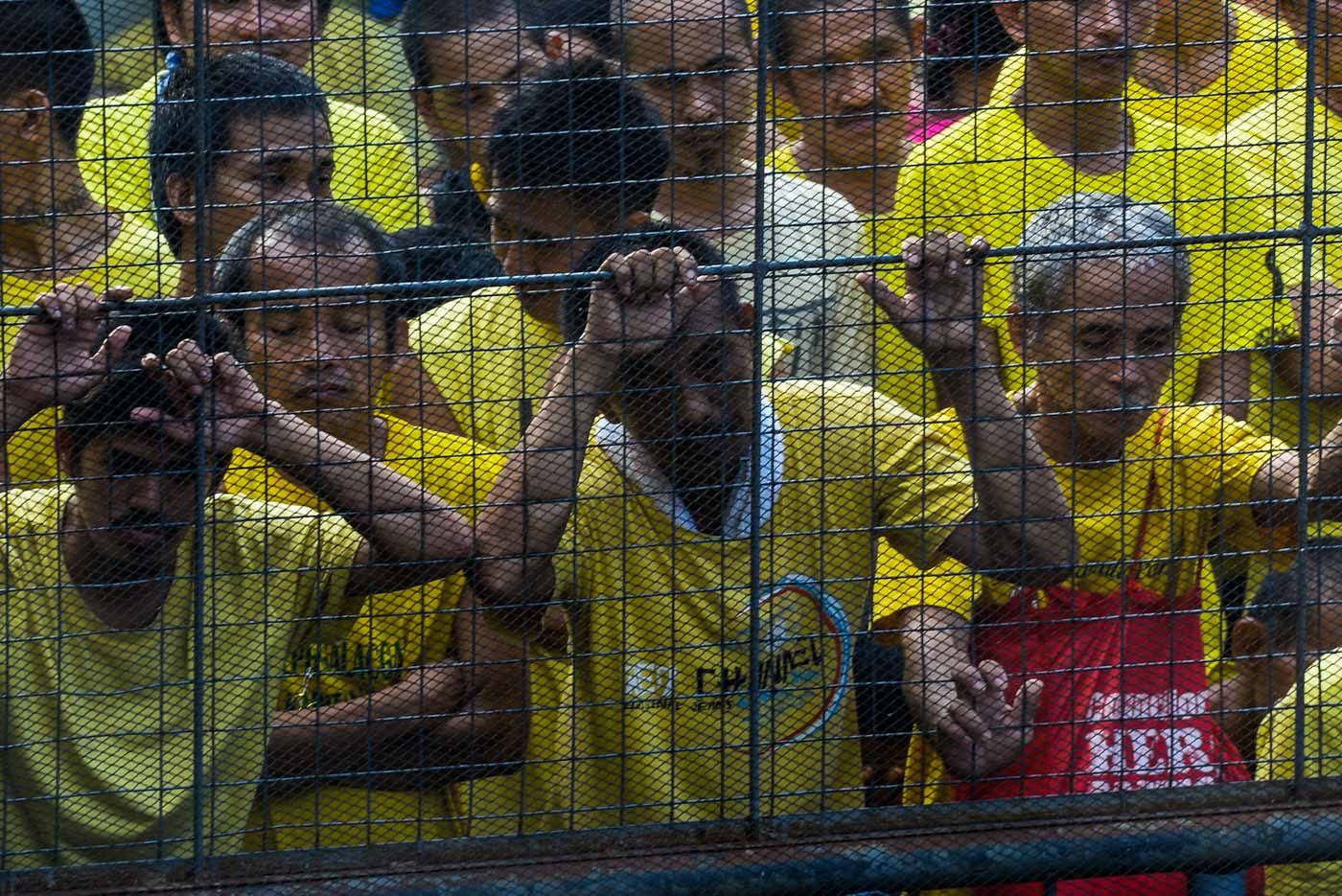