IN PHOTOS: UP Oblation Run calls to uphold freedom of expression 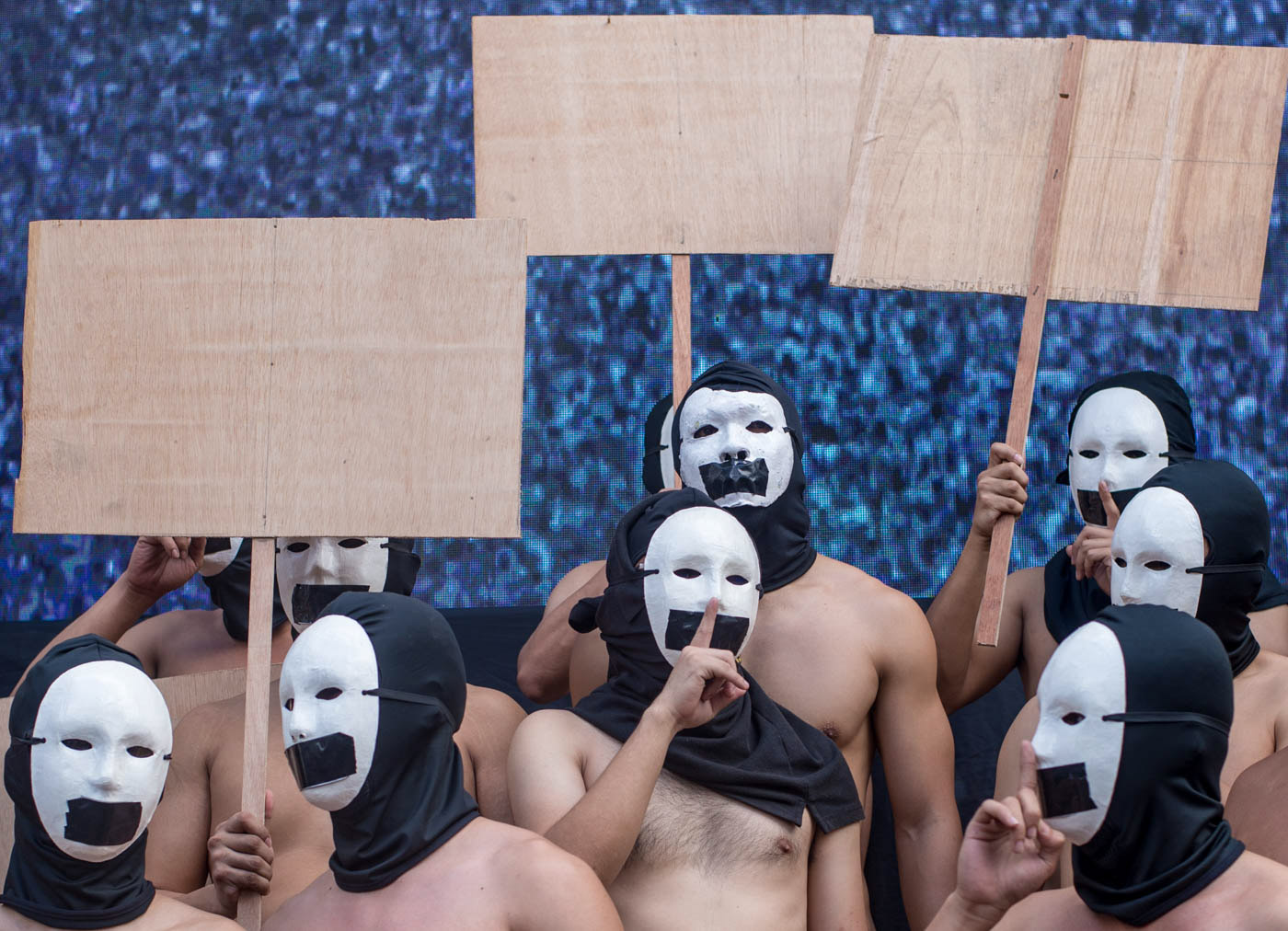 MANILA, Philippines – For their annual Oblation Run, members of the Alpha Phi Omega (APO) International Collegiate Service Fraternity called for the protection of freedom of expression and self-determination at Palma Hall in the University of the Philippines in Diliman on Friday, February 8.

Around 30 masked APO members joined this year’s Oblation Run, dubbed the “Ritual Dance of the Brave” – a call for action against threats to democracy, particularly to minorities, activists, the youth, and journalists. 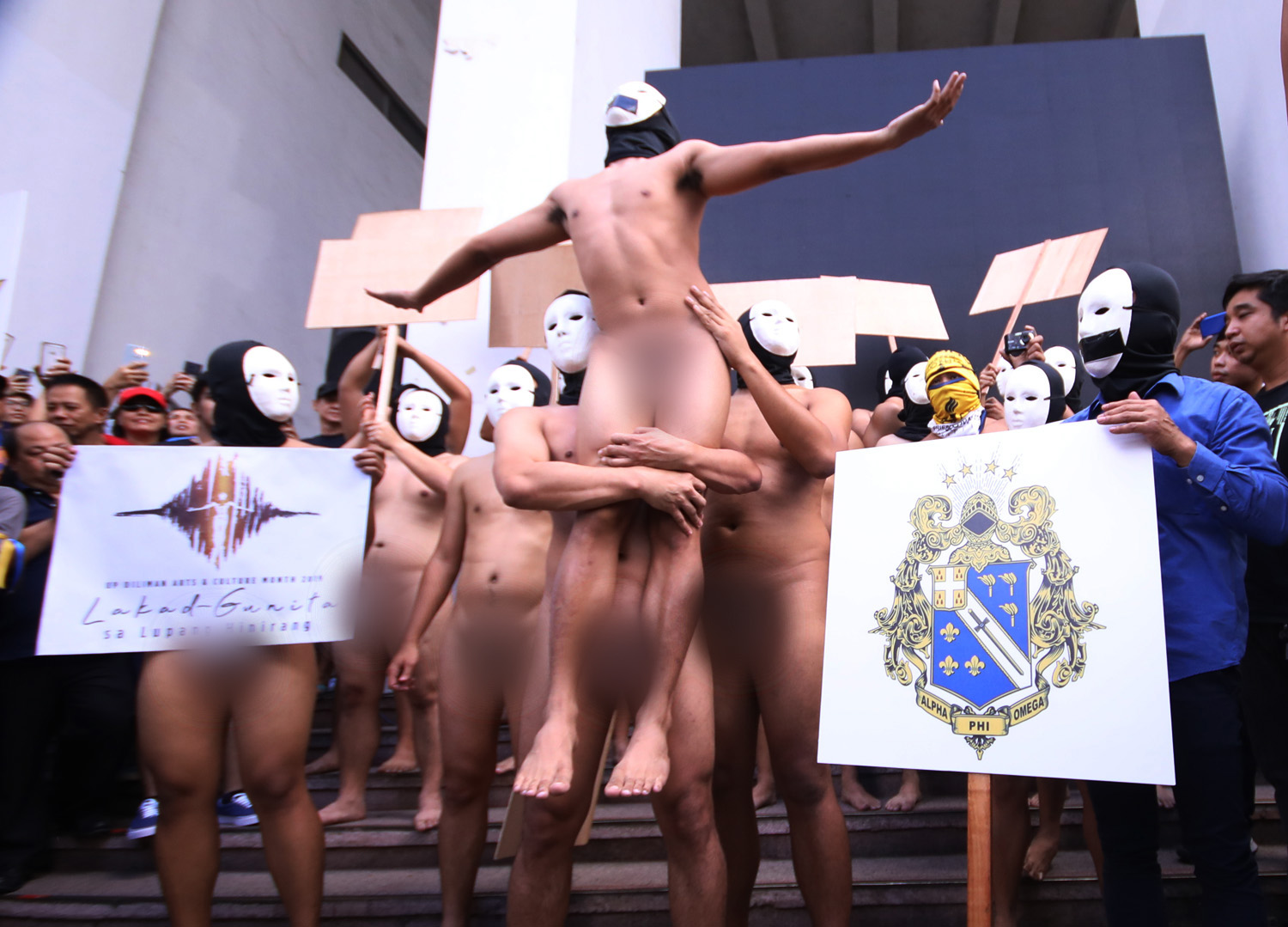 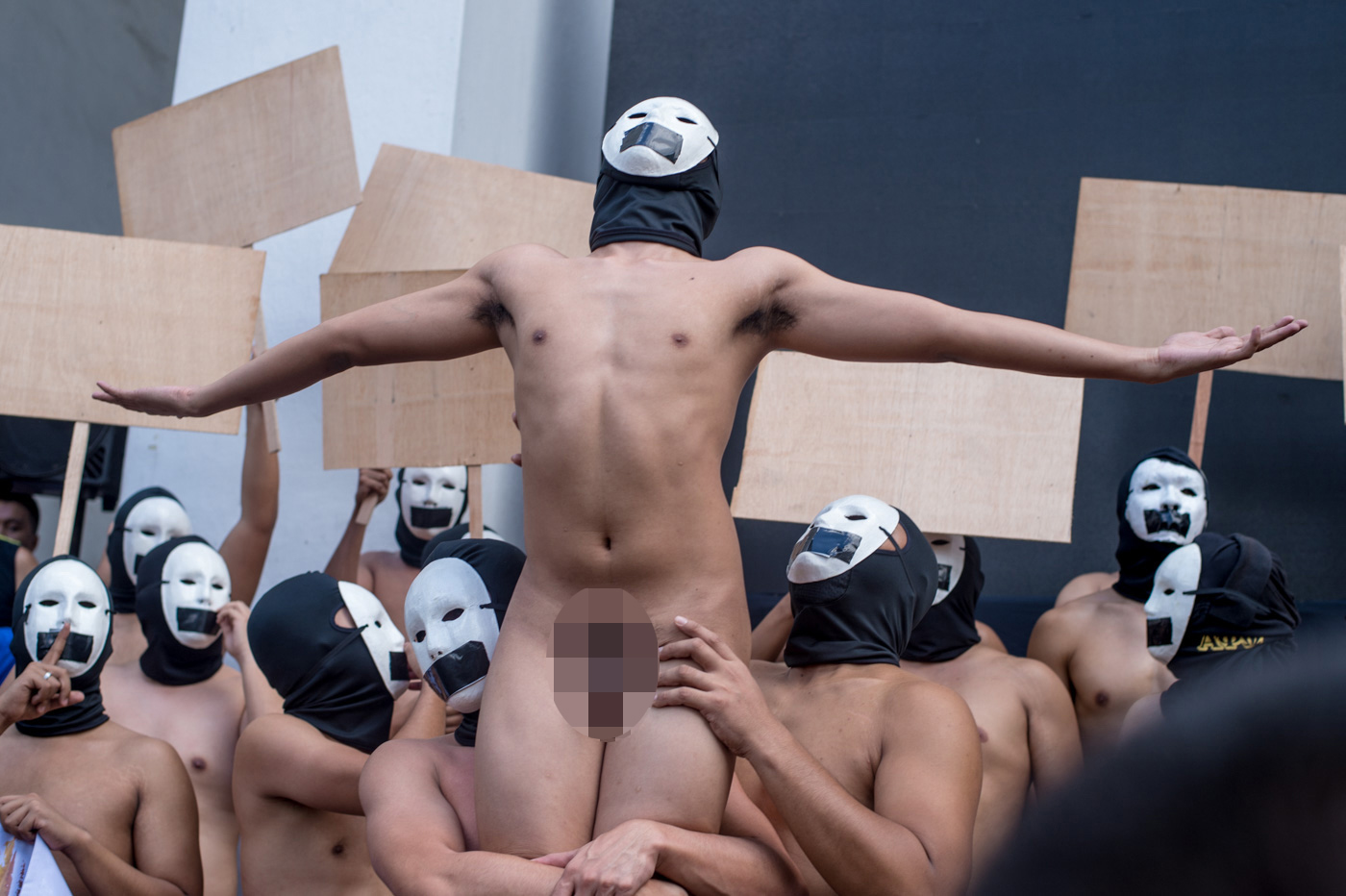 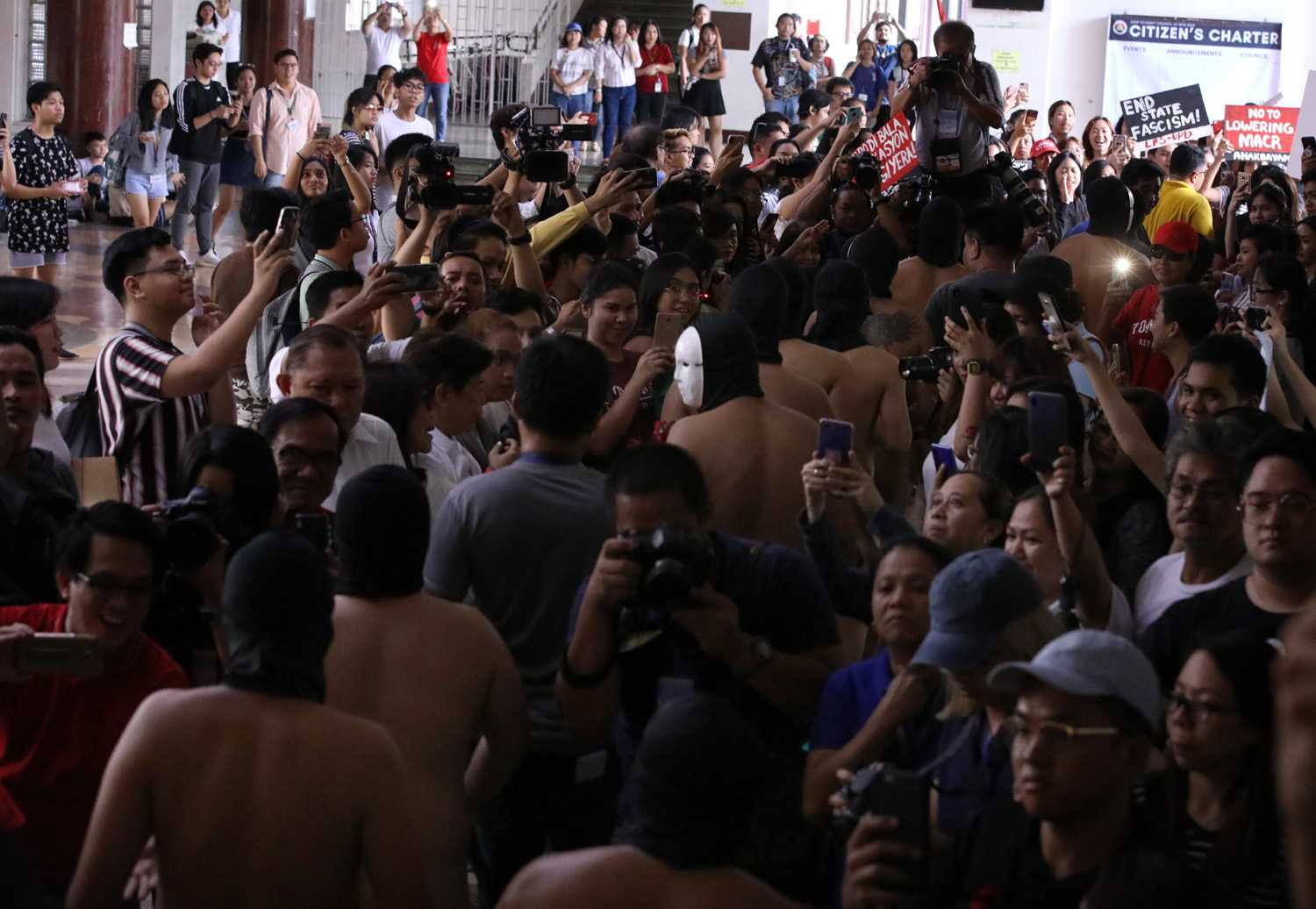 APO spokesperson Cole Asuncion said that with their fraternity wanted to illuminate people from different fractions of society.

“This Oblation Run is a call for everyone. Not just a reminder, but a call to everyone to defend freedom of expression, to defend press freedom,” said Wilnor Papa, an alumnus member of the APO.

Compared to the previous protest runs, this year’s placards were left blank.

(You saw there were those who said stop the killings, protect Lumads. The legalization of medical marijuana was also brought up. These are what people wanted to say and what we wanted to amplify. Alpha Phi Omega Eta Chapter would like to provide that platform.) 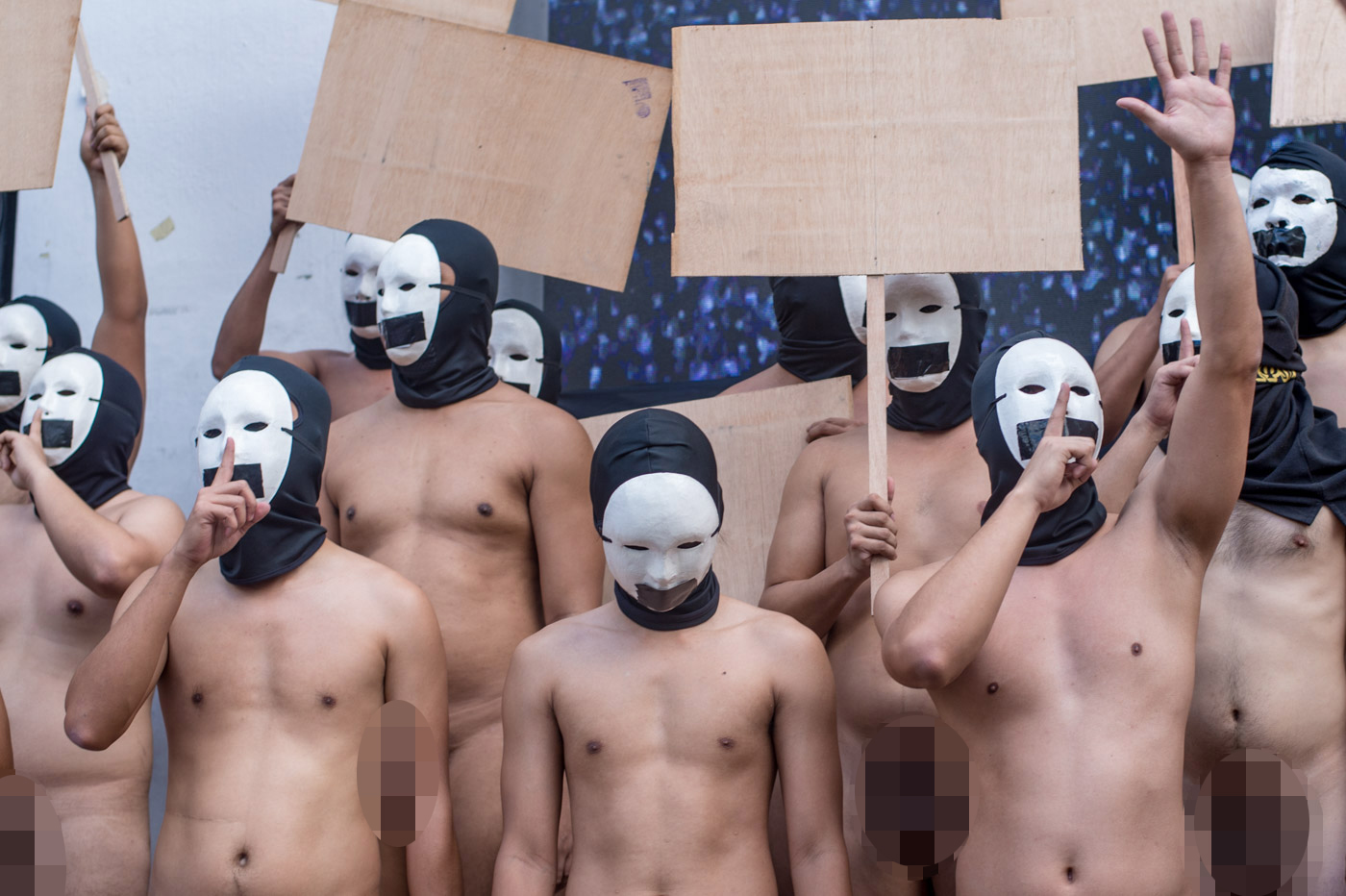 In 2018, the Philippines was dubbed as the deadliest peacetime country for journalists in Southeast Asia, according to a Southeast Asia Media Report by the International Federation of Journalists (IFJ). – Rappler.com

Lisa Marie David is a Rappler intern and a 4th year AB Journalism student at the University of Santo Tomas.