Jun 19, 2019 8:25 PM PHT
Bonz Magsambol
Facebook Twitter Copy URL
Copied
'Our personal experience, after all, is a political fight. And it is every person’s right to be fully protected by both law and practice,' says University of the Philippines Assistant Professor Hermie Monterde 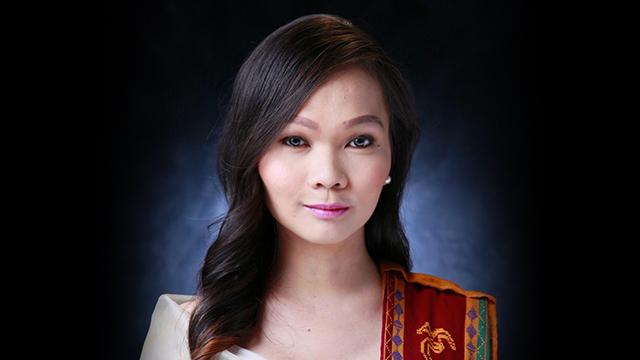 MANILA, Philippines – At the age of 5, Hermie Monterde already knew she was a girl even if her assigned sex at birth was male. She was fascinated with dresses and high heels. She would wear them in front of her mom and sister, who would applaud her and cheer her on.

Despite her family’s support, however, life had remained difficult for Hermie as a transgender woman. In fact, it had gotten even more difficult when she became a working professional. (READ: Transgender women in PH: Accepted or merely tolerated?)

Hermie is currently an Assistant Professor of Mathematics at the University of the Philippines (UP) Manila. Teaching in UP was a dream come true for her. When she got the job, she felt relieved, because she believed UP was a liberal academic institution that celebrated diversity. She thought that she would be free from the transphobia that was quite prevalent in the Philippines.

But Hermie was wrong. In a viral post, she recounted the times she experienced discrimination in UP.

“Being an instructor was a tedious job since I had to juggle a teaching load close to 20 units while studying for a graduate degree, on top of the vexations that inevitably came with HRT (hormone replacement therapy), and the people who make work difficult,” said Hermie.

The trials of transitioning

In an interview with Rappler, Hermie confessed that she has been experiencing discrimination from her colleagues ever since she started her career in 2011, paired with her efforts to physicially transition from a male to female body.

“I thought I had a good start in the department. I made acquaintances with some interesting people and made a few good friends. Then I started to realize that my presence made some colleagues uncomfortable,” said Hermie.

In her Facebook post, Hermie recalled how bullied she felt, receiving unsolicited comments from colleagues about her physical appearance.

Hermie even experienced discrimination whenever she used the comfort room for females. “I am a woman, so why would I use the male comfort room? Some of my colleagues were raising their eyebrows.”

A lot of this was happening because her physical appearance had not caught up yet with her gender identity.

“Transition is a process. Hindi naman gaganda agad in an instant. (I won’t turn beautiful in an instant.) It won’t happen overnight,” said Hermie.

Having taught in UP for 8 years, Hermie decided to apply for tenureship. It was denied, citing “professional and interpersonal concerns.”

“What’s the reason behind that?” Hermie exclaimed.

In the comments section of her post, some suspected that Hermie was rejected for her tenure simply because she is a transwoman.

The fight for equality 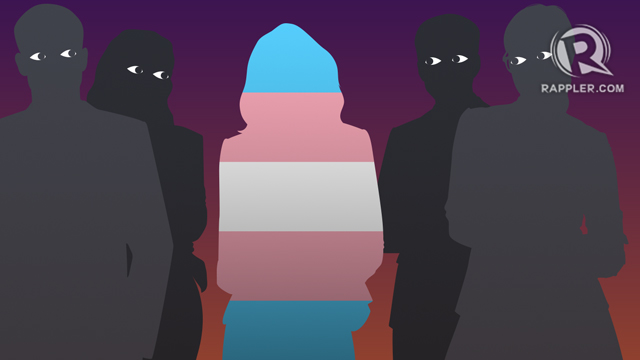 “Acceptance means you don’t only accept the person. You should also accept the SOGIE (sexual orientation, gender identity, and gender expression) of the person, and other attributes inherent to the person such as race etc.,” said Hermie, stressing that the LGBTQ+ should enjoy the rights straight people have.

“Hindi niyo kailangan mahalin ang isa’t-isa. Kailangan niyo lang maniwala na both of you have the same right,” said Hermie. (You don’t need to love each other. All you need to do is to believe that both of you have equal rights.)

To ensure a safe space for the LGBTQ+ community, according to Hermie, universities and other institutions should start with educating people about their struggles and issues.

“We have to make sure that companies and educational institutions offer gender sensitivity programs to everyone,” said Hermie.

For so long, the LGBTQ+ in the Philippines has lobbied for the enactment of the Anti-discrimination Bill. The legislation can be traced back to 1995 when Representative Rey Calalay filed a bill proposing to recognize the “third sex” as a sector. Since then, different legislators have followed suit. Two decades later, however, a national law protecting the LGBTQ+ remains elusive. (READ: [OPINION] Life without bullies? Why Senate must pass anti-discrimination bill)

Hermie said that she hopes the bill will be tackled in the 18th Congress.

“Hoping. But I’m not hopeful. I mean they want to align themselves to the president. And I don’t think we can expect in this administration. We can hope but as for me, I am not hopeful,” she said. (READ: The long road to an LGBT anti-discrimination law)

‘You are not alone’

Hermie said that her story might not be representative of the transgender community in general. She encourages other members of the community to speak up about their experiences because their truths are also valid. (READ: ‘Celebration, freedom, and equality:’ Netizens speak up about pride)

“Our personal experience, after all, is a political fight. And it is every person’s right to be fully protected by both law and practice,” said Hermie.

Asked for a message for her detractors, Hermie said, “I wish them well. And if not for them, I’m not the strong person that I am. What they did to me was unnecessary but it made me a better person.” – Rappler.com