IN PHOTOS: Despite remaining threat, Taal evacuees simply happy to be home Facebook Twitter Copy URL
Copied
But once the volcano shows signs of imminent explosion, residents say they'll pack their belongings and will be ready to evacuate again

MANILA, Philippines – It was a bittersweet feeling that residents had coming home to ash-ridden houses and starving pets that were forced to abandon following the sudden eruption of the Taal Volcano on January 12.

After two weeks of uncertainty, several Batangueño evacuees finally returned to their homes Sunday morning, January 26, immediately after the Philippine Institute of Volcanology and Seismology (Phivolcs) downgraded the Taal Volcano from Alert Level 4 to Alert Level 3.

The Batangas provincial government lifted lockdowns it earlier imposed on 12 cities and municipalities located within the volcano’s 14-km danger zone. Residents from these areas were given the option to either return to their homes or stay in evacuation centers, said Batangas Governor Hermilando Mandanas in a media briefing.

(It’s boring and it’s tiring to be waiting to go home. You’re exhausted even if you’re not doing anything…. That’s why when they said we could return home, it felt so good!)

Coming home did not automatically put an end to their difficulties.

Returning residents face the daunting task of removing the thick blanket of ash that has covered their neighborhood. They have to attend to household pets and livestock that they had to abandon in their rush to flee when the eruption started. (READ: How groups are saving stranded animals near Taal Volcano)

“Kaya po kami nauwi dahil po ang aming alagang hayop, sayang naman po. Kung mamatay man ay wala naman pong mananagot do’n, eh di kung kami din lang po,” Gulod resident Bonifacio Cortez said. (We would come home because we need to take care of our animals. If they die, no one else would be responsible for that but us.)

The threat of a hazardous eruption remains. Phivolcs warned returning residents to prepare for a quick and organized evacuation if the alert level rises again.

This is something 63-year-old Melisia Manalo understood completely. In case a hazardous eruption occurs while they’re home, she said they would be more prepared.

Despite the constant threat and cleaning up that needs to be done, many residents simply relish the semblance of normalcy that being home lends them. (READ: Some Batangas residents return home as Taal Volcano eases)

Below are a few photos taken during their much-awaited homecoming: 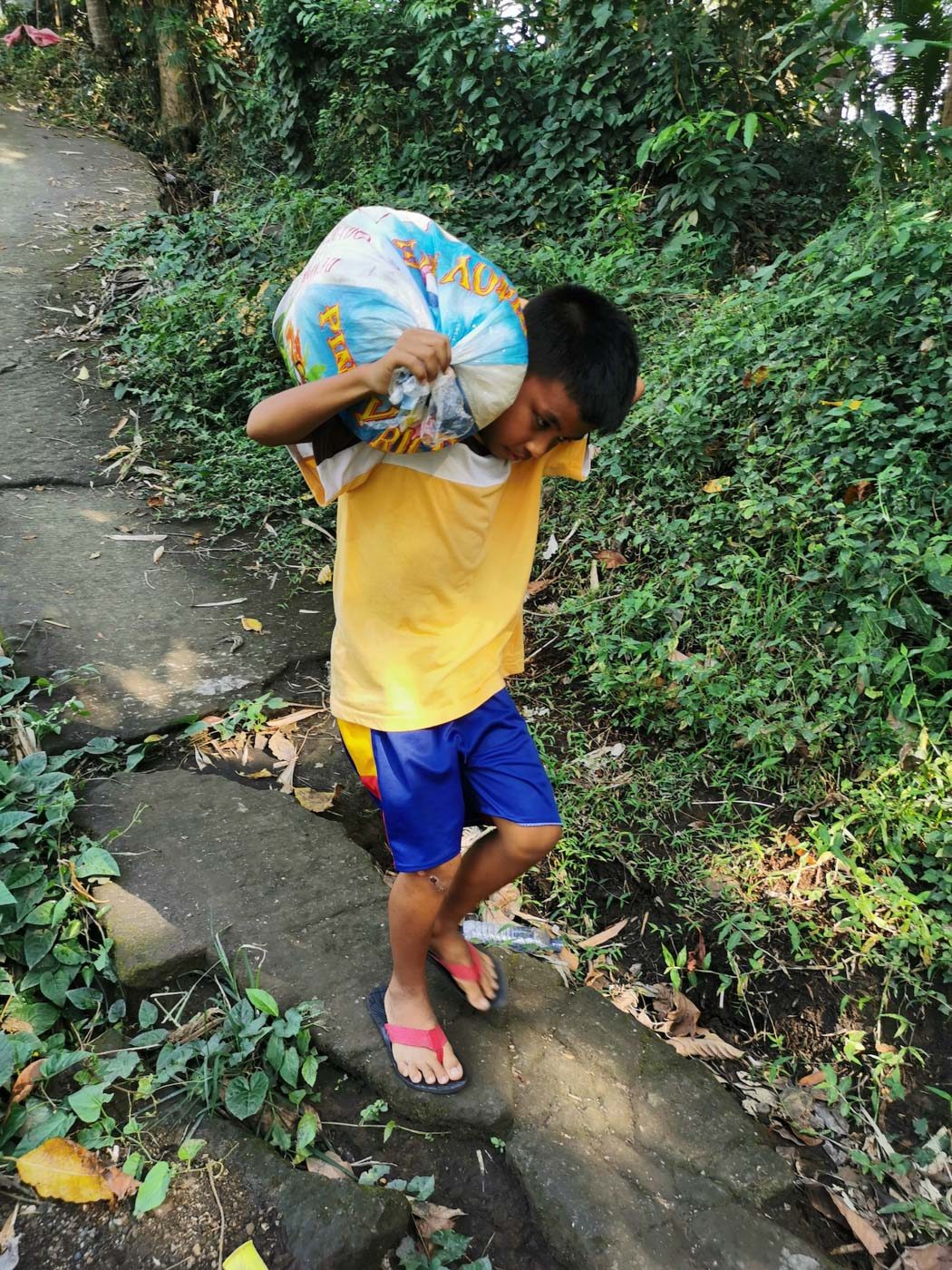