#CourageON: Campus journalists heed the call in the battle for truth 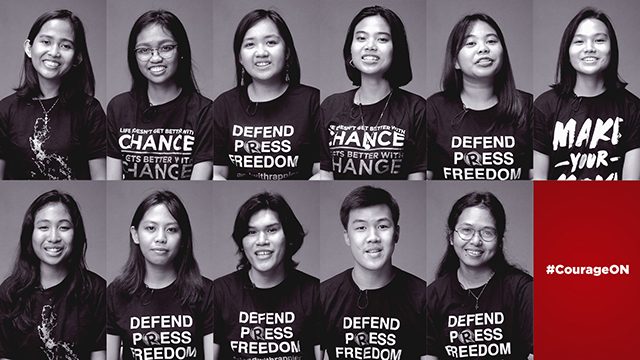 MANILA, Philippines – At a time when press freedom is under attack, how are campus journalists upholding the truth?

In today’s political climate where trolls and disinformation campaigns proliferate and the quest for truth becomes an everyday feat, student journalists aren’t spared from the challenges that mainstream and alternative publications face.

In 2010, the College Editors Guild of the Philippines (CEGP) recorded almost 1,000 campus press freedom violations involving actual censorship of editorial content, harassment of student writers and editors, administrative intervention, and withholding of funds, among others.

CEGP said almost 200 student publications from different state and local universities and colleges nationwide are on the brink of being defunded. (READ: The different faces of press freedom violations vs campus journalists)

But despite the challenging circumstances, campus journalists fight back as they call for autonomy and protection of press freedom.

Watch the video to find out how these student journalists continue to take courage amid the threats and attacks. – Rappler.com