While classes are on hold, students find ways to help affected communities

May 13, 2020 7:30 PM PHT
Annabella Garcia
Facebook Twitter Copy URL
Copied
To help out workers and their families struggling during the coronavirus lockdown, students make good use of their free time and lead donation drives online 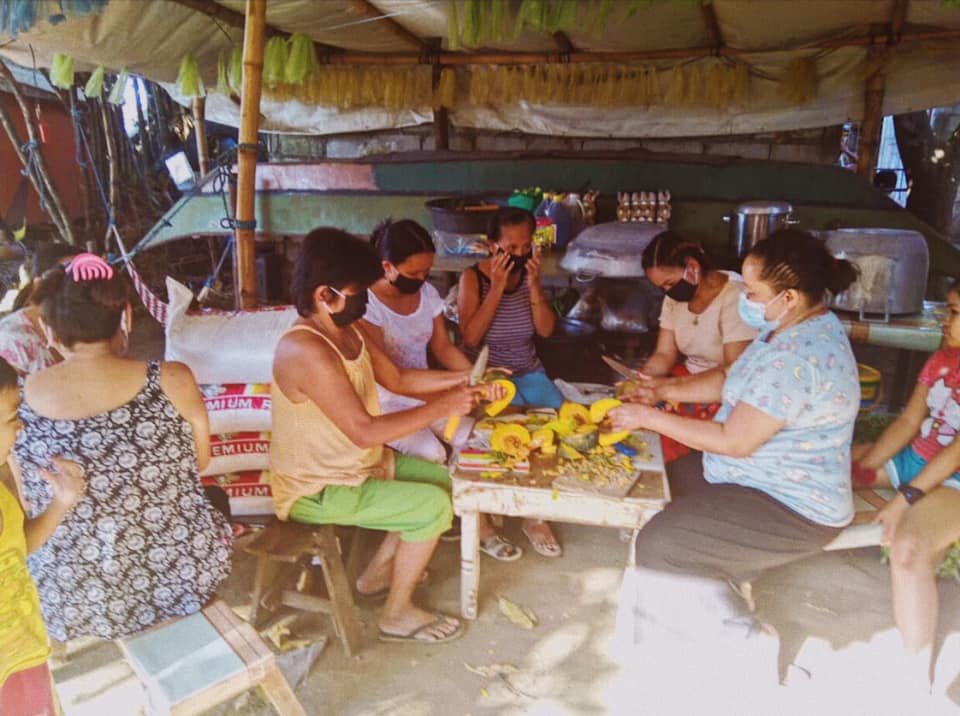 MANILA, Philippines– While classes are suspended due to the ongoing coronavirus pandemic, a number of students have chosen to make good use of their free time to heed the needs of communities they’ve encountered through various immersion programs.

Several of these students have banded together and led donation drives online in a bid to help out workers and their families during the coronavirus lockdown.

The lockdown, which started in March, involved the implementation of strict quarantine measures, the suspension of transportation services, the and regulation of food and essential health services, among others.

For many Filipino workers, the lockdown measures have made it difficult to do their jobs. Some businesses have also decided to shutter during the lockdown, losing much-needed livelihood for many. (READ: LIST: Groups help vulnerable sectors affected by coronavirus lockdown)

The people of Talim, an island located in the middle of Laguna Lake, rely on fishing, sewing, and creating bamboo furniture for a living. Following the enhanced community quarantine (ECQ), work for them was put on hold due to delivery concerns. 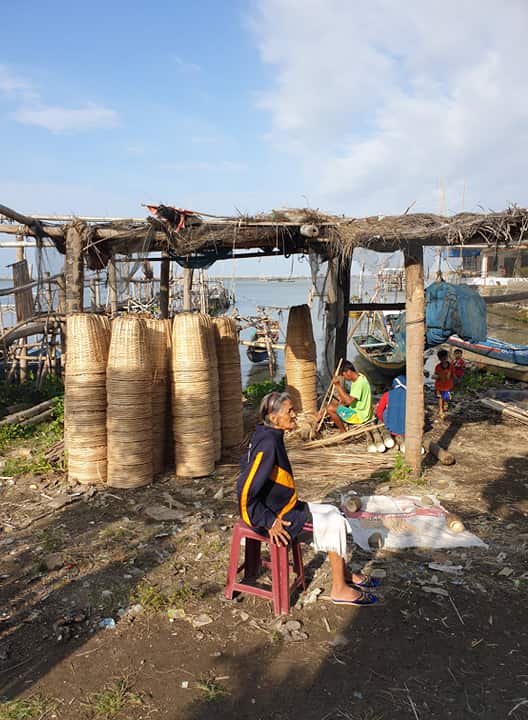 This was exactly why UP Diliman student Milet Aquino and her classmates were drawn to help the families in Talim Island in Binangonan, Rizal.

(The people on Talim Island are some of the kindest people I’ve ever met. They never run out of stories; they are happy and caring people.)

Aquino, together with classmates Andy Adre, Carla Duro, John Esparrago, Jhayee Ilao, and Kim Sinochioco, raised P65,700. With the money, they were able to provide food packs for 900 families in the island.

(We know the hardships they experience regularly without the ECQ. We communicate with them consistently through online chat and they explain their concerns about their livelihoods, where to get money for food, medicines, etc.)

Those in other provinces struggled to support themselves throughout the lockdown put in place in their communities as well.

Project LNT, an initiative founded two years ago, has always helped out families in impoverished areas of Bacolod.

During the lockdown, the organization decided to extend assistance to the tricycle and jeepney drivers in Bacolod who are unable to work on a daily basis because of the quarantine measures. 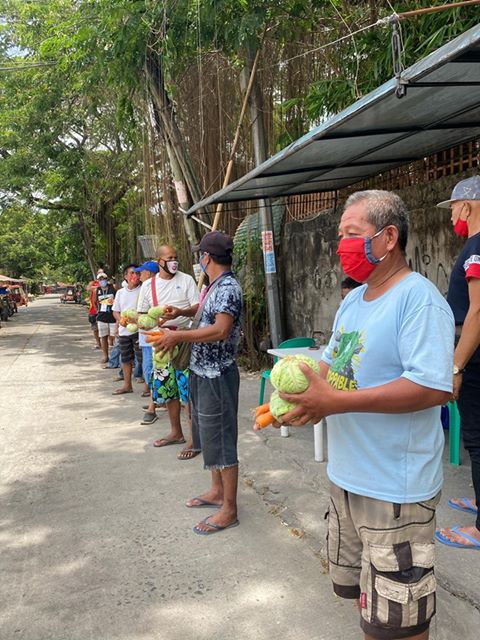 As of April 14, 320 bags of relief goods were distributed with the help of another local initiative Goods For Hope.  The group is looking towards doing run of distributing relief goods to these families should they receive more donations.

“Drivers earn their income through the very thing the quarantine suspended: mobility. For people whose livelihood is the coming and going of people, the ECQ is deadly. If the virus does not thin the population of Bacolod, then hunger will do the dirty work,” Jimenez said.

She also pointed out physical distancing shouldn’t restrict people from finding ways to help those affected.

“The pandemic bares to us the long enduring ills of society. The plight of the impoverished is everyone’s concern. Food security is a human right, and the drivers and their families were robbed of this with little to no support of the community,” she added.

The struggle among the fisherfolks of Brgy. Talaba 2 and Sineguelasan, Bacoor aren’t far from others. Selling seafood, including fish and mussels, has become difficult due to the limited transportation available on their way to the marketplace.

This moved UP Diliman students Vida Maylem, Sienca Capucao, and Lian Valencia to raise money for the community they’ve known through an immersion program.

(We asked how their situation was and when tatay said that they were having a hard time and that they were hungry, our team didn’t hesitate to initiate a donation drive for the fisherfolks in Bacoor.)

These fisherfolks also face the threat of displacement due to talks of reclamation along Manila Bay, affecting at least 700 families. (READ: Bacoor reclamation plan questioned at Ombudsman)

They didn’t think twice about organizing a donation drive for a community dear to them, even when they are still complying with some school requirements for graduation application.

“I’ve been with these fisherfolk not just for a day nor a week. I became part of the community so it’s not an option to let them starve and feel like no one’s supporting them in this plight,” Maylem said.

The students were able to gather P116,622 worth of cash donations in 3 weeks, feeding more than 1,500 coastal urban poor households. 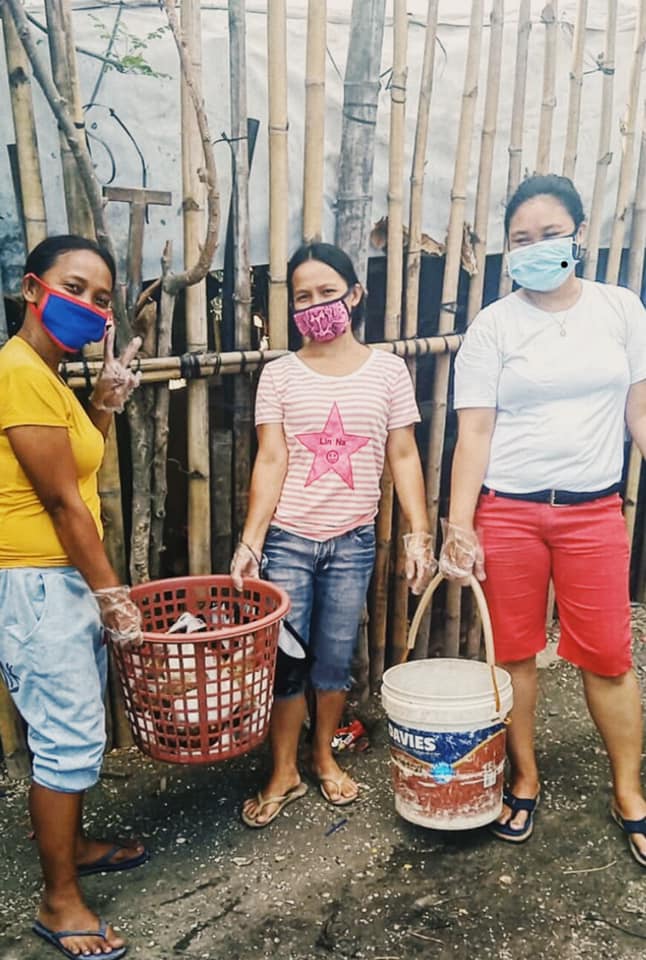 Compassion for the community

They rely on catching aquarium fishes as their main livelihood but transportation has been restricted since the lockdown.

Having encountered this community in the past through their National Service Training Program (NSTP), ADMU students Jerard Afable, Vicka Nepomuceno, Kyle Angeles, and Jam Joson were quick to organize relief operations online.

Although help from the local government has been given to the community, they learned that residents are worried that it may not be enough to last them through the end of quarantine.

The group was able to raise P28,900 as of April 7. At least 130 families from Barangay Andres in Batangas were provided with food packs.

“We cannot simply demand people to stay home without ensuring that their basic needs are met and compensation is given,” Afable continued.

Another group of ADMU students, who have also been in touch with Buklod ng Kababaihan through a theology class, led a donation drive to help out its members, who are mostly contractual workers affected by the “no work, no pay” scheme. (READ: LIST: Government assistance for workers, businesses affected by lockdown)

Soon after the ADMU students launched their initiative, they were able to gather P40,200 as of April 1.

With this donated amount, Frances de Guzman, Arianna Morales, Dominique Aluquin, and Bettina Cuan were able to deliver food packs for the 20 households of the women from Buklod ng Kababaihan, a women’s organization based in Olongapo City, Zambales that creates opportunities for underprivileged women.

“They are also from low-income households and many do not receive aid from the Olongapo LGU (local government unit),” de Guzman adds.

For De Guzman, it is important for the youth to act and have a firm stance towards a better future.

“Passivity can lead to despair, and for me, I think that doing something, even just donating, can lead to a feeling of hopefulness,” she said.

“The youth are the drivers of a future that has not yet been imagined, now this pandemic is, I believe, a tipping point and our generation can be the catalyst for a better change in society,” de Guzman added.

Those who are interested to help out these communities may course through donations may check the following: Help Talim Island or Help the jeepney and tricycle drivers in Bacolod. – Rappler.com

Annabella Garcia is a mover and former Rappler intern. She is taking up Bachelor of Arts in Sociology at University of the Philippines Diliman. She likes to discuss social issues in her free time.