MANILA, Philippines – The dull Quezon City Hall square was splashed with color on Sunday, May 18 as the city played host to a Santacruzan parade.

But it was not your usual parade of town beauties.

It was a parade of beauties with a purpose to call for equal rights for the members of the transgender community in the Philippines. (READ: LGBT rights are human rights)

In celebration of the International Day Against Homophobia and Transphobia (IDAHOT), the Association of Transgender People in the Philippines (ATP) and Transman Pilipinas (TMP) led the Grand Trans-Santacruzan together with other members of the LGBT community.

An estimated 70 transgender women and men joined the celebration with the theme “freedom of expression in public spaces.” 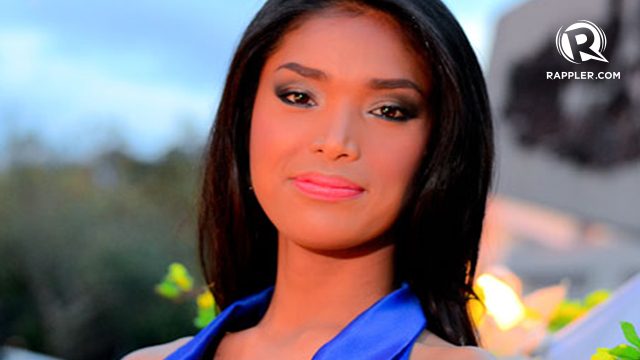 Geena Rocero, an international model and co-founder of #GenderProud, also graced the event and emphasized the need for unity in the community. (Watch: #GenderProud: Fil-Am model Geena Rocero comes home)

“One of the basic rights that we have to fight for each other is to advocate for name and gender recognition that will allow us to change our name and gender marker on our documents without being forced to undergo surgery,” she said.

While everyone was busy putting makeup on and making sure everything’s in place before the parade, 3 individuals in their elegant gowns stood out. Tahim narrated how Neal was fortunate to have a family that supported her. She was also spared being bullied by her neighbors, because her family was well-respected.

Not everyone is as lucky as Neal.

Prince Eagle of TMP worked in Kuwait for 15 years. He was in the process of transitioning to a transman when he realized that it was not safe for him to continue working in Kuwait. According to Kuwaiti law, it is illegal to imitate the appearance of the oposite sex.

For younger transmen, the discrimination and bullying they experience is especially difficult to bear.

Mike Shakur, a TMP member for 4 years, said that college was a rough time for him.

He said that he was was lucky that he was accepted by his parents. There are other members of the transgender community that had to go through a lot before being accepted. Del Domingo, Communications Head of ATP, acknowledges the fact that there are those who cannot accept the concept of transgender people. She said education is needed to correct the misconceptions.

“Hindi naman namin kailangan ipilit pero education ba, nasa kanila na kung tanggapin ba nila,” she added. (We don’t have to insist on them but education is really important. It’s for them – the bullies – to accept or not.)

The Philippine LGBT Hate Crime Watch in 2012 said that there have been 164 murdered LGBTs. There is no law against gender-related discrimination.

Dindi Tan, ATP Board Member, is thankful for the local government for their effort to give a space for the LGBT community. She said Vice Mayor Joy Belmonte swiftly granted their request to hold the event.

“It’s relatively easier for you to work on your advocacies if you have the government support,” Tan said. Quezon City is one of the few local government units (LGUs) that has taken concrete actions to guarantee gender equality. Aside from the Pride Council headed by Director Soxy Topacio, it also has a city ordinance against discrimination in the workplace. (Read: Is the Philippines really gay-friendly?)

But equality in the workplace is only the beginning.

“I’m hoping na hindi lang sa workplace, sana kung saan ka pumunta rin,” Dominguez said. (I’m hoping that it doesn’t end in the workplace and it will cover wherever one will go) – Rappler.com