IN PHOTOS: Yellow lighting, ribbons found across PH in honor of Noynoy Aquino 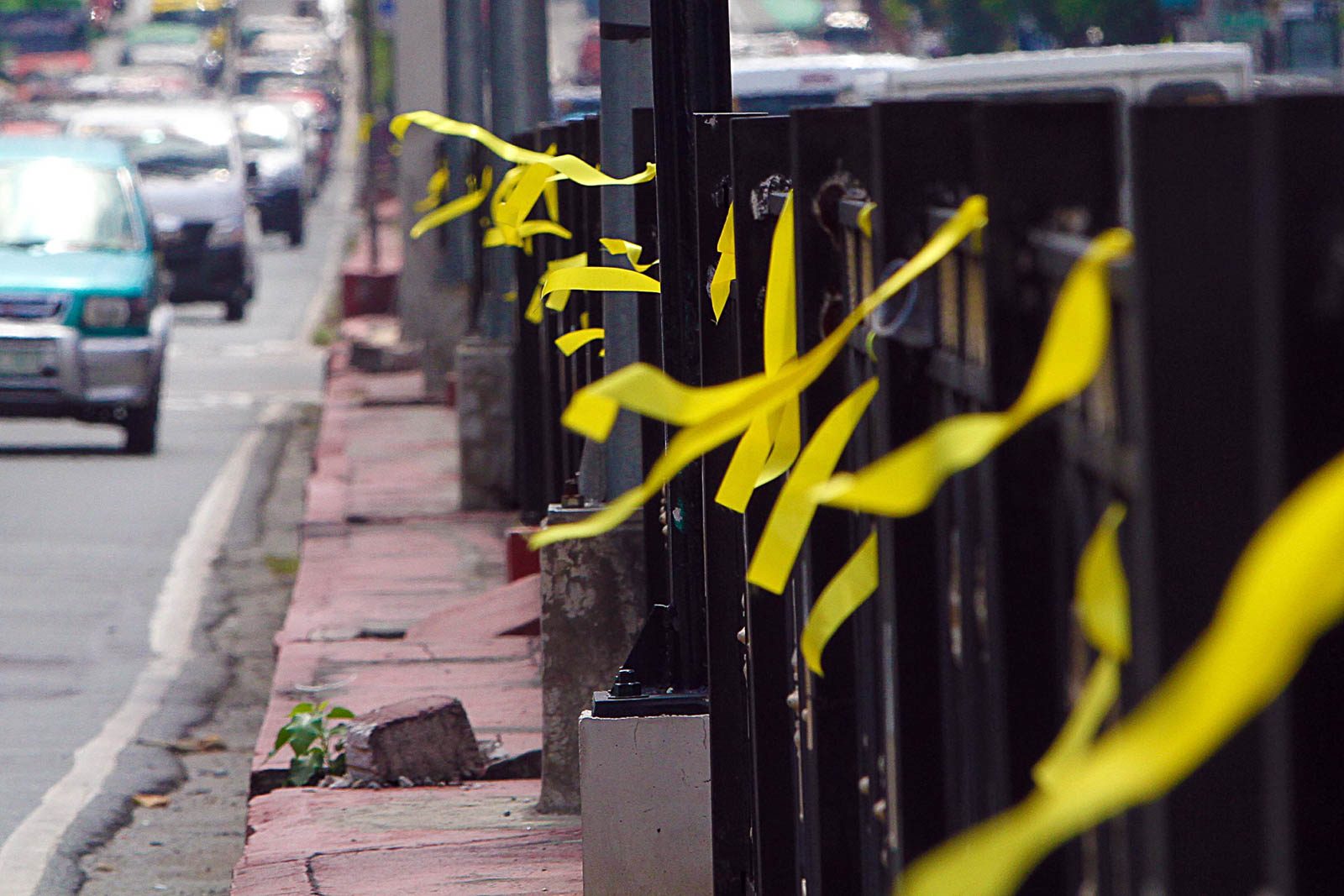 The stretch of Espana Boulevard in Manila is filled with a yellow ribbon on Friday, June 25, 2021, as the country mourns the death of former president Benigno Aquino III.

From expressing their gratitude online to tying yellow ribbons around trees and lamp posts, Filipinos from different parts of the Philippines paid tribute to former president Benigno “Noynoy” Aquino III following his passing on Thursday, June 24.

Several institutions including the Philippine Educational Theater Association, Cultural Center of the Philippines (CCP), and Roxas City Heritage Zone lit up their buildings in yellow to pay homage to the departed president. The CCP explained that the color was a “symbol for freedom from dictatorship and reinstating democratic institutions.”

While some individuals took to social media to say thanks to Aquino, so much so that #PaalamPNoy became a top trending hashtag on Twitter, there were also many Filipinos across the Philippines who brought their tributes to the streets.

Supporters of Noynoy Aquino offered flowers and prayers at a makeshift memorial near his residence at Times Street, Quezon City. Others, meanwhile, placed black and yellow ribbons on the fence of the Ateneo de Manila University campus on Katipunan Avenue. The wake of the former president was earlier open for public viewing at the Ateneo’s Church of the Gesu.

Some had tied yellow ribbons around trees and lamp posts, while others had set up makeshift memorials in their own areas.

Here are some of the tributes that Filipinos made for PNoy: