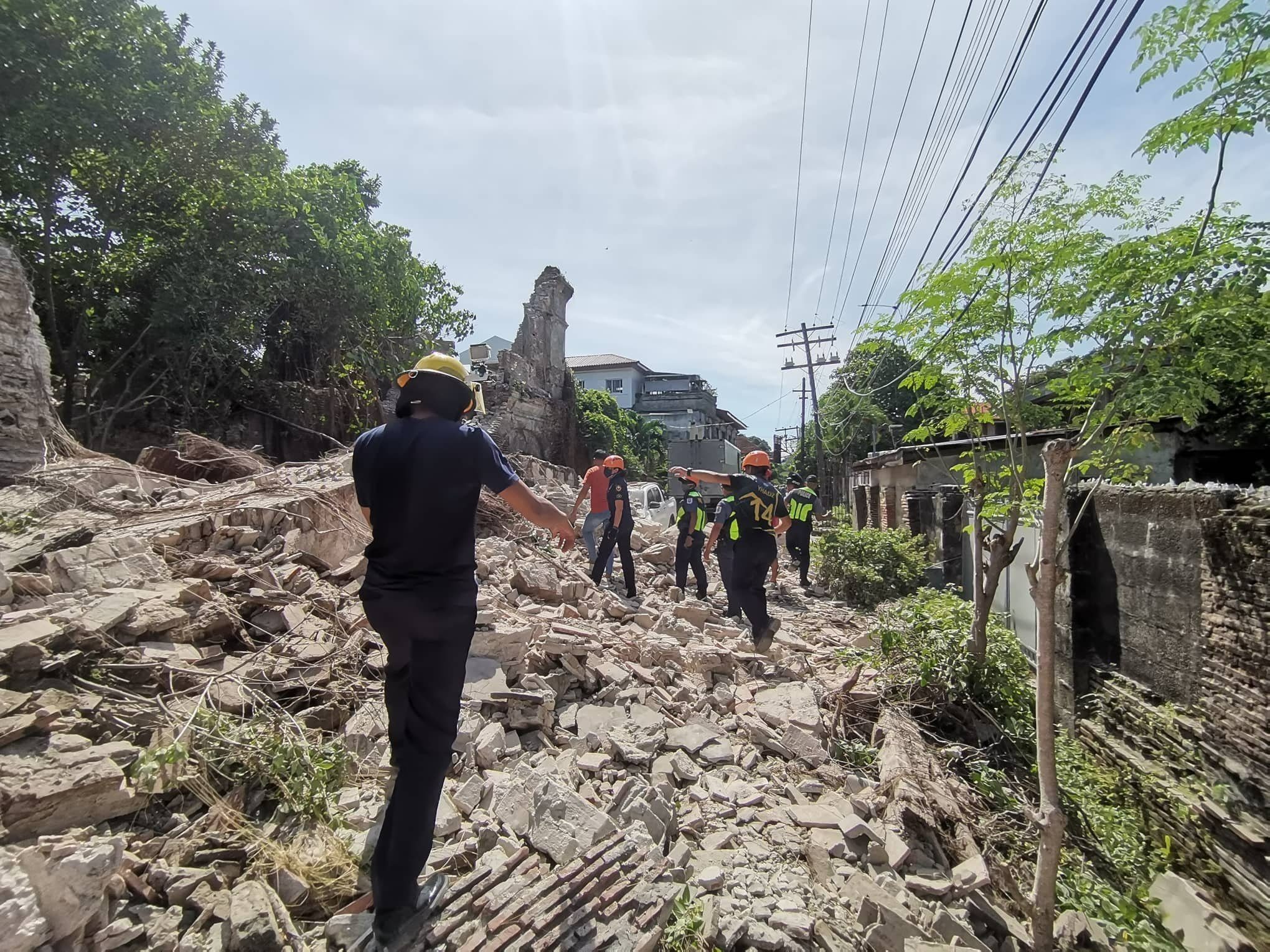 The earthquake was initially pegged at magnitude 7.3, and had struck at 8:43 am, with the epicenter located in the province of Abra. Philippine Institute of Volcanology and Seismology (Phivolcs) chief Renato Solidum says the earthquake was most likely caused by the Abra River fault moving.

At least four people in Benguet, Abra, and Mountain Province died following the earthquake, according to Interior Secretary Benhur Abalos on Wednesday.

The temblor also left a trail of damage in parts of Luzon. Among those that were not spared by the earthquake were ancient churches and bell towers located in the northern provinces of the Philippines. Below are photos from parts of Abra and other affected areas in Luzon.

Some portions of pavements at Burnham Park, Baguio City have been damaged, with cracks and fissures.

At least 19 patients, together with the watchers, of Northern Benguet District Hospital-Buguias were evacuated following the earthquake. The hospital will only be catering emergency cases until further notice.

Heritage houses along Calle Crisologo in Vigan City were also damaged by the earthquake. Following earthquake, they are temporarily closed.

As of 12:43 pm, Licuan-Baay (Abra) MDRRM Council updated that multiple roads were made impassable, with reported stranded travelers along major roads.

Landslides blocked off roads along the Tocucan-Sadanga section of the Bontoc-Kalinga Road with debris, rendering the roads impassable. The Tocucan-Bontoc Road was already cleared and made passable as of 12:58 pm.

Czecilia De Leon is a Rappler intern from CIIT College of Arts and Technology. She is a 4th year Multimedia Arts student, focusing on video graphic motion.