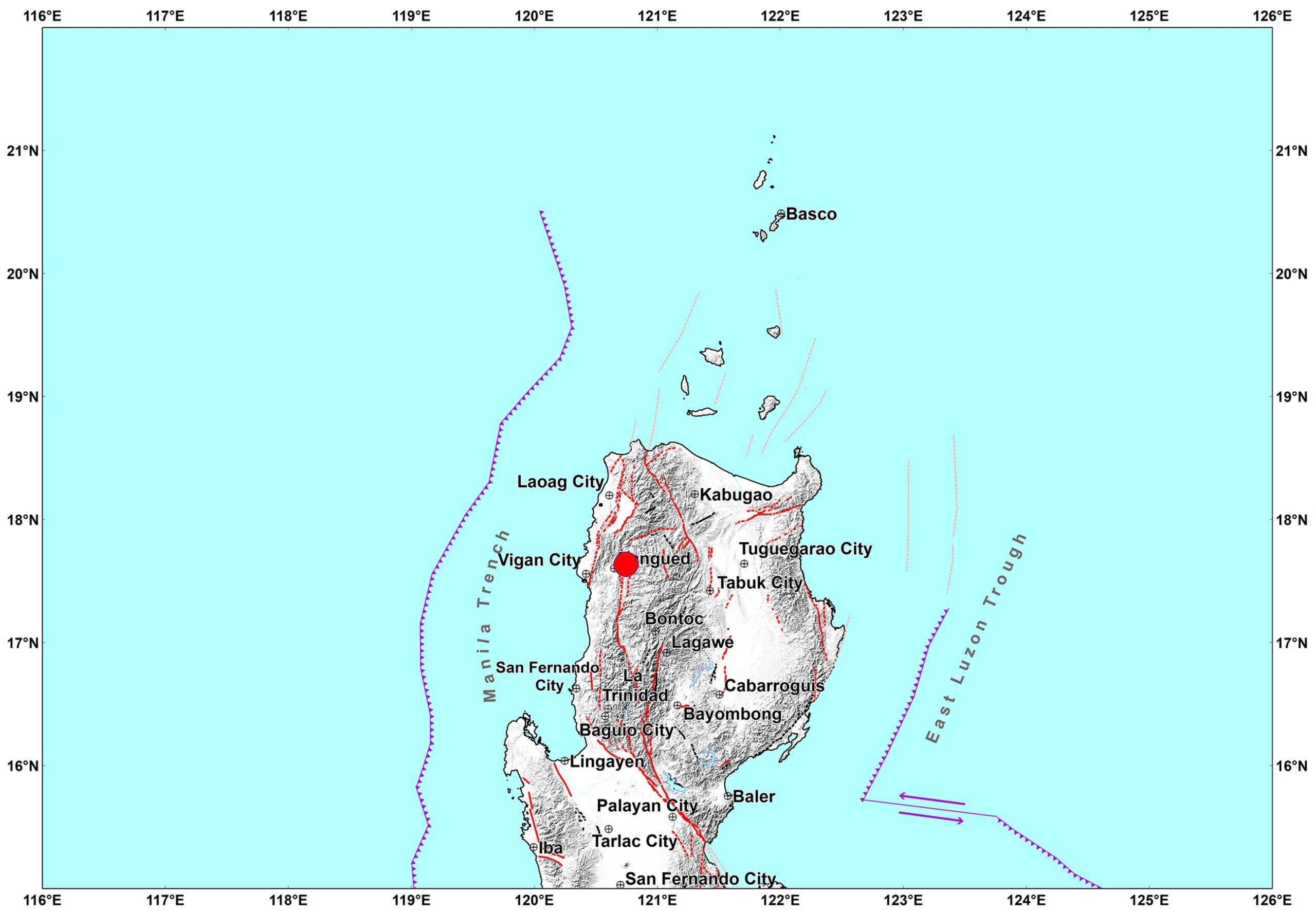 MANILA, Philippines – A magnitude 7 earthquake rocked the island region of Luzon on Wednesday morning, July 27, with the epicenter located in the province of Abra.

The Philippine Institute of Volcanology and Seismology (Phivolcs) initially pegged the earthquake’s magnitude at 7.3.

Phivolcs said the quake struck at 8:43 am on Wednesday, at a depth of 15 kilometers – shallower than the initial 25 kilometers stated in its bulletin. The agency warned of damage and aftershocks.

In a statement, Abra Representative Ching Bernos confirmed the quake caused damage to homes and establishments.

“I urge everyone to stay alert and to prioritize safety in light of the possibilities of aftershocks that might be felt after that strong earthquake. We are monitoring the situation on the ground and gathering information on the extent of the damage to the province,” Bernos said.

“My office is also actively coordinating with proper authorities on what can be done to assist families and communities that were severely affected by this earthquake.”

The quake was also felt in other parts of Luzon, including Metro Manila. Phivolcs said the following are the reported intensities:

President Ferdinand Marcos Jr. vowed swift response in the aftermath of the earthquake.

(Despite the saddening reports about the damage brought by the earthquake, I am ensuring swift response to address the needs of our affected countrymen.)

Press Secretary Trixie Cruz-Angeles said in a briefing on Wednesday that Marcos plans to visit Abra once it is determined that it is safe for him to travel. – Rappler.com