Jan 12, 2016 2:15 PM PHT
Facebook Twitter Copy URL
Copied
The INC, meanwhile, says the Manalo siblings were allowed to stay in the compound only as a 'privilege' because they are family members of Eraño Manalo 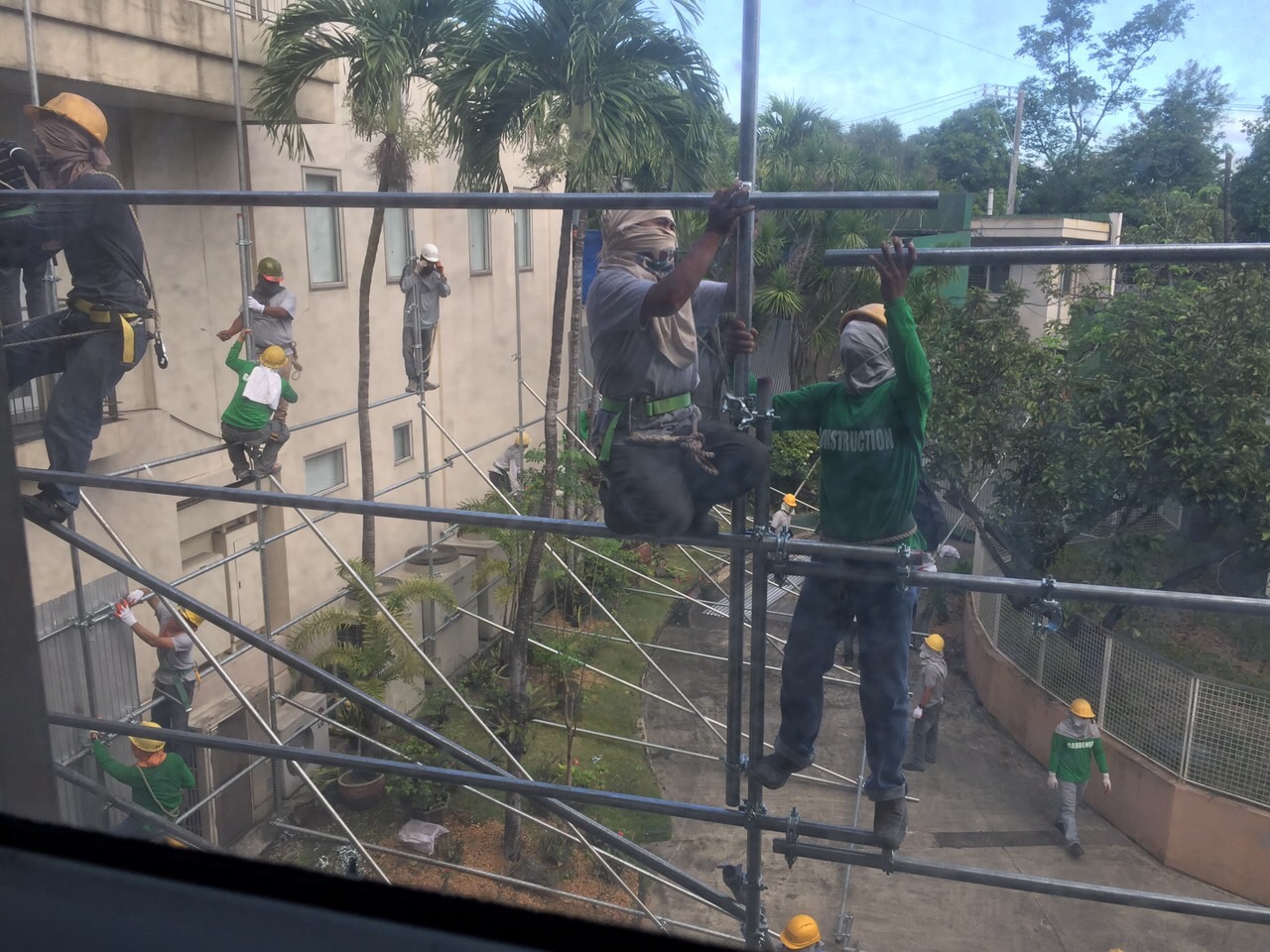 MANILA, Philippines – The estranged siblings of Iglesia ni Cristo (INC) leader Eduardo Manalo want the church to explain why it should not be cited in contempt for its “patently illegal acts” in relation to the contested property on 36 Tandang Sora.

In two omnibus motions filed through their lawyers before the Quezon City Regional Trial Court (QC RTC) Branch 222, Angel and Lottie Manalo said the INC should be made to explain its “blatant disregard for court process” when it allegedly allowed workers to construct fences inside 36 Tandang Sora – the Manalo siblings’ residence and currently the subject of competing ownership claims. (READ: What’s happening inside the Iglesia’s 36 Tandang Sora?)

This comes 3 weeks after Judge Edgar Damacio Santos ordered the INC to “temporarily stop” any construction at the compound. The Manalo siblings’ lawyer, Trixie Cruz-Angeles, earlier told the court how fences had been put up to effectively wall in the siblings even after an ocular inspection conducted by the court sheriff last December 15. (READ: INC’s Angel Manalo to brother Eduardo: Don’t fence us in)

Speaking to reporters on Tuesday, January 12, Angeles said the fences remain in place, forcing visitors to climb a 9-foot fence, scale the roof, and climb back down a 7-foot ladder.

She also said that all entrances and exits of the Manalo residence have been walled off, with the fences set against the windows and blocking sunlight.

“At the time the sheriff was making an inspection of the subject property, an inspection that they asked for, construction workers entered the property and started building fences. The property is still under litigation. The petitioners have submitted their evidence but we are still in the process of submitting ours. So no ruling has been made as to ownership,” Angeles said.

“The property is in litigation and should not have been invaded. It’s not settled as to who owns the property,” she added. 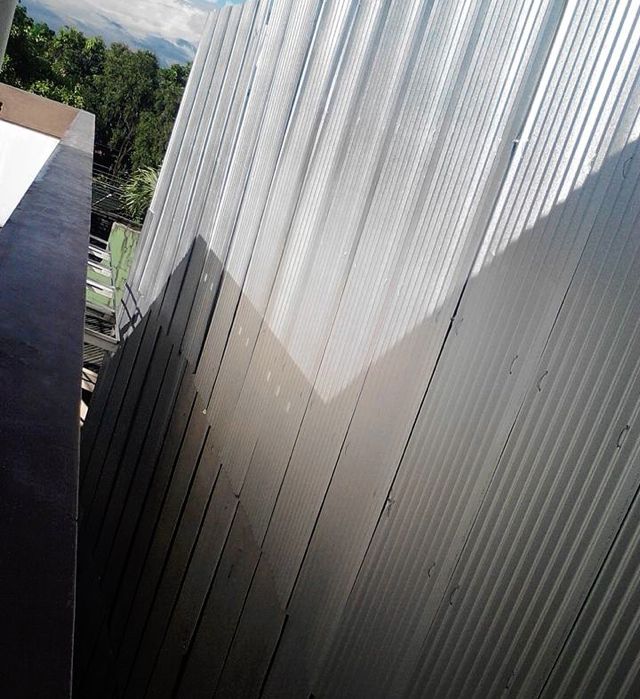 The Manalo siblings have been staying at the Tandang Sora property even after their expulsion from the church in July last year. Their brother, Eduardo, expelled them along with their mother Tenny after she and Angel claimed that their lives were in danger.

Angel later raised allegations of corruption within the 101-year-old church.

In September 2015, the INC asked the court to ban visitors from the compound due to security concerns.

But Lottie Manalo-Hemedez is challenging the church’s right to do this. Both camps are claiming ownership of the Tandang Sora property, but Hemedez claims she and her late husband, Eduard Hemedez, own the land title to 36 Tandang Sora.

The INC, meanwhile, says the Manalo siblings were allowed to stay in the compound only as a “privilege” because they are family members of former executive minister Eraño Manalo.

The church also points to a deed of sale that transfers the Tandang Sora property to the church. The document, dated April 2015, bore the supposed signatures of Lottie and her husband Eduard.

But expelled INC minister Isaias Samson Jr said this could not have been signed by Lottie’s husband, who died in April 2013 or two years before.

During court proceedings on Tuesday, INC lawyer Wilfredo Santos said the Manalo camp has yet to provide the names of people living within the compound – a provision that both camps had earlier agreed on.

But Angeles countered that the INC has also yet to comply with its part of the agreement to remove the guardhouse outside the Manalo residence.

She also said that the Manalo camp should also be given the names of the construction workers who entered the property.

“If petitioner gets to demand the names of persons living with respondents, then fairness demands that the respondents in turn get to demand the names of the people who have invaded the property, the construction company that built the walls, the security personnel who assisted in the invasion, and who in turn threatened the people living there, including counsel who was present at the time,” their motion read.

The Manalo camp had earlier accused the INC of harassment to force them to vacate the property. A guardhouse and portalet were earlier put up, blocking the driveway of the residence. Electricity had also been cut off.

On December 16, the Quezon City court ordered the INC to remove the blockade at the compound and restore power at Tandang Sora.

But Angeles said the INC has yet to comply with these orders.

Power remains cut off for several weeks, with both camps refusing to pay electricity bills amounting to millions of pesos.

Angeles said the electricity bill is addressed to the INC Central Compound and not in the Manalos’ name. While the siblings can opt to request separate bills from Manila Electric Company (Meralco), she said that it will be “problematic” because the Tandang Sora property is still in litigation. 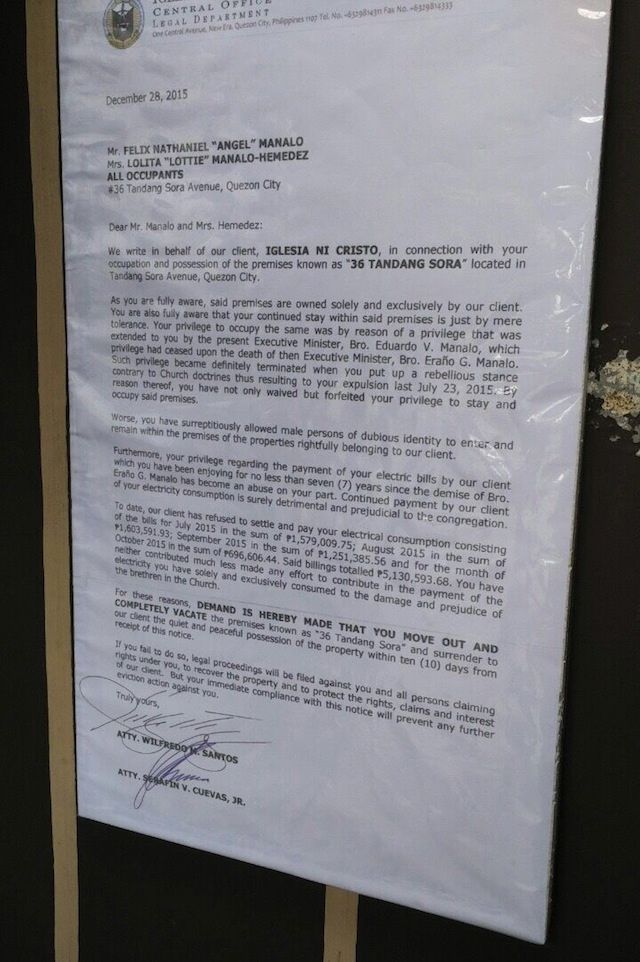 The INC, meanwhile, has written a letter asking the Manalo siblings to vacate the property.

A letter dated December 28, 2015, signed by INC lawyers Wilfredo Santos and Serafin Cuevas Jr, demanded that the siblings move out “and surrender to our client the quiet and peaceful posession of the property” within 10 days from receipt of the notice.

But Angeles said the INC has not sent a formal notice or demand letter. Should the church move to have the siblings ejected, Angeles said they will be ready with their defense.

“They can try. They are free to file any case that they want to, but the same is subject to evidence. They can try and we will have our defenses,” she said.

The continuing controversy within the influential church is the INC’s worst crisis in years, with former ministers alleging abduction and corruption within the church. – Rappler.com