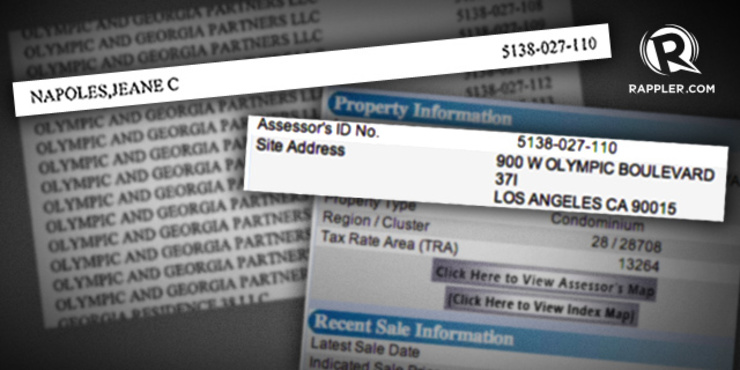 In a resolution dated November 16, 2015, Taguig City prosecutor Laarni Fabella said the stories written by Gutierrez in July 2013 were “neither defamatory nor malicious.”

“Respondent merely made a factual statement based on available informations, without even giving her opinion and the source of which are from Jean’s own blog which were made available to the public in the first place,” the prosecutor said.

She added, “There being no element of malice, we find that there is no probable cause to charge respondent with libel.”

In August 2013, Napoles sued Gutierrez, then a multimedia reporter of Rappler, for writing about the lavish lifestyle and P80 million luxury condominium owned by her daughter, Jeane. She wanted Gutierrez to pay P10 million in damages and attorney’s fees for allegedly causing her family “grave humiliation and distress.”

In her complaint, Napoles also said that Jeane had to be hospitalized due to the stress that the articles supposedly caused her.

In her counter-affidavit filed in September 2013, Gutierrez said the libel complaint was baseless, saying she did not “act with malice” in reporting Jeane’s lifestyle.

Gutierrez said her stories were factual statements based on previous media reports and statements, public records, as well as photos that Jeane herself uploaded online. Her lawyer is La Salle Law Dean Jose Manuel Diokno, a longtime human rights lawyer.

“I did not act with malice but with good reason and justifiable motive. Since Janet Napoles is a public figure and the matter is one of public interest, Janet must show the presence of actual malice for her complaint to prosper,” Gutierrez said. (READ: Napoles lawyer threatens, Rappler replies)

The detained Mrs Napoles is accused of running fake non-governmental organizations to siphon off billions of lawmakers’ development funds. In April 2015, she was sentenced to reclusion perpetua for illegally detaning Benhur Luy, her relative and former assistant who became the whistleblower on the scam. – Katerina Francisco/Rappler.com