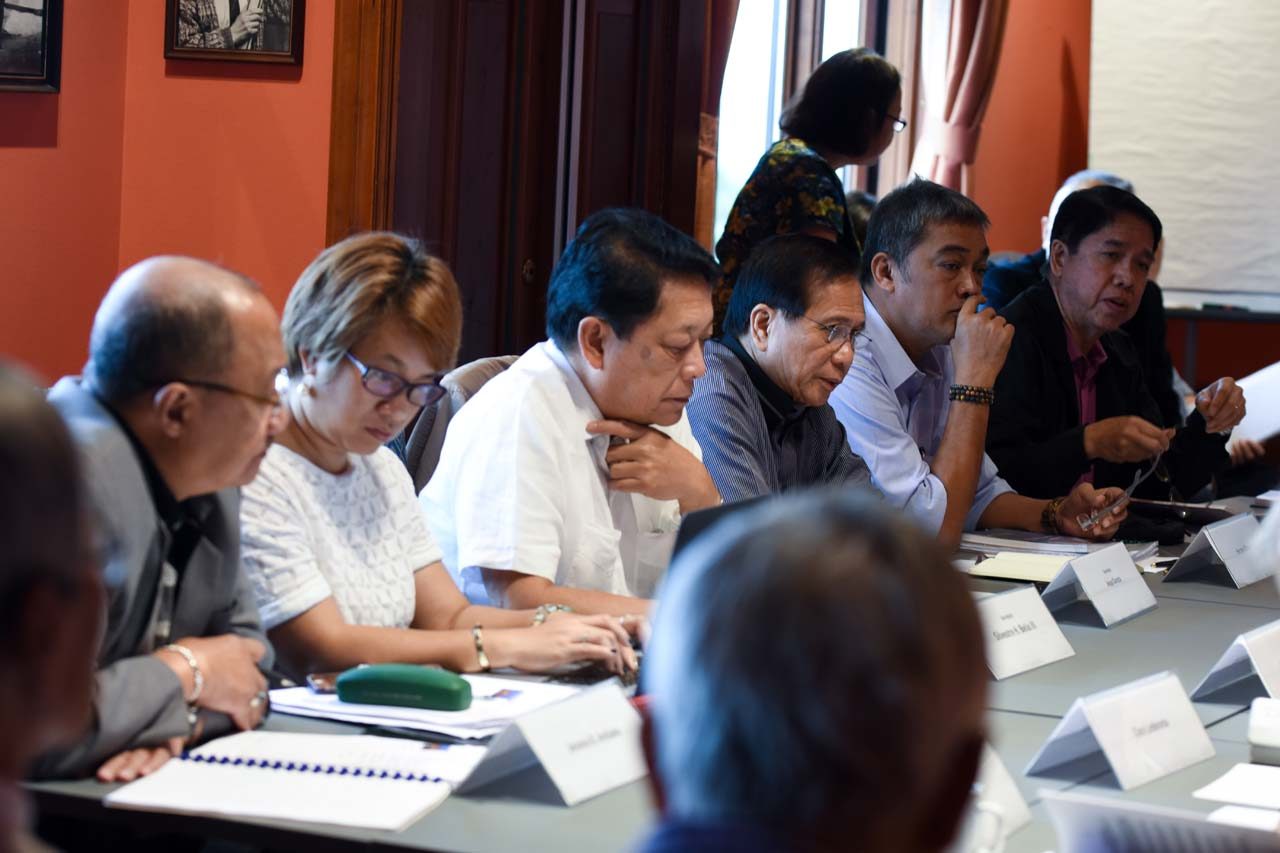 MANILA, Philippines – A draft amnesty proclamation covering a total of 434 detained communist rebels was submitted for the approval of President Rodrigo Duterte, according to government negotiator with the National Democratic Front (NDF) Angela Librado Trinidad.

“We have in our possession a stamped receipt of our endorsement letter together with the draft proclamation. It was received by the Office of the Executive Secretary,” Librado said.

The draft amnesty proclamation covers tagged leaders of the NDF and its political and armed wings Communist Party of the Philippines (CPP) and the New People’s Army (NPA), respectively, based on a list submitted on September 15 by NDF chief negotiator Fidel Agcaoili.

They include the 22 NDF consultants released for the 1st round of talks in August. (READ: WHO’S WHO: Political prisoners released for Oslo peace talks)

The NDF has been pressing for the release of all “political prisoners” as a necessary “incentive” for the communist rebels to agree to a bilateral ceasefire agreement that will lay down rules on the ground for the military and the NPA.

The release of the 22 alleged NPA leaders paved the way for the NPA to match the military’s indefinite unilateral ceasefire after the 1st round of talks in August.

Clashes have stopped but there are reports that both the military and the NPA combatants are growing restless, protesting against each other’s activities. (READ: Communist rebels to Duterte: Tame the military)

A bilateral ceasefire agreement is crucial because it will establish common rules for both camps to follow – what activities are allowed and where are they allowed – in order to avoid misencounters.

An amnesty proclamation is not up to the President alone, however. It has to be approved by Congress.

But government chief negotiator Silvestre Bello III assured the NDF that it is only a matter of time.

“I see no reason why we cannot do it the way we are accelerating the peace process,” Bello said.

Librado said the government is also reconstituting the Presidential Committee on Bail, Recognizance, and Pardon (PCBREP) to facilitate the immediate release of prisoners on humanitarian grounds.

“The guidelines have already been signed by the Secretaries of the 3 departments (Departments of Justice, Defense, and Interior and Local Government) and is on its way to the Office of the President for review and signing,” Librado said.

The last time the government granted general amnesty was after the 1986 EDSA People Power Revolution that toppled the Marcos dictatorship. Previous amnesty proclamations for prisoners after that covered military rebels and Muslim guerrillas, as well as communist rebels who wish to avail of the government social integration program. – Rappler.com