Jan 4, 2017 11:14 AM PHT
Rappler.com
Facebook Twitter Copy URL
Copied
In its motion for reconsideration, the Office of the Special Prosecutor says the Sandiganbayan 'clearly went beyond its authority' when it required the prosecution to present weightier evidence than what is required in determining probable cause on the case 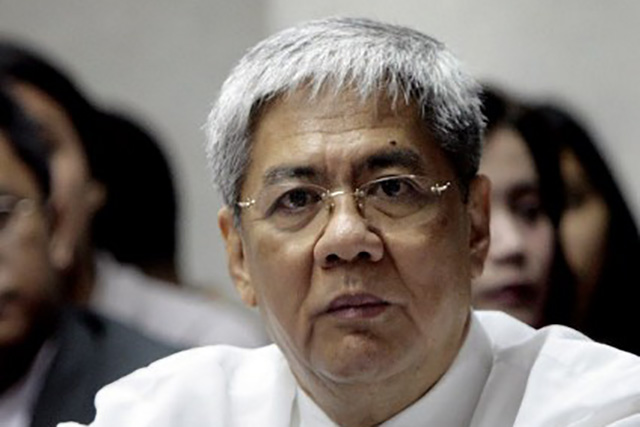 MANILA, Philippines – State prosecutors have asked the anti-graft court Sandiganbayan to reconsider its decision to junk the plunder case against former agriculture officials and others over the P723-million fertilizer fund scam.

In its motion for reconsideration, the Office of the Special Prosecutor (OSP) argued that the Sandiganbayan’s Second Division overstepped its authority by requiring the prosecution to present weightier evidence than what is required in determining probable cause on the case.

Associate Justices Samuel Martires, Michael Frederick Musngi, and Geraldine Faith Econg affirmed the initial findings two years ago that there was no evidence against Bolante and the other defendants.

In its petition, the OSP argued that the court “clearly went beyond its authority at this stage of the proceeding.”

It noted that the court, in justifying the dismissal of the plunder case, “actually used not mere probable cause for the issuance of warrants of arrest but either prima facie evidence or the quantum of evidence that is needed to hold an accused accountable or liable, which necessarily means proof beyond reasonable doubt.”

Prosecutors said it was premature for the court to demand that they present their evidence at the early stage of the case while the Sandiganbayan has yet to issue warrants against Bolante and his co-accused.

It added that Bolante’s direct participation was shown by his request to the Department of Budget and Management to release the entire P728 million to the DA, and his submission of a list of proponents that were not qualified under the Agriculture and Fisheries Modernization Act (AFMA).

“Accused Bolante and Poliquit caused the downloading or distribution of the FIFIP fund to different DA Regional Filed Units, disregarding the official list of allocations. There were 76 proponents under the original list who were not given funds,” the OSP said.

The private defendants in the case allegedly conspired to defraud the government under the Farm Input and Farm Implements Program (FIFIP).

The Sandiganbayan’s 2nd Division ruled in November that there were was insufficient basis to sustain the case, even after it allowed former defendant Jose Barredo to turn state witness.

Barredo, who admitted direct involvement in the scam and working with the private defendants, claimed thousands of bottles of liquid fertilizer were purchased from Feshan Philippines Incorporated, and resold at a much higher price to local government units, by prior arrangement with lawmakers, governors, and mayors.

He said he personally delivered the “SOP” or the kickback of lawmakers and local politicians. The fund transactions were reportedly funneled through his own bank account with Landbank at its Roxas City branch.

The witness said the bank account remained active, which means records of fund movements can be traced.

The court said, however, that Barredo’s information failed to compensate for the weaknesses of the government case, particularly the absence of evidence that Bolante amassed at least P50 million, the threshold amount for plunder. – Rappler.com