‘No tax reform, no infrastructure’ – DOF 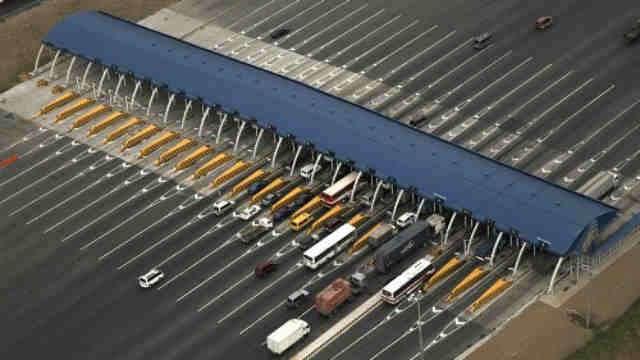 MANILA, Philippines – Department of Finance (DOF) officials emphasized the need for Congress to pass the administration-proposed tax reform bill so that funds will be available for key infrastructure projects in 2018.

If the bills are passed, the DOF expects an additional P1 trillion for the 2018 national budget, enough to fund road and flood-control projects.

“No tax reform, no infrastructure. So we will just muddle through,” Finance Undersecretary Karl Kendrick Chua said in a Palace news briefing on Friday, January 27. (READ: Rich, not poor, to bear the brunt of oil, automobile tax)

“If tax reform is not passed, we will have difficulty funding these infrastructure projects. It’s there in the budget but in the form of unprogrammed funds. This means we can’t start on them because there aren’t enough funds,” he added.

Chua presented a list of the projects that the tax reform package would be able to fund, if passed:

The Duterte administration’s proposed tax reform package calls for income tax exemption for those earning P250,000 or below annually.

This tax exemption will lead to government revenue losses which would be offset by the staggered increase in excise tax on petroleum products and automobiles, and taking out value-added tax (VAT) exemptions on non-essential products.

The package also suggests a P10-per-liter tax on sugared beverages.

The tax reform package would raise P162 billion for the government, said DOF Assistant Secretary Paola Alvarez. Without this, the government’s infrastructure program would lack funds.

“We won’t be able to raise P162 billion which is a big thing because some infrastructure projects are already in the pipeline. So this will be a big setback because we can’t implement the scheduled projects,” said Alvarez.

Though the Duterte administration was able to get commitments for official development assistance from China and Japan, these are still not enough to fund all its target programs.

“As for the Memoranda of Understanding, there are different projects proposed but it’s still not enough, for example, for more hospitals, more irrigation projects, classroom facilities, and higher salaries for government employees like teachers,” said Alvarez.

In the House of Representatives, Quirino Representative Dakila Chuaf filed House Bill No 4774, a version of the tax reform package bill.

The DOF is in dialogue with Congress, where there is a hearing on tax reform almost every week, said Chua. – Rappler.com